Review: The Strange Case of Charlie Chaplin and Stan Laurel

Humour is a funny thing. What tickles the fancy of one person leaves another stone-faced.

The Strange Tale of Charlie Chaplin and Stan Laurel

Told by an Idiot
Company

I’m afraid I fell into the latter category for The Strange Case of Charlie Chaplin and Stan Laurel (Wilton’s Music Hall), the latest from Told by an Idiot, a company with a strong body of shows stuffed with delicious inventiveness and off-beat whimsy.

This latest includes those qualities along with numerous pratfalls. It is inspired by the fact that in 1910 unknowns Charlie Chaplin and Stan Laurel shared a cabin on a transatlantic crossing to New York as part of a music hall troupe. 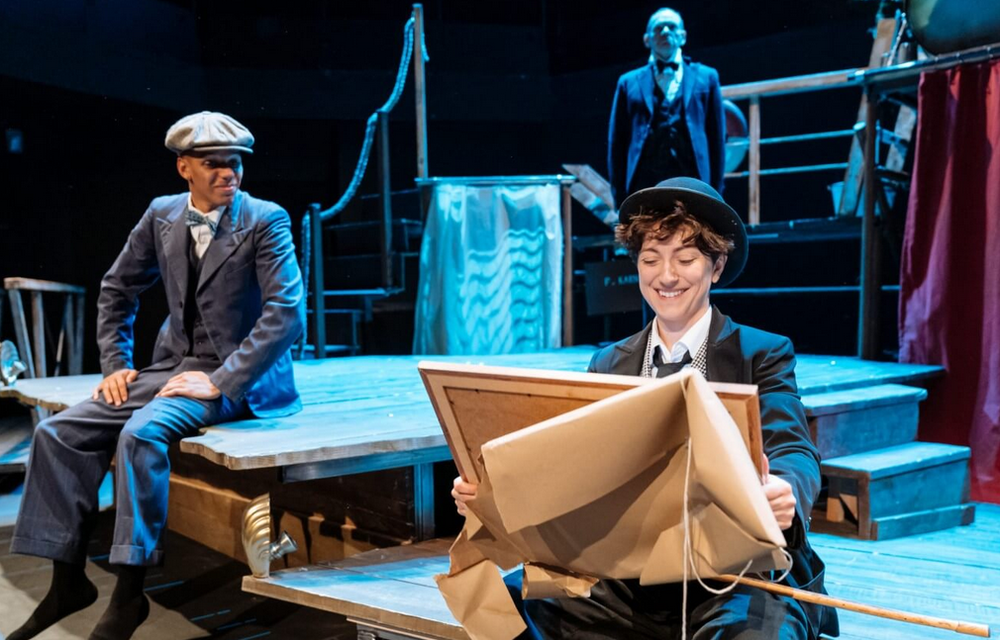 Chaplin quickly became an early 21st century superstar. Laurel went on to find world-wide success with Olivier Hardy. That much is true, but director Paul Hunter prefers to use the facts as a fantastical riff speculating on the pair’s relationship on board the boat, the influence they may have had on each other’s careers, hero worship and presenting discrete moments in each of their lives.

It’s a potentially good idea but one that unravels during an over-extended evening that is played out silent movie style. It fits the glorious Wilton’s Music Hall spiritually but is a physical squeeze with deadly sightlines for significant audience numbers. Ioana Curelea’s multi-level wooden design is ingenious and conjures the ship that carried the two unknown comics towards fame. But at times it feels as if the cast are battling both it and Hunter’s material which layers on the visual gags and the slapstick thickly. Sadly it fails to remember to tell a really good, clear story. There were times when I didn’t have a clue what was going on. 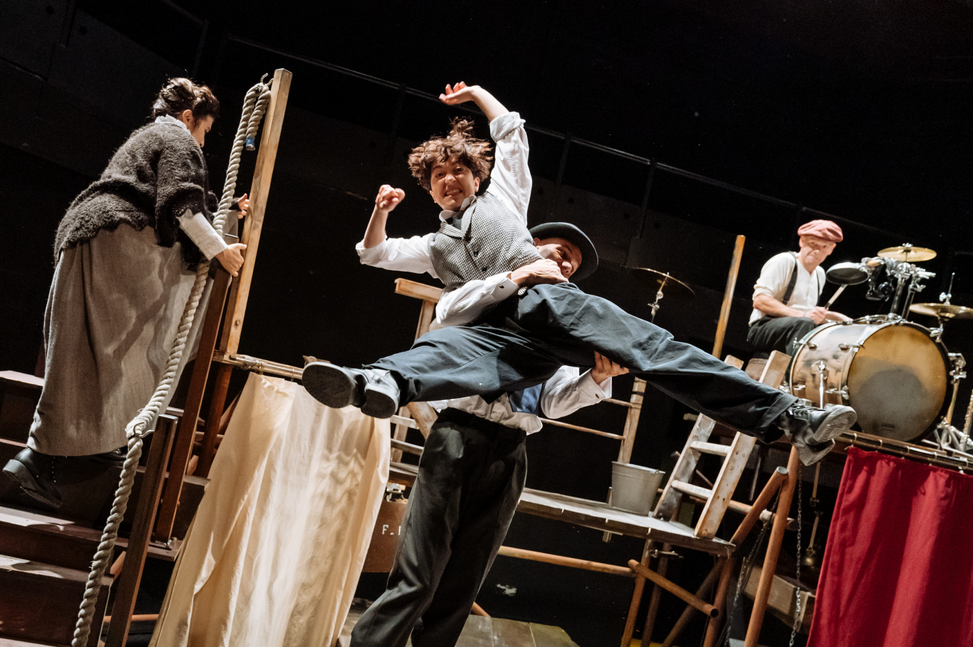 That’s wasn’t because the narrative eschews the chronological—which it does—but rather because it doesn’t connect or give us enough to emotionally connect in with the Charlie-Stan relationship. Or rather their non-relationship. Apparently, Stan didn’t merit a mention in Chaplin’s autobiography and Laurel talked about “the Little Tramp” all of his life. There is a potential richness there that goes under-explored. It’s as if writer and director Hunter is so familiar with the material, he forgets that we might not be.

The cast work extremely hard and Amalia Vitale is genuinely beguiling as a wistful Charlie Chaplin. Your eye is constantly drawn to her. Zoe Rahman’s live piano score, played by Sara Alexander, is a delight too. But I reckon that this is a real marmite show. It left me baffled and irritated but clearly gave devotees of silent movie comedy real pleasure.