Filmed at Southwark Playhouse earlier this month, The Sorcerer’s Apprentice is a new musical by Richard Hough and Ben Morales that comes with more than a sprinkle of magic.

Taking its inspiration from Goethe’s 1797 ballad (best known to most of us via the Disney movie Fantasia) it focuses on the troubled relationship between single dad magician Johan (David Thaxton) and his teenage daughter Eva (Mary Moore) who like him has a gift for magic but feels unheard and ignored by her dad.

Johan, dismissed as a Luddite in a Northern town which has rejected magic in favour of technology is on a collision course with local entrepreneur Fabian Lydekker (Marc Pickering) who has set up a refinery processing the Northern Lights. But what will happen when the Aurora is drained completely?

The show begins promisingly with an almost Ibsenite situation where Johan warns the town about the peril, but his arguments are dismissed because they threaten jobs. There is some good stuff too about the way Johan sees himself as a man of principle and at one with mother nature when he is so at odds with his own daughter. Both characters are really strong and Thaxton and Moore are good at finding the threads in this tangled relationship. 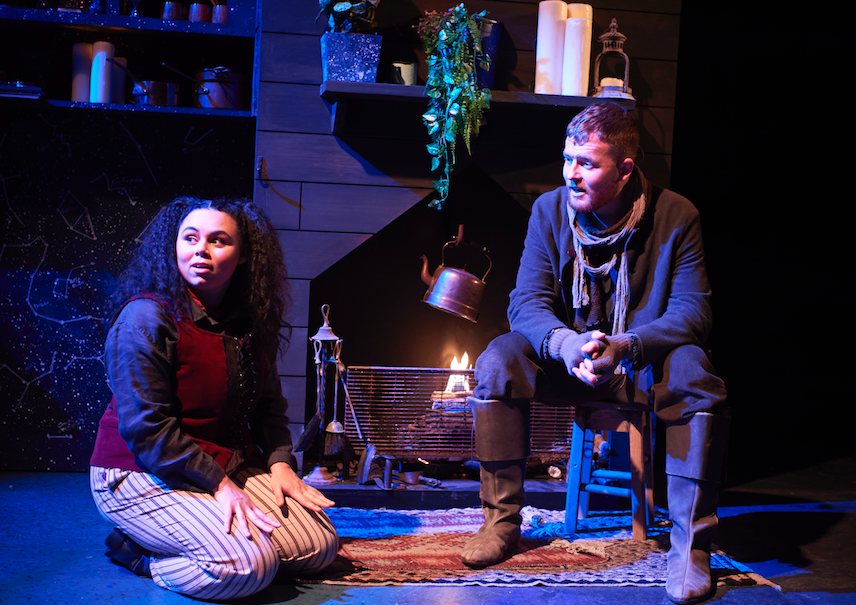 Other elements of the storytelling feel a little over familiar including Eva’s not-so-secret parentage and her blossoming love affair with Erik (Yazan Qafouri), a rationalist who comes to understand the power of magic. The show’s final “you’ve saved the world” resolution is a mite too pat, even pert. It makes the climate emergency seem as if it’s going to really easy to solve.

But there’s lots to like a show that has family appeal, songs that often genuinely feel as if they are driving the narrative forward (I particularly liked 'You Hardly Know Me'), some very nice moments of comedy and which in Charlotte Westernra’s production zips along, much helped Anna Kelsey’s design and Maia Kirkman-Richards’ puppet design. It may not light up the stage with mega-watts, but it glows in the dark very nicely. I’ll take that.

You can watch The Sorcerer's Apprentice Until Sun 14 Mar. Tickets here.