Parents often soothe their children by telling them that everything is going to be alright. Even when they have no evidence that it will be.

In Florian Zeller’s The Son (Duke of York’s) adolescent Nicolas (Laurie Kynaston) has not been alright for a long time. But his divorced mother Anne (Amanda Abbington) has only just noticed that he hasn’t been going to school for three months. She can no longer cope, so Nicolas moves into the flat that his father Pierre (John Light) now shares with his new partner Sofia (Amaka Okafor) and their baby son, Sacha.

Zeller’s play may not be quite as ingeniously slippery as you might expect from the author of The Father and The Mother, but is nonetheless full of ambiguities. One of them is the title. Clearly the play is about Nicolas—played by Kynaston with a compelling mixture of sullenness and sunshine that will feel spot-on to anyone who has lived with teenagers. But it could refer to Pierre and his unresolved feelings of being abandoned by his own father. Or indeed, the relationship that Pierre will develop with his youngest son. This time will it be alright? As a parent can you ever really get it right? 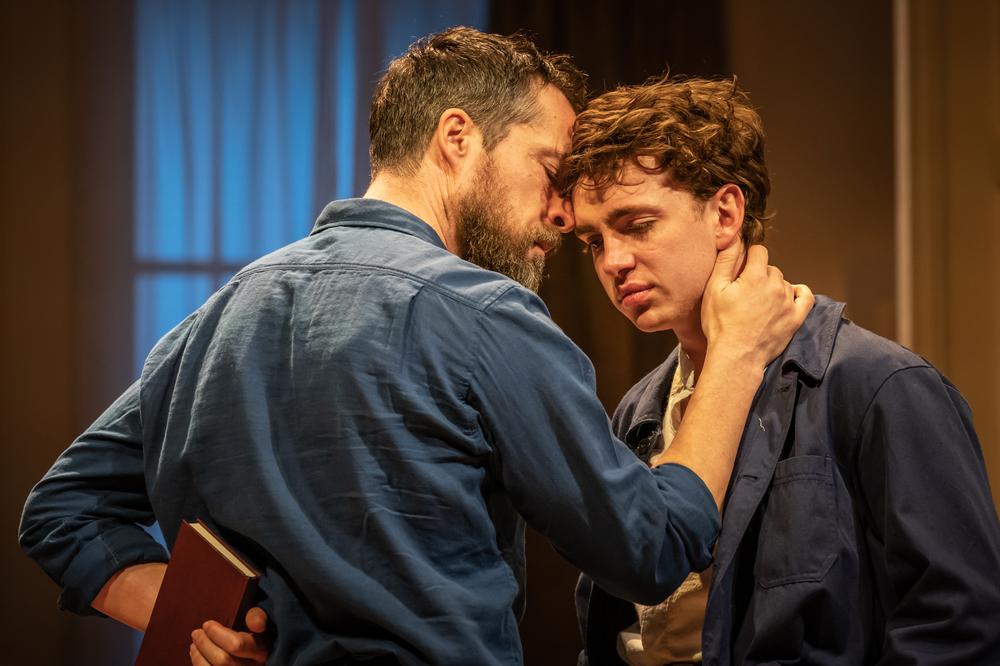 These people and their self-absorption could be irritating. They are all more stylish than Anna Wintour and live in beautiful flats. But Michael Longhurst’s production, cleverly designed by Lizzie Clachan with doors that open and shut like a series of missed opportunities, delivers the piece with a thriller like intensity so that it feels you’ve hitched a ride on a train hurtling to its doom. There are moments when there are distant echoes of Hamlet.

The actors do the rest that is needed. Abbington may not have nearly enough to do, but she suggests the impossibility of ever being truly happy when your child is in pain, and Okafor very cleverly manages the trick of conveying displeasure at the invasion of her home by her new partner’s past without appearing entirely unsympathetic. Light increasingly exhumes the hurt little boy cowering beneath Pierre’s smug exterior. 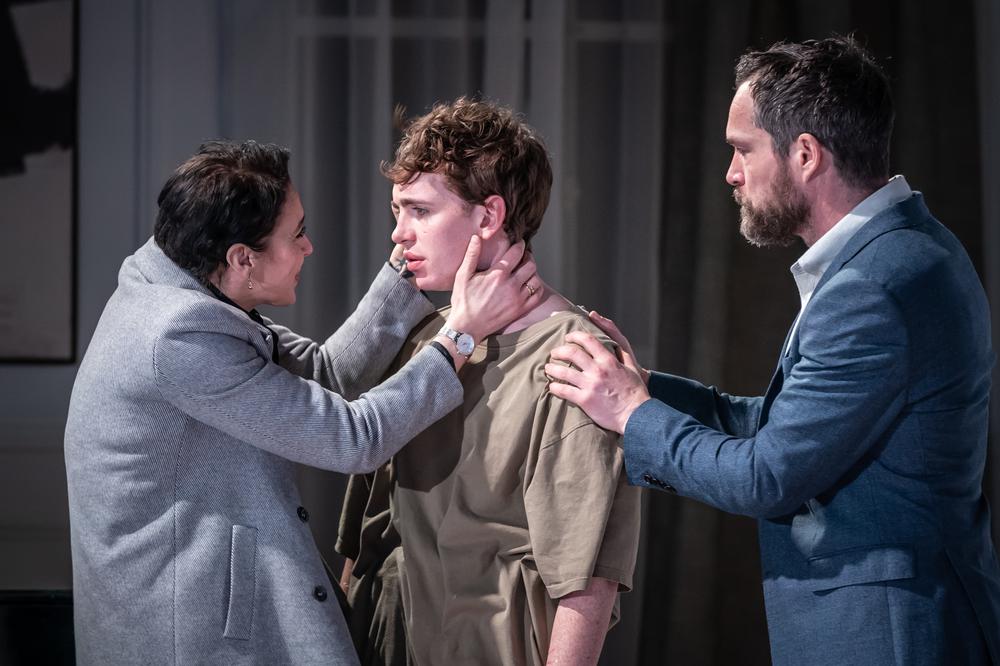 It is unbearably moving, all the more so because it also taps into the genuine joys of family life. It turns on a sixpence, demonstrating how time and time again parents fail to really listen to what their children are telling them, and then are too guilty and absorbed in their own narratives to hear the truth and choose a different door. No, it’s never going to be alright again.

The Son runs at Duke of York’s theatre until Sat 2 Nov. You can find tickets right here on Stagedoor.