Review: The Show in Which Hopefully Nothing Happens

Some of my best friends think theatre is boring. There are plenty of nights in the theatre when I think they might have a point. Then I see something brilliant and I fall in love with theatre all over again and leave the theatre giddy with excitement.

The Show In Which Hopefully Nothing Happens

But sometimes you have to sit through an awful lot of dull theatre to get the buzz. Even some theatre-makers reckon that too much theatre is excruciating. Robert Icke once told an interviewer that he found so much theatre boring that he regularly left at the interval. Anthony Neilson has declared that you can do pretty much anything to an audience but the one thing you must never do is bore them. I’m inclined to agree. You can perplex us, frustrate us and even infuriate us. But who sets out to bore us?

Well, the answer is a Dutch writer called Jetse Batelaan whose piece The Show in Which Hopefully Nothing Happens doesn’t exactly sound like a barrel of laughs. Mind you, it is at the Unicorn which in 2017 staged a play by Gary Owen and Tim Crouch called Jeramee, Hartleby and Oooglemore which consisted of just three words. I did once see a play that consisted of a single word, Murmel, but I will save telling you about that for another time. I don’t want to risk boring you. 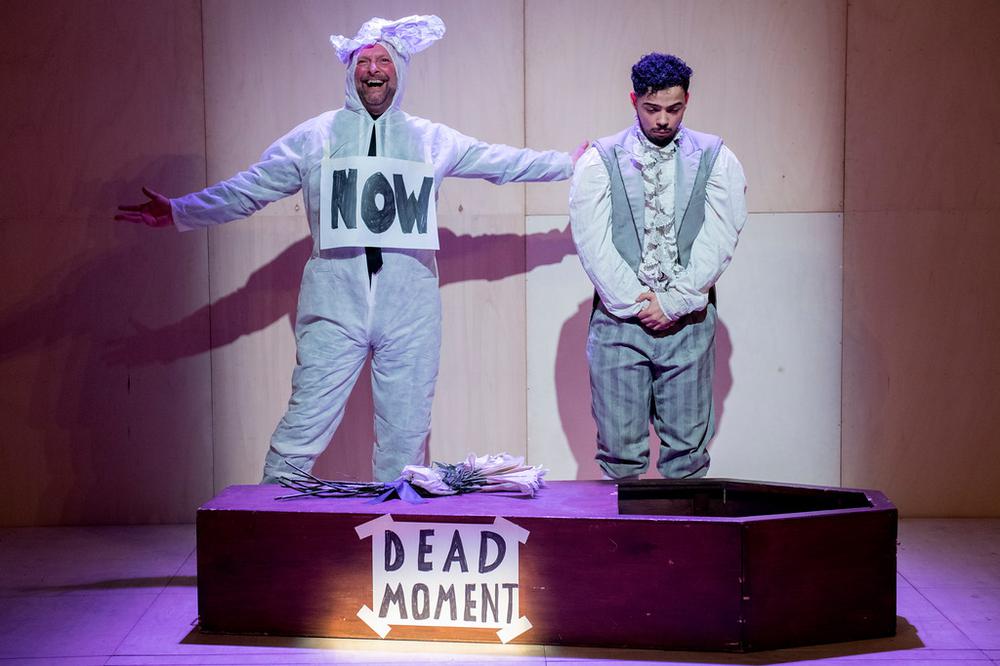 Anyway, it turns out that The Show in Which Hopefully Nothing Happens really doesn’t live up to its name even if it does make Waiting for Godot, a play in which famously “nothing happens. Twice,” look like an all-singing, all-dancing spectacular.

It is aimed at 6 to 10-year-olds which made me wonder whether it might be designed as an instrument of torture by somebody who had read too many of those articles written by psychologists who reckon that being bored is very good for children and will turn them all into Katie Mitchell or Emily Bronte. Clearly none of them had a 1970s childhood like I did where every Sunday afternoon made the prospect of eternity in hell seem quite attractive. 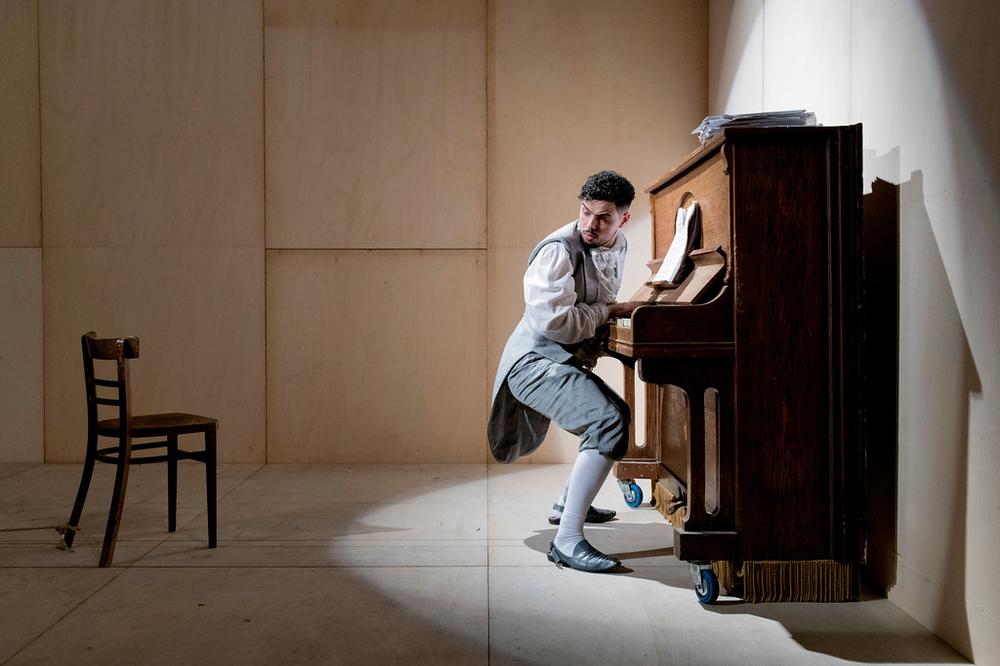 The Show in Which Hopefully Nothing Happens even begins in the most unpromising fashion possible as Nigel Barrett’s deliciously dead-pan security guard seals the theatre and leaves us staring at a bare stage. “We like to keep the stage empty,” he declares, before adding grimly: “Enjoy!” But just when you are wondering what it is that you might enjoy with little to look at, the door handle rattles and an actor—Riad Richie—attempts to make his entrance. His ploys grow ever more desperate, but he is thwarted by Nigel who insists that he is only doing his job.

What follows is a low-key but gently mad hour, enjoyable for any age, which has a down-beat inventiveness. It might be read as a satire on the ridiculousness of theatrical convention. It can definitely be seen as a comment on the absurd rules that society imposes to keep us in our place. And it might even be considered as a meditation on death. What happens to the play if the next moment never comes? What if we are left waiting without end? 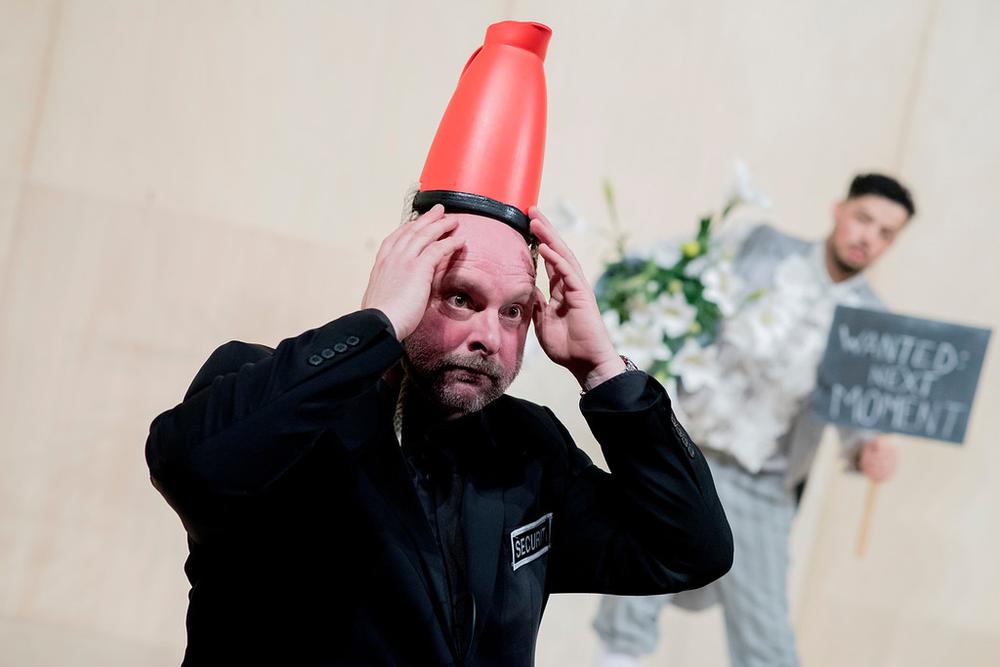 When Nigel informs his boss that there is no need to worry because nothing has happened he is not being entirely untruthful, but when he also says that there has been no fun he is telling a big lie. Imagine Samuel Beckett rewriting The Play That Goes Wrong and you have a flavour of what this is like. It's an hour which would convince even the most dedicated theatre sceptic that boring can be vastly entertaining. I didn’t yawn once, and for this particular play there can be no higher praise.

The Show in Which Hopefully Nothing Happens runs at The Unicorn Theatre until Sun 28 April. You can find tickets here.*

Tip: If you watch this play, why not share your own response here? You can collect all your theatre going experiences in one place by recording them in your Stagedoor journal.