On January 7th 1918 the great magician Harry Houdini made a real live elephant disappear from the stage of the New York Hippodrome.

In The Secret Connection, the latest of several magic based Zoom shows that have tried to bring a little wonder into our lives over the last 12 months, Dr Will Houston makes a tiny toy elephant disappear with a tongue-in-cheek bravura.

The likeable, nerdy Houston also does card and disappearing silver coin tricks. But this 75-minute show is less about using magic tricks to bamboozle the audience, and more about trying to forge links and associations between those watching. The act here is not just a magic act designed to display Houston’s prowess but the act of bringing us together.

At one point he references Kit Galloway and Sherrie Rabinowitz’s 1980 public artwork A Hole in Space, which allowed pedestrians in New York to see and converse with their counterparts in LA. By default, we think of Arthur C Clarke’s assertion that “any sufficiently advanced technology is indistinguishable from magic.” The open-mouthed awe and wonder of those long ago Americans captured on the A Hole in Space film is evidence of that. As are the faces of my fellow audience on Zoom when Houston does a really good trick, which is being delivered to us via the magic of technology. 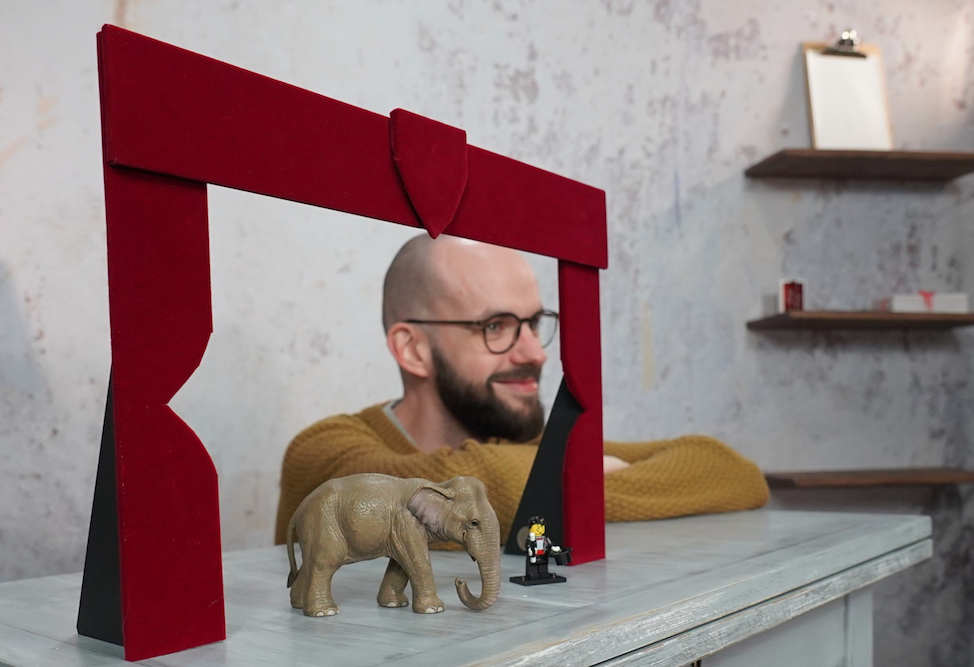 The Secret Connection starring Dr Will Houston with miniature Houdini.

One of the interesting and lesser talked about things about Zoom theatre is that you don’t just hear and feel audience reaction as you do when seated in rows in a darkened theatre. You can directly see it, and that shifts the dynamic.

The leap from magic to philosophy is not entirely seamless. Houston never quite succeeds in showing us “the peep behind the curtain” that he first promises. Sometimes it does just feel like one damn trick after another. There’s absolutely nothing wrong with that, but I get a strong sense that this wants to be more than just another magic show. To do that it needs more dramaturgy and a stronger, more flexible framework. More elephants too.

It’s a nice touch that everyone gets a magic pack (and a surprise) sent by post in advance. The final reveal (one I’ve seen in other magic shows) neatly demonstrates that our minds are putty in the magician’s skilled hands. A fun evening, including some moments when your eyes will widen. But it is nearly so much more, and it wouldn’t take much to make it more.

You can take part in The Secret Connection until Sat 15 May. Tickets here.