Review: The Rage of Narcissus

In classical myth Narcissus falls in love with his own image. He believes what he sees, doesn’t look beneath the surface and in seducing himself brings about self-destruction.

The Rage of Narcissus

The question of whether we all court self-destruction is raised in Sergio Blanco’s The Rage of Narcissus (Pleasance), a twisty, teasing piece of auto-fiction that is like finding yourself dropped into a storytelling labyrinth or a hall of mirrors full of distorting deceptions. But who is deceiving whom? How far are we prepared to be seduced?

Some may recall Blanco’s brilliantly treacherous Thebes Land at the Arcola in 2017, a story of parricide and a reworking of Oedipus myth. This is a similarly slippery theatrical encounter and one that once again is staged with pared back panache by Thebes Land director Daniel Goldman, who also translates. 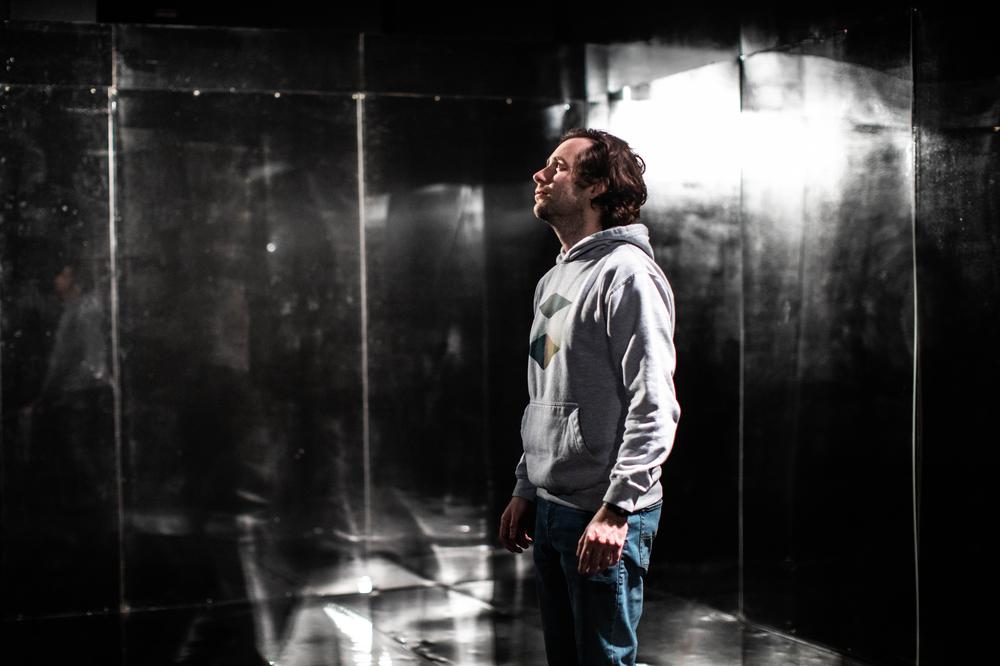 The set-up is this: Sam Crane plays Sam Crane who plays Sergio Blanco, a playwright and academic who is attending a conference in Ljubljana where he will give a paper on Narcissus in which he argues that Narcissus’ gaze is a metaphor for the artist’s gaze that brings about an act of transformation. On arrival at his hotel he looks for a man to have sex with and subsequent to the man’s departure notices blood stains on the carpet and the walls of his room.

What follows is part thriller, part philosophical lecture, part exploration of the uselessness of art and part an act of treachery in which the real and the fictional, truth and lies intersect with the odd effect of both muddying everything and yet also making it seem clearer. The trick is that even though Blanco, Goldman and Crane signal from the start where we are going, we are still lured into the dark woods of the mind. Then the twists and deceits keep coming. Right to the bitter end when self-reflection and envy entwine. 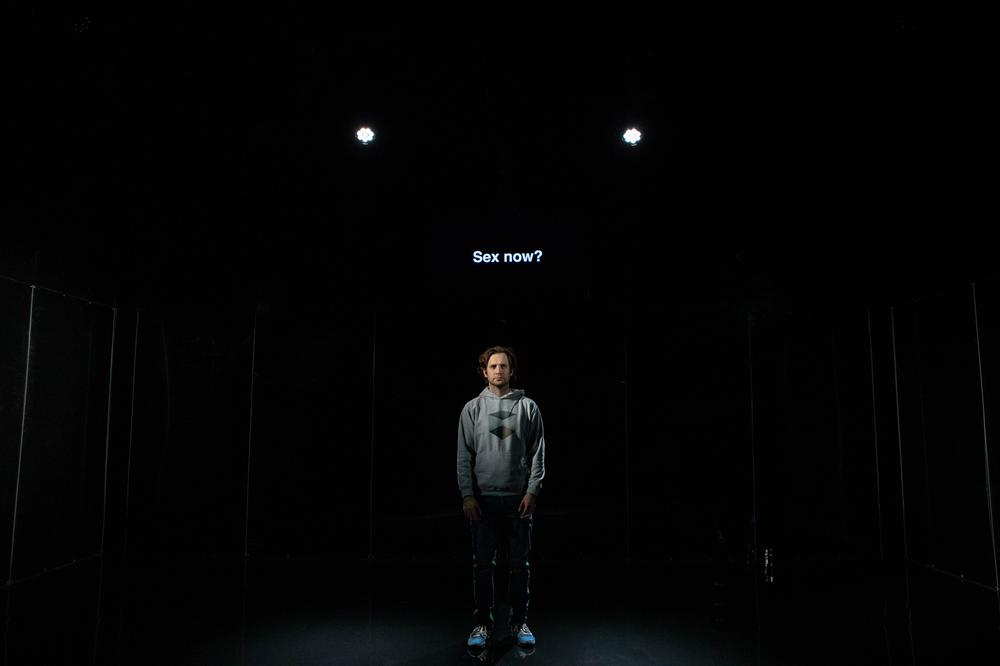 Look, this is definitely not the kind of theatre that is going to appeal to everyone and despite the references to Oscar Wilde is probably not for those who like a nice production of The Importance of Being Earnest. But in fact, like Wilde, Blanco is alert to the hypocrisies of a world where none of us look beneath the surface. It suggests that maybe it’s not just artists who are Narcissuses but all of us, playing the central role in our own self-obsessed narratives. Like the self-important academics who eat canapes and murmur platitudes while the far right rises in Europe and refugees drown we direct our gaze inward. We can’t take our eyes off of ourselves. Natalie Johnson’s reflecting design makes that quite clear.

This may not quite have the charge of Thebes Land, and at times the form makes it seem quite dry, calculated and emotionally cool. That’s probably not surprising in a piece about a man so lacking in emotional connection to other human beings. But it is also itchy and distinctive, intellectually probing, different from any other play on in London and it boasts a quite brilliant and seductive performance from Sam Crane. Definitely not pleasant; undoubtedly unsettling.

The Rage of Narcissus runs at Pleasance Theatre until Sun 8 March.