Review: The Night of The Iguana

With the iguana—destined for the cooking pot—desperately scratching away under the veranda, it’s a long old night for the troubled residents of the rackety Costa Verde hotel on the West Coast of Mexico in 1940.

The Night of the Iguana

Mind you, it’s a long old night too for the audience watching James Macdonald’s impressively unsentimental but overly stately revival of Tennessee Williams’ 1961 Night of the Iguana (Noel Coward Theatre). It’s a peon to tethered creatures of the human kind. 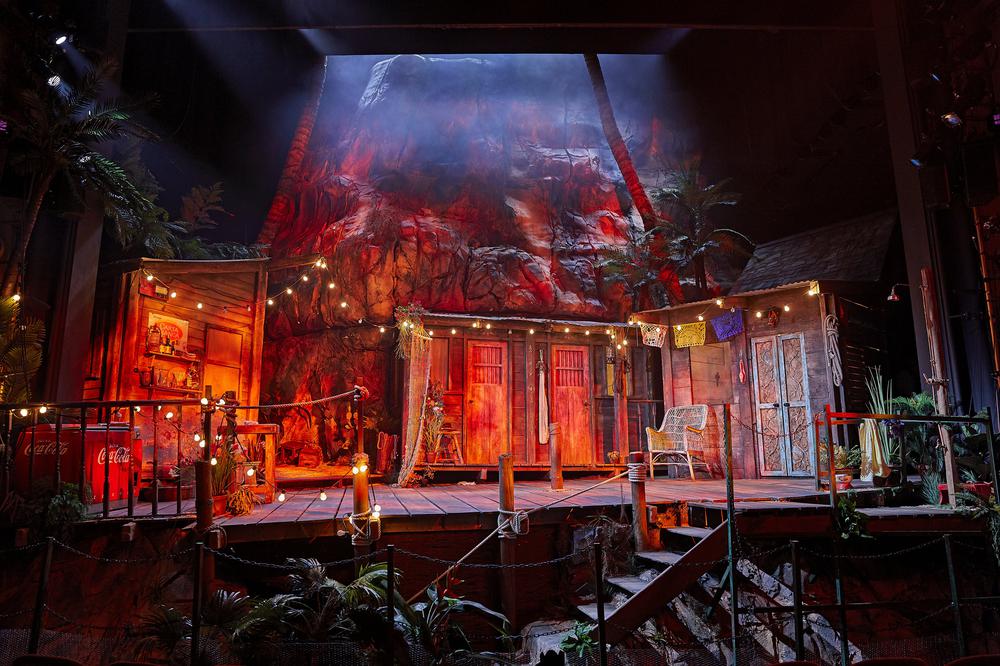 This was Williams’ last Broadway success but, over-cooked with symbolism and blowsy in construction, it is no Streetcar or Glass Menagerie. It boasts those plays’ compassion but not their craft. Neither does Macdonald find a way to stage minor Williams in a major key as Rebecca Frecknall did so brilliantly with Summer and Smoke. There’s nothing delicate about this big, old-fashioned evening which features half a storm-drenched mountain on stage and a hurricane of melodrama. 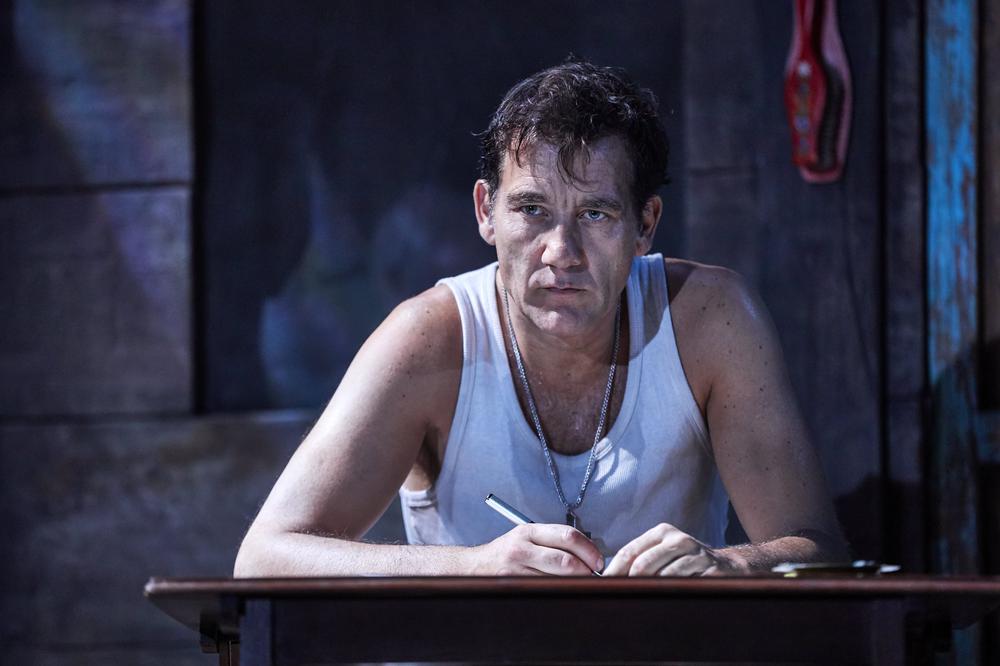 Clive Owen looks the part as disgraced Episcopalian priest turned tour guide, T. Lawrence Shannon, who pitches up at the hotel on the verge of a breakdown. He's greeted delightedly by Anna Gunn’s Maxine, a sensual merry widow who only fed her husband to the fishes a fortnight before, but is hungry for Shannon in her bed. The arrival of Hannah (Lia Wiliams), a genteel hustler who is wafting her way across the globe with her nonagenarian grandfather (Julian Glover), injects tension as she and Shannon recognise something buried deep in each other. 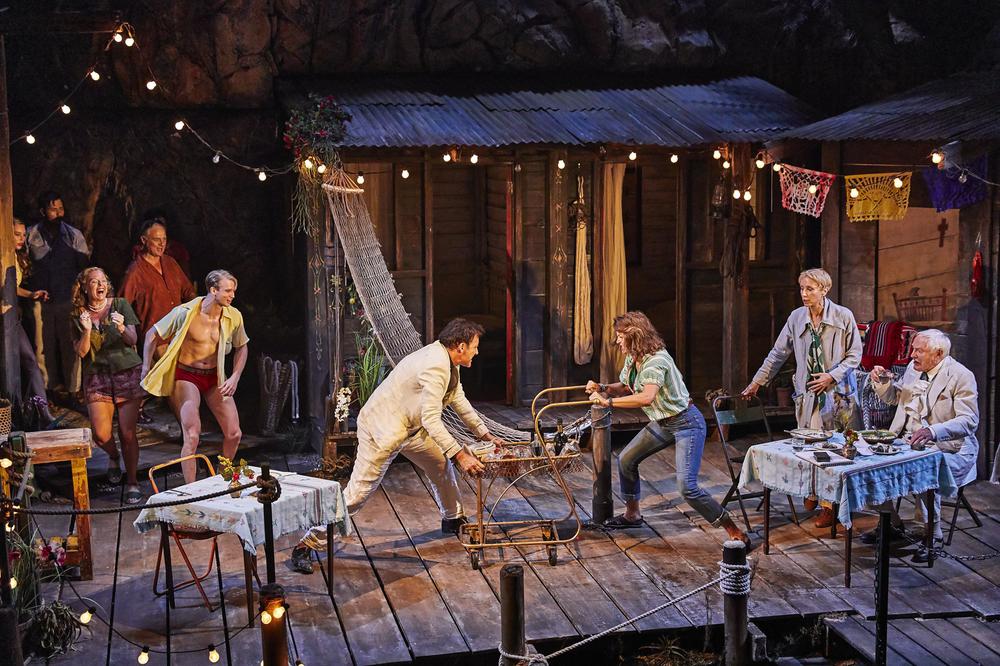 The first half is pretty turgid; the second infinitely more gripping, and there is a luminous grace in the final scene in which two lonely people, incapable of truly giving themselves to others, connect with a devastating intimacy. But goodness it’s a long time coming and there is quite a lot to put up with along the way, some of it distasteful, including Shannon’s penchant for seducing and slapping teenage girls, rape jokes, and a clutch of cartoon German tourists with Nazi sympathies and sadistic tendencies.

Some of the playing of minor characters is unsubtle. Owen is effective at suggesting a handsome man going to seed but is better at conveying Shannon’s feverish intensity than he is at showing us his terrible, mighty despair. Gunn gives it her all as the sexy Maxine, a woman with a vast appetite appetite for life who is a natural survivor. 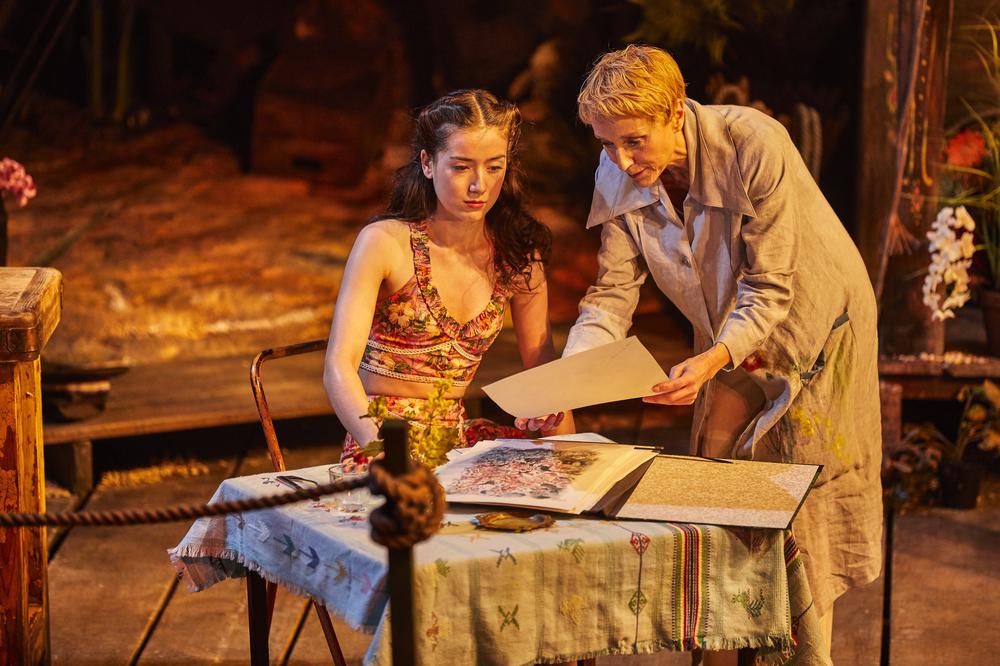 Best of all is Wiliams as Hannah. Despite an accent which suggests that she hails from Tunbridge Wells rather than Nantucket, Williams makes us see the inner hinterlands of a woman who, with the dogged persistence of a medieval saint, has chosen her own solitary emotional path, stony and difficult though it may be. In the end I was moved, but to get to that point you have to chain yourself in for a long journey.

The Night of The Iguana runs at the Noel Coward Theatre until Sat 28 Sep. You can find some great deals on Stagedoor, with tickets starting at £20