Sixteen-year-old Carys (Bethan McLean) is no saint. She’s in detention, and eager to get away and join a friend at a pub.

But she’s also displaying the external signs of sainthood: the wounds of Christ on her hands and feet. Her science teacher, Sian (Bethan Mary-James) thinks there is a rational explanation and that Carys is self-harming. She wants to try and help her pupil. Particularly as Carys’ online video is going viral. But who is the wiser of the two, and who really needs the most help?

Set in a classroom in a Catholic secondary school in Merthyr Tydfil, Lisa Parry’s gritty two-hander, The Merthyr Stigmatist, was originally scheduled as part of the Sherman’s 2020 Autumn season but has now been filmed and is available online. It is well worth your time as Carys and Sian square up to each other and have more in common than it might first appear. Carys certainly knows more about Sian than her teacher knows about her, and as an hour elapses and the town’s male voice choir make their ghostly unseen presence apparent beyond the classroom windows, the stage may-- or may not-- be set for a miracle. 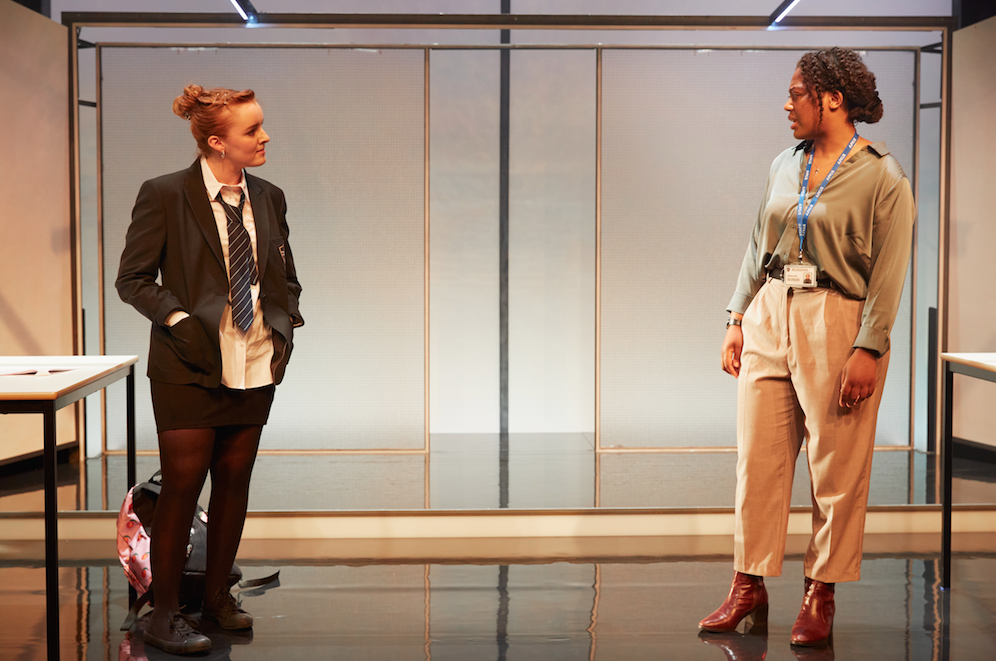 Parry’s wonderfully human and humane play is very good on the hurts of teenagers and the inequalities of the relationship between students and teachers. Most of all—just as Carys herself expresses—this is a play that has a biting anger about the thwarted futures of bright young people living in the Valleys.

Sian insists that Carys only hope is if she passes enough exams to go to university. But as sharp as a knife Carys observes, is it so clever to rack up mountains of debt? Must she leave to gain opportunity? Carys loves the place she lives and the connection she has to it, even if she doesn’t love the way people from the town are viewed, the way she is constantly made to feel invisible. Why can’t her hometown supply the opportunities and future young people like Carys deserve and need?

Emma Callander’s neatly acted production boasts immediacy and intimacy. If at times it doesn’t quite hold back on some of the script's more melodramatic moments, this snapshot of unseen lives is at its best like watching a thrilling ping pong match, and Elin Steele’s design ensures that it reaches a satisfyingly ambiguous climax.

You can watch The Merthyr Stigmatist online until Sat 12 Jun. Tickets here.