If the Macbeths’ child had survived, would the pair have embarked on their bloody killing spree? Or might they have settled down to play happy families rather than succumbing to murderous ambition?

Hill’s staging first surfaced as a studio production at Citizens Theatre in 2017. This reimagined digital version acknowledges its theatre origins in its beginning and its end, but is shot in black and white and makes the most of the story's filmic possibilities, making it feel as if the pair are caught in a never ending bad dream. Stuart Jenkins’ lighting is particularly impressive, creating a shadowy, almost hallucinatory feeling as the Macbeths descend into a murderous nightmare, one that centres entirely on and around the marital bed in the bedroom whose drawers are filled with the evidence of their lost child. 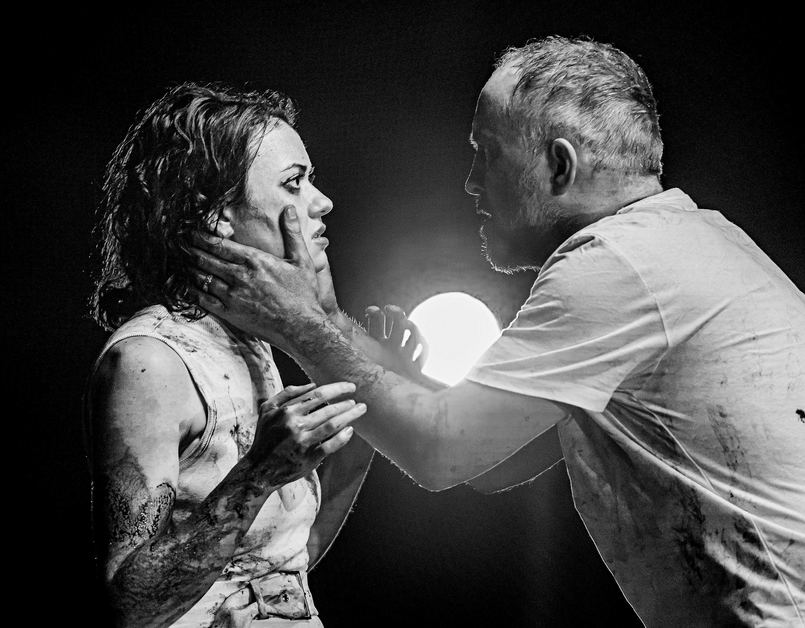 This is effectively a two-person version of the play in which the outside world intrudes via reel-to-reel tape-recordings: the witches are like static interference, and the slaughtered Macduffs live on in the taped cries of children and a baby. Not surprisingly, Lady M just can’t stop playing it.

You might argue that this approach means that the play is robbed of its wider political context, but there are bonuses too. In illuminating the private passions at work here, we get a real sense of what drives this couple and how things might have turned out differently if it was not for a mixture of grief and their own psycho-sexual dynamic. 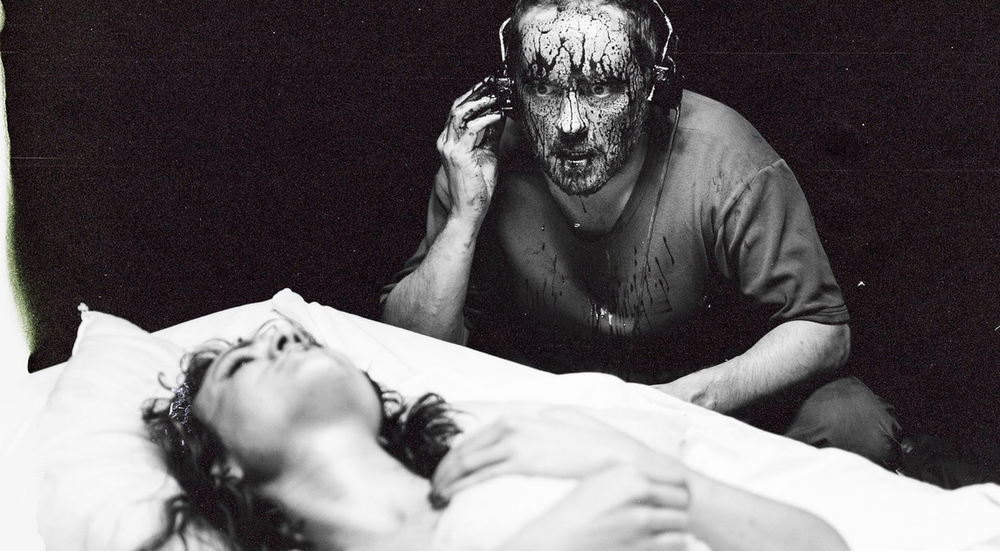 There are some great moments, including a post-murder interview as if by the police. The pair’s knotted, bloody hands speak eloquently of their guilt but also the road to self-destruction that they are already walking hand in hand. It’s neat too to see Lady M putting on her “false face” with lipstick and mascara. By distilling the play down to a two-hander, Hill and Poet ensure that she remains in the drama until its bitter end, never just an accessory to his story but fully complicit in these crimes of the heart.

You can watch The Macbeths online for free until Wed 30 June. Details here.