Theatre, of course, is a mirage. It makes you believe in something that doesn’t exist. Money operates in a similar way. Like Father Christmas or the Tooth Fairy it only works if you believe in it. There is nothing holding it up.

Perhaps it's these similarities that offer one reason why theatre is so fascinated by stories of high finance and capitalism as demonstrated by the success of shows such as Caryl Churchill’s Serious Money and Lucy Prebble’s Enron. There was even a musical called Rothschild and Son at the Park in 2018.

Or maybe it is just that everyone knows that it is only bankers who can afford to go to the West End these days and that they like to see themselves on stage. At the Piccadilly, where The Lehman Trilogy has transferred from the National, a small glass of wine costs £9. 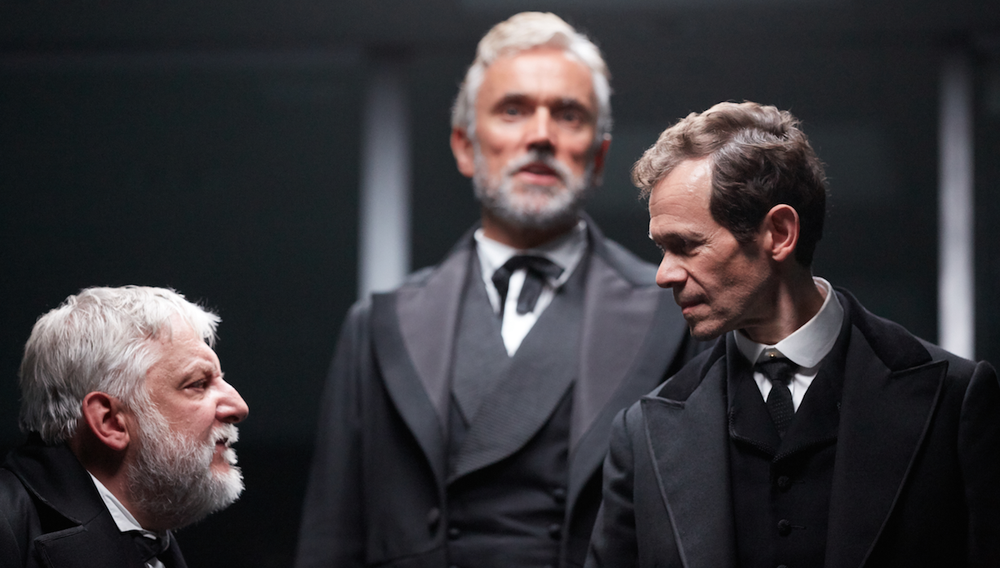 You will certainly need refreshment during Ben Power’s adaptation of Stefano Massini’s play which lasts three-and-a-half hours and spans more than a 170-years. It tells the story of American capitalism from the mid-19th century through to the financial collapse of 2008 through the story of German immigrant brothers. They arrived in the US in 1844 with dreams of opening a suit shop and surpassed their dreams by creating a financial empire with Lehman’s bank. These were men who saw the possibilities of “the magical music box called America” and found the key to wind it up. Until their successors lost it.

They began as traders in something that existed—acting as middle men or brokers between the plantation owners of Alabama—and became bankers and then commodity and futures traders. Es Devlin’s artful cube design, which comes with projections from Luke Halls that transport us from the burning cotton fields of the South to the glass towers of Wall Street, spinning in time and space as if entirely unsuspended. 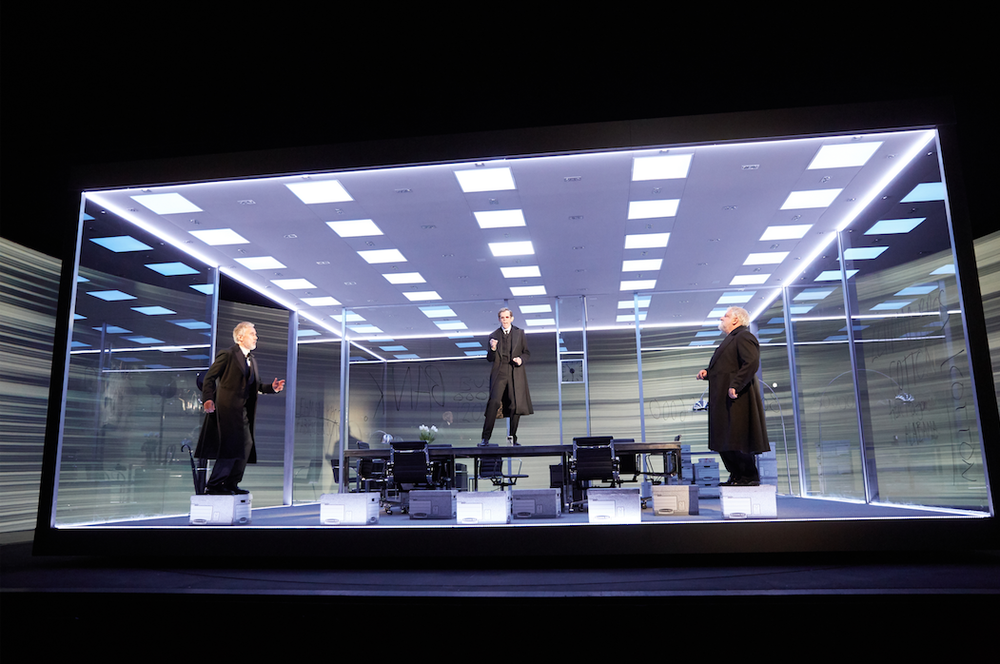 Concentrating on this single family offers both benefits and drawbacks. When the family fade from the story in the final section the focus is lost. The final 40 years of the bank’s story leading to its collapse which triggered the 2008 financial crash, becomes ever more frenetic and ever less dramatically rewarding. It never quite nails the economics that were dissected so well in The Team’s Mission Drift which was at the Shed in 2013. That captured the frontier mentality and lust for expansion that fuelled American capitalist endeavour.

By making it a family story, it also lets both the family–and by default capitalism—off the hook too as we become bound up and invested in genealogy. There are only passing references here to those upon whose labour and exploitation the Lehman riches were founded.

But there is a great deal to enjoy from Sam Mendes’ deceptively simple, pared back production to the joy of seeing three great actors–Simon Russell Beale, Adam Godley and Ben Miles—playing all the characters with such skill, playfulness and evident enjoyment. 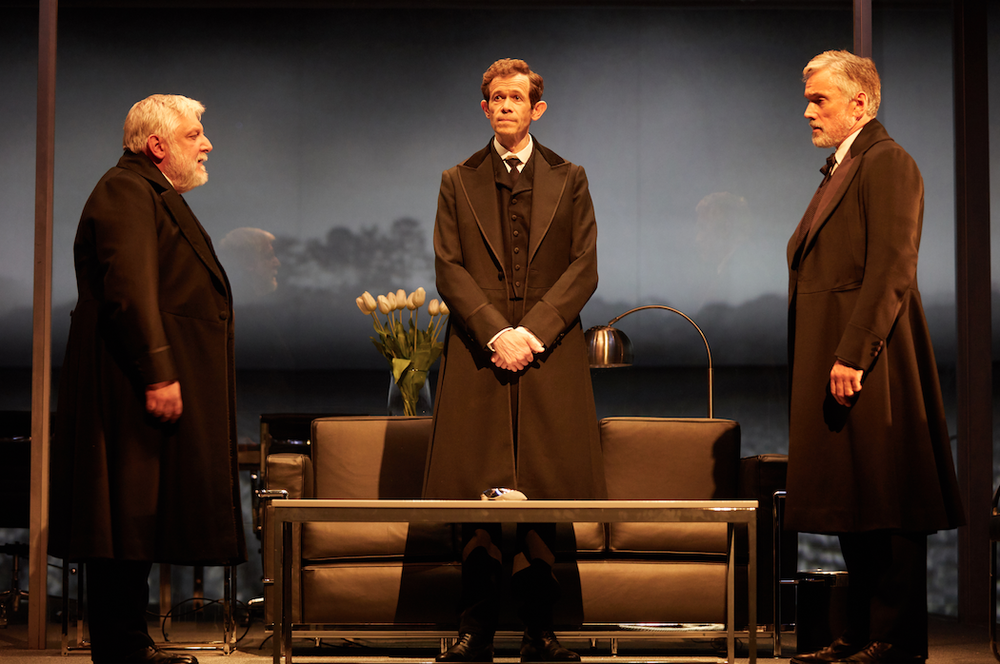 There is also something about the way the piece is structured and its use of a narration technique that always makes this an unexpectedly fascinating watch. It shouldn’t work but it does. There were several times during the evening when I felt that this was masterful in the way it walked the tightwire between the enrapturement you get when you are privately reading a really gripping book and the public act of theatre.

Eventually, of course, the Lehman family fell off their tight-rope and everything came tumbling down. But there is pleasure watching them perform their magic tricks, even if we are all still paying the consequences.

The Lehman Trilogy runs at Piccadilly Theatre until Sat 3 August. You can find tickets here.