Review: The King of Hell's Palace

The King of Hell's Palace

Those who have lived through the famine years of the failed 'Great Leap Forward' and the upheavals and violence of the Cultural Revolution are looking forward to a better life for themselves and their children including previously undreamed-of economic prosperity.

Inspired by the work of Dr Wang Shuping, a virologist who blew the whistle on how the collection of blood plasma from Henen province farmers to sell for profit was causing an HIV/AIDs epidemic because of unsafe practices, Frances Ya-Chu Cowhig's The King of Hell’s Palace (Hampstead) offers two families whose fates are intimately tied together.

Celeste Den plays Yin Yin, a virologist, who is persuaded by her husband (Christopher Goh) and brother in law (Kok-Hwa Lie) to join them in a new venture collecting blood from rural famers. When she discovers infection and raises the alarm, she suffers the double condemnation of vilification by both family and corrupt health officials who are all benefitting from the plasma sales. 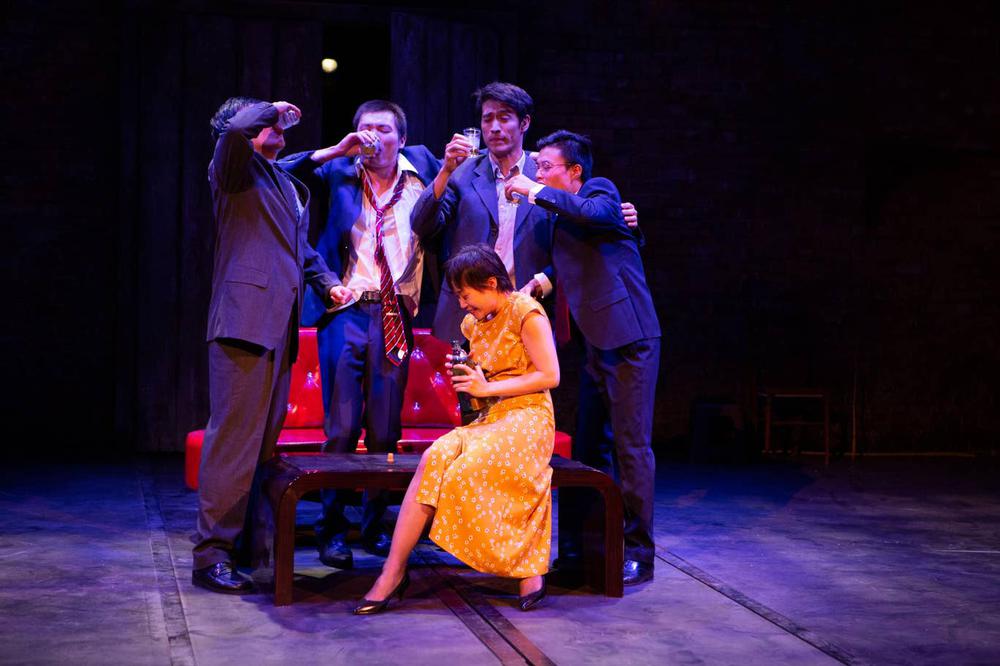 Meanwhile in the depths of the country a family of potato farmers are dreaming of owning trainers and blenders and sending their offspring to university. Selling their blood seems like a way to get rich quick and so it initially seems even if Old Yang (Togo Igawa) warns that they are selling their life force. Before long people are getting sick.

It’s a sturdy, intelligent play and it gets a production to match. In Michael Boyd’s staging the excellent ensemble double up to play members of both families so that the impacts of the actions of one family are clearly seen on another. Cowhig laces the tragedy with comedy to good effect, and if Boyd’s production, with its moving travellator, never quite conjures the required tension it seamlessly conveys a growing sense of doom as the scale of the tragedy comes apparent.

Den is excellent as a woman pained by divided loyalties who understands that she cannot stay quiet whatever the personal cost. Christopher Goh brings complexity to her husband, a man whose weaknesses are gradually exposed, and Millicent Wong is terrific as Jasmine, the apparently sweet passive nurse who turns into a ruthless schemer in her quest for profit. 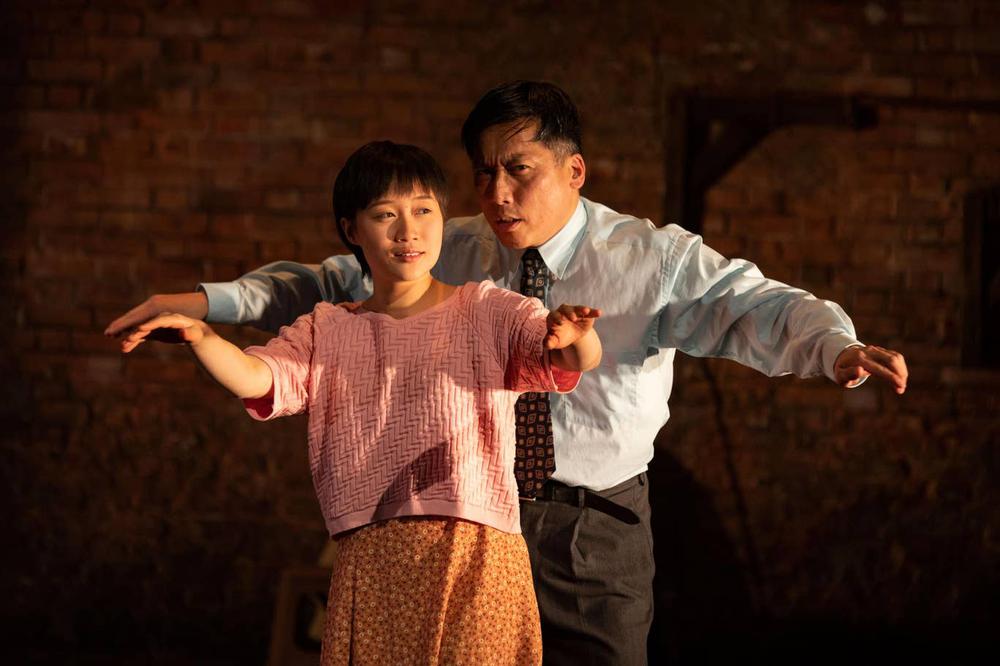 The evening races along pretty nicely but occasionally gets bogged down by the symmetries, some clunky lines, an overdose of earnestness, and a final moment of melodrama. But it is always incisive on the way people’s motivations and actions are informed by experience and by their family histories and how personal histories intersect with the history of a country in times of violence and change.

There have been reports in the media that the Chinese government has tried to exert pressure to stop this story being told. All power to Cowhig, the team and Hampstead’s new artistic director Roxana Silbert, that they are telling it. Loud and clear.

The King of Hell’s Palace runs at Hampstead Theatre until Sat 12 Oct.