Review: The Kids Are Alright

Grief is often hidden away as if it’s shameful.

The Kids Are Alright

We avert our eyes to those who howl at the moon. We want the bereaved to smile brightly, their teeth bared as if they might bite us. But in Encounter’s The Kids Are Alright (online) Karen (Carl Harrison) and Keith (Janet Etuk), whose daughter has recently died in an unspecified accident, display their grief in the sodium glare of the streetlamps on a patch of grass in the middle of a Deptford housing estate.

They let it all hang out. They scrabble in the dirt. They fight amidst the bushes. She can’t keep still; he skulks behind shrubs and uses trees as a kind of emotional evasion. They launch poisonous darts of blame at each other: “she slipped your hand, not mine.” There is absolutely nothing pretty about this piece created by Lee Mattinson and Jen Malarkey, and produced by Fuel. It makes it all the more compelling. It is an agony to watch, and I mean that as the biggest compliment. Oh, and it’s sickly funny too. Each joke like a punch in the stomach. 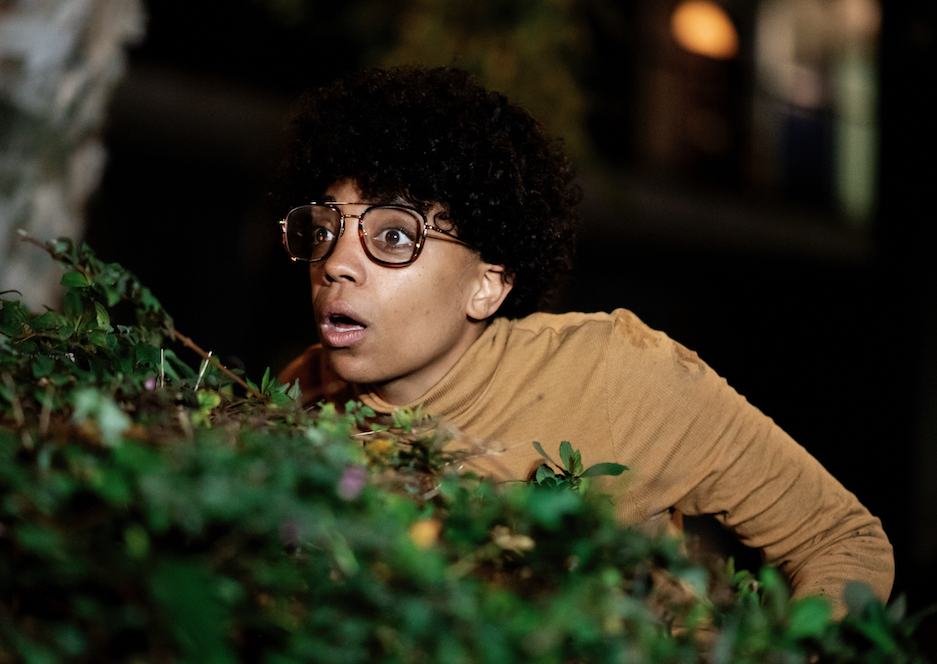 Like grief itself, the show has gone through several stages including performances in theatres and on council estates and it now manifests as a digital project shot in a single take. This brings advantages. One of the things that we all experience when bereaved is the sense of disbelief that the world still turns, and that for others life continues as normal.

Here, the bright lights of the flat windows gaze down like an unblinking, uncaring audience; people enter and leave their houses without a glance at the drama unfolding on the grass; cyclists continue on their journeys. Karen and Keith dig themselves deeper into the dirt. They look back with recrimination, they fantasise, they try to look forward. Of course, she is still alive and sitting on a warm beach in the Algarve! Maybe a Mediterranean cruise would help? Like hell, it would. 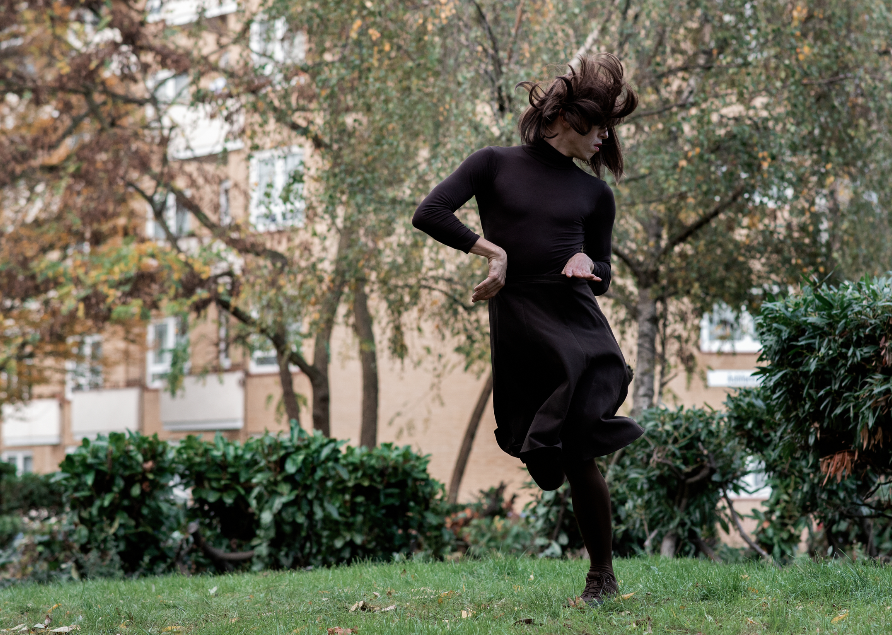 Like grief itself, the storytelling is not neat and linear but ragged and corrupted. Other stories leak into the narrative, particularly that of an American man who has lost his child. There is a riff on dogwood, dead wood and dead dogs. The latter gobsmacking, appallingly funny and featuring hedgehog Sylvanian families. If you think grief makes people behave strangely, then you haven’t met Karen and Keith.

But then maybe it’s us who behave strangely in the face of other people’s tragedy. We secretly enjoy being the uninvolved spectators of their catastrophes, using their heartbreak as an inoculation against our own potential losses. Then we are appalled when they don’t keep their dignity, or their grief and distress tidied away from view. The Kids Are Alright refuses to let us look away, and in doing so it puts us in the glare.

The Kids Are Alright is available online until Wed 2 Dec.