It arrives at the Traverse in Edinburgh on Tuesday 24 November as part of digital tour but can be accessed from anywhere in the world. It’s a clever, teaser of a show and if you like Derren Brown, you will love Silven’s spooky ability to read your mind.

What makes Silven’s mischievous show more than just a series of tricks is the way he combines misdirection and sleight of mind with narrative to tell an apparently true story from his own Scottish childhood. The show takes place live in a digital space but there are also ample films of Scottish rolling hills, pea green turf and waves slapping the shoreline.

I say an apparently true story because it would be foolish to believe everything you are told in the course of an hour-long show. Even Silven’s location is extremely doubtful. The narrative device is an immensely promising one, but despite co-opting the story-telling talents of Rob Drummond — who proved himself a master of truth and illusion in the brilliant Bullet Catch — this tale of a childhood experience, stone cairns and an abandoned cottage doesn’t quite land. 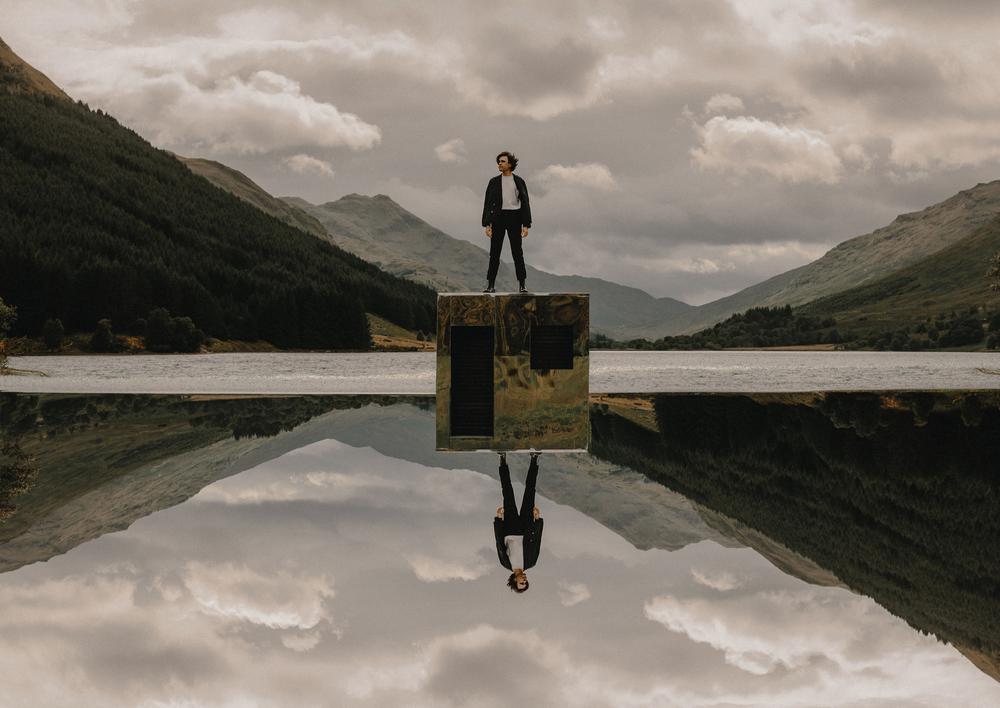 Scott Silven in The Journey. Photography by David Wilkinson

In the end you are simply waiting for the next trick rather than really investing in a story that has pretentions to examining the meaning of home and the mysteries of time and memory, but which too often simply ends up being a ragbag of new age philosophy and mysticism.

It’s a pity because the idea is a clever one, and there is a good nugget at the heart of the show about the way memory—unreliable though it may be—anchors us to the past and how without it we are cut adrift from our whole self.

But even if the show doesn’t quite fulfil its own ambitions, you have to admire its intent. Silven’s personable presence and trickery ensure that this is a hugely entertaining hour-long journey, although not the profound one it would have us believe. For many that won’t matter a jot.

The Journey is streaming until Sun 29 Nov. You can book tickets here.