When six-year-old Clara (Taya Tower) gives her kindergarten teacher, Lucas (Tobias Menzies), a heart-shaped lollipop and he rejects the gift she accuses him of inappropriate touching.

Soon the small Scandinavian town where both Lucas and Clara have lived all their lives begins to resemble Salem as more children make accusations against Lucas and the townsfolk turn against him. Clara’s father, Theo (Justin Salinger), Lucas’ best friend since boyhood, wants to kill him. 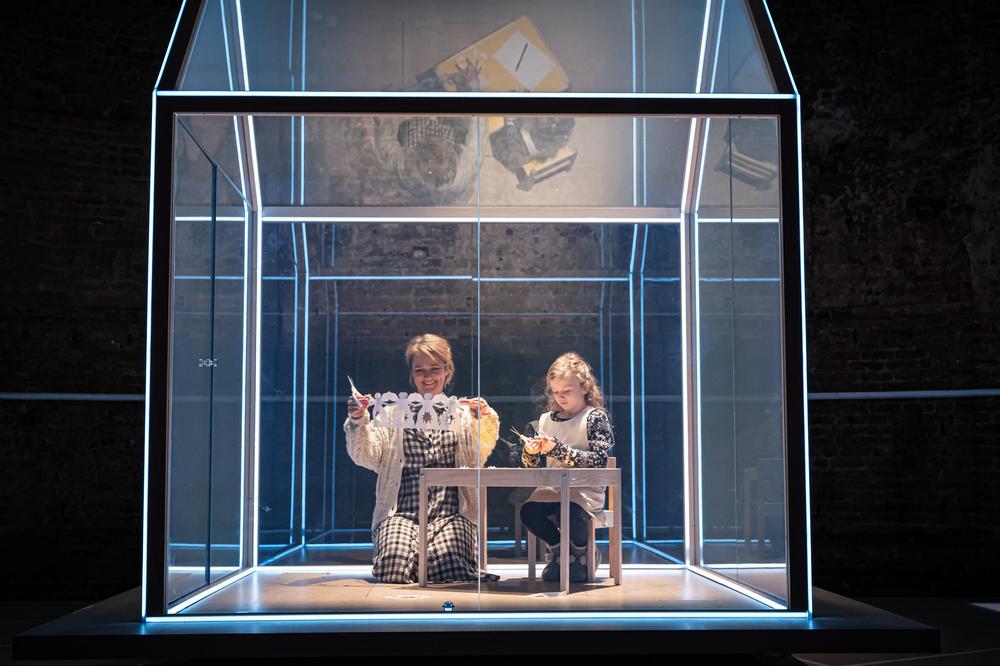 David Farr’s sharp, pared down version of Thomas Vinterberg’s 2012 movie, Jagten, gets a swaggeringly atmospheric staging from Rupert Goold at the Almeida. Right at the start the audience witnesses what passed between Clara and Lucas. It allows for no ambiguity and lowers the stakes even as Goold’s production ratchets up the tension with the help of Adam Clark’s nerve-jangling score and Es Devlin’s design which comprises a revolving platform on which is perched a small shed-like structure that resembles a child’s playhouse. It serves as school, domestic interiors, church and the hunting lodge where the men gather to drink and perform initiation ceremonies. An ancient stag is sometimes glimpsed rearing in its shadows.

This shed structure, sometimes opaque and sometimes transparent, is made of glass which, of course, brings to mind thoughts of glass houses and stones. Lucas may be innocent of the accusation but that is not to say he is innocent of failing to recognize that Clara was trying to give him her heart for safe-keeping. Perhaps he also failed his estranged wife because of his fear of intimacy too? 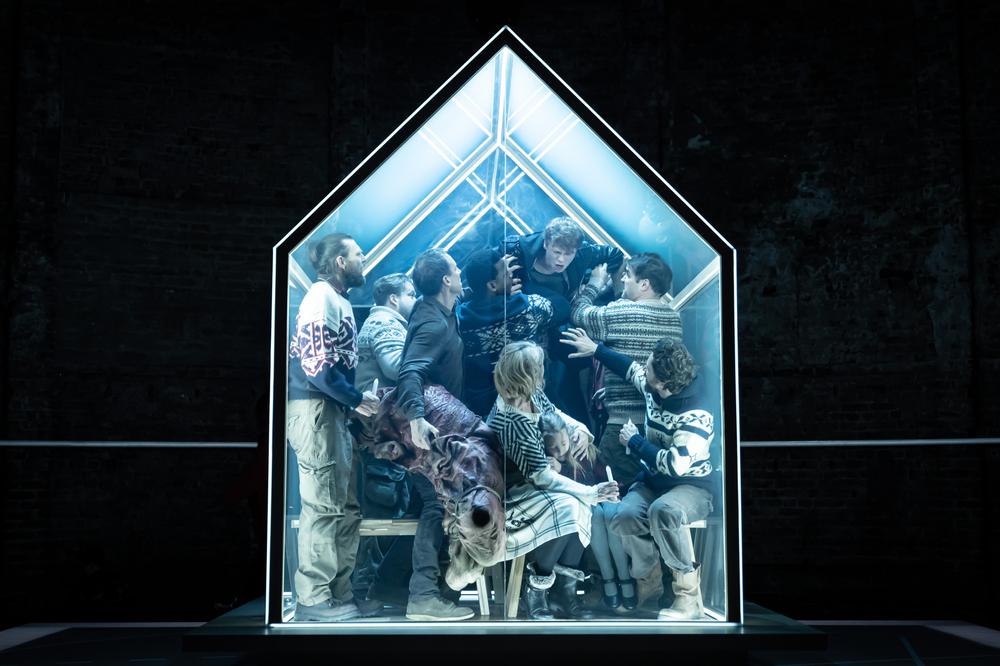 But others may be guiltier still. Clara’s chaotic self-obsessed parents do not give her the emotional support she craves, and what can it be like for Clara growing up female in a town where a male hunting culture is intricately linked to both scorn and fear of women’s power? Maybe the other men turn on Lucas so quickly because he is just not quite clubbable enough to be a real man in their eyes. He always keeps some of himself hidden away.

It sometimes feels as if Goold feels a need to pile on the Scandi-noir to keep us interested and that can come at the expense of more interesting themes around intimacy and boundaries, the difficulties of ever knowing another person, and the feeling that we and everyone else just drift through life acting a version of ourselves.

Amidst the chills and tensions of this thriller-like evening in which sides are quickly taken, and a town turns on one of its own, there is the small quiet whisper of a suggestion that listening is the key. Lucas is kind and amiable, but is deaf to his own emotions; Clara is listened to when she makes her accusation but not in everyday life. 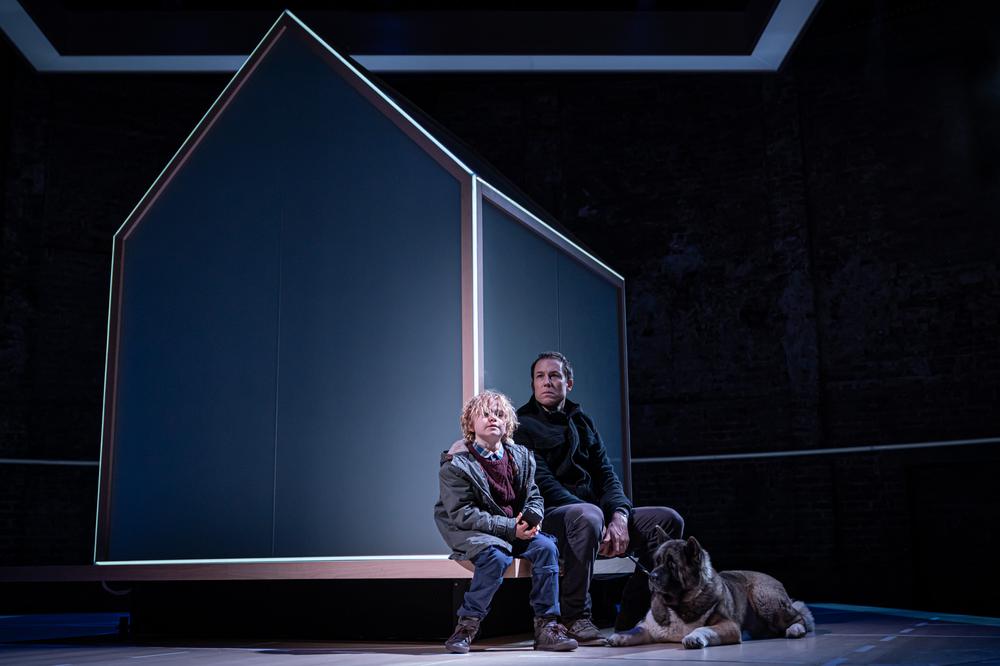 It’s very stylishly done and that includes the acting with Taya Tower making an impressive debut as the troubled Clara and Tobias Menzies expressing both the sweaty external horror and internal panic and turmoil of a man who in a twinkling goes from being a well-liked member of the community to an outcast.

There is impressive support too from Justin Salinger as Theo, Poppy Miller as a mother whose lingering glances rather suggest regret in her choice of partner, and Michelle Austin as the school head teacher who has become so invested in playing her role that she talks to everyone—students and parents—as if they are bright toddlers.

The Hunt runs at the Almeida Theatre until Sat 3 Aug.

Tip: you can follow you favourite theatres on the Stagedoor app. If you follow the Almeida, their upcoming shows will appear in your personalised recommendations.