Review: The Half God of Rainfall

When Nigerian Modupe is born on the banks of the river she is so beautiful her mother knows she must be protected from men.

The Half God of Rainfall

She is, but that does not protect her either from the male gaze or from the wandering eye of the Greek god Zeus. He rapes her, just as he has raped so many before—including Europa and Leda. 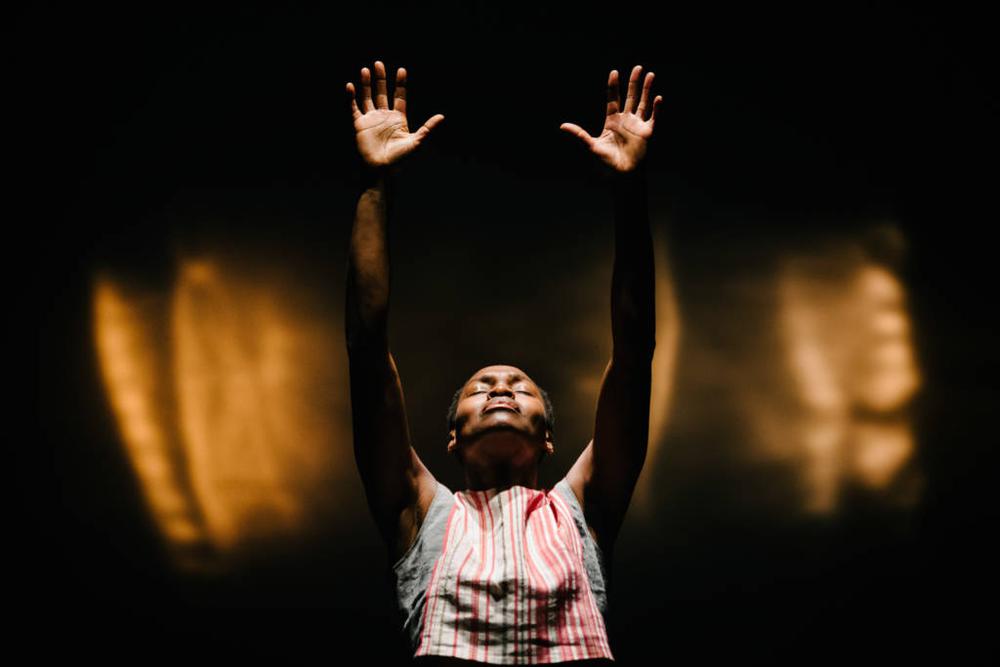 Modupe gives birth to Demi (Kwami Odoom), a child whose tears can make rivers overflow and whose moods can cause changes in the weather. He grows up to become an almost supernaturally good basket-ball player. It is, after all, our sporting heroes who are our mortal gods. But the heavenly gods can be jealous. They can squabble and feud amongst themselves, and the all-powerful Zeus hasn’t bargained on the fact that Modupe feels she has already had too much taken from her and fights back.

Inua Ellams’ is known best for his smash-hit The Barber Shop Chronicles, which London can see again at the Roundhouse from mid-July, but this new show—The Half God of Rainfall at the Kiln—is a return to an earlier storytelling style. It draws on old myths and creates new ones in 80 minutes. It is an intercultural head to head that playfully tumbles Greek and Yoruba gods together, offers some sly observations about the relationship of the West and Africa, but most powerfully shows what happens when a woman refuses to be subsumed into the patriarchal narratives of existing myth—either Greek or Yoruba—and creates her own story. 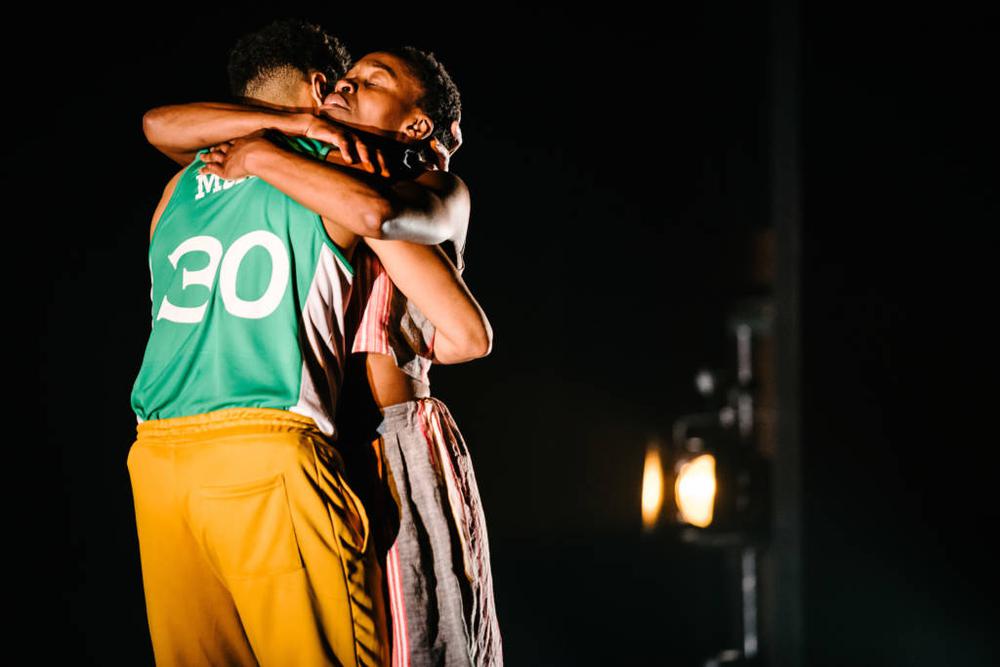 Rakie Ayola and Kwami Odoom as Modupe and Demi.

This is storytelling theatre at its simplest played out on a spare design by Max Johns that matches the pared back poetic austerity of Ellams’ writing but delivers at the moment when it is needed. Tanuja Amarasuriya’s sound design is a thing of beauty too.

You might argue that this is an evening that would work just as well on the radio and it is certainly a dense evening and one that definitely rewards listening hard. Very hard. But if it was on the radio you would miss the pleasure of watching Rakie Ayola’s glorious, fired up Modupe finding her power, giving an old story a good shake and smashing it apart to right the injustice of the past and create a new future, one free from the old myths. 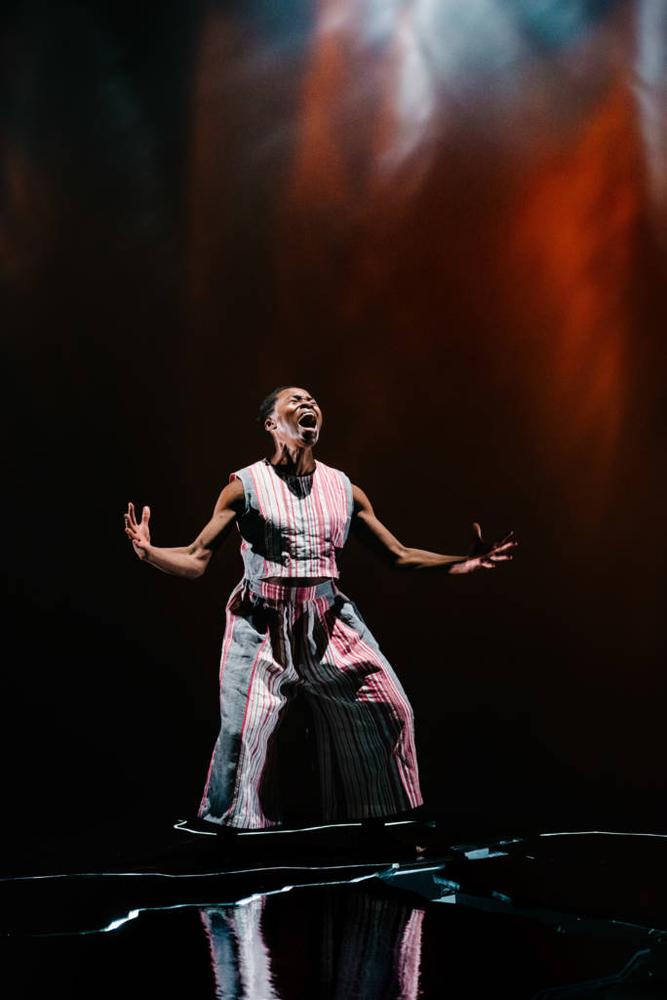 Interested to see the show? The Half God of Rainfall is running at the Kiln until Fri 17th May. You can find tickets here