I have seen the future and its not quite working. At least Little Bulb’s version of it isn’t. Or not yet it isn’t.

The Future (Battersea Arts Centre) feels like a bit of a departure for one of British theatre’s most delightful and skilled up companies. I still get a little tingle up my spine when I think of Orpheus which graced BAC’s Grand Hall over Christmas in all its idiosyncratic musical gloriousness.

There’s fun to be had here as Little Bulb contemplate our future, and in particular the rise of Artificial Intelligence, and they do it in a style that borrows from 1970s prog rock while simultaneously suggesting a TED Talk delivered by a group of earnest scientists wearing the sort of silly tinfoil hats that suggest a toddler’s conception of what a robot might look like.

The conceit is that three scientists (Dominic Conway, Eugenie Pastor and Shamira Turner), all leaders in the field of AI, are doing a world tour of presentations to raise awareness about the “intelligence explosion,” at the behest of a fearsomely organised Australian (Clare Beresford). The question is will AI contribute to sustainability, progress and peace or will it try and shape the future for its own preferences and strategic advantage? If it’s so smart, surely it will outsmart us, and if we try to contain it perhaps it will rise up against us like rebellious teenagers? 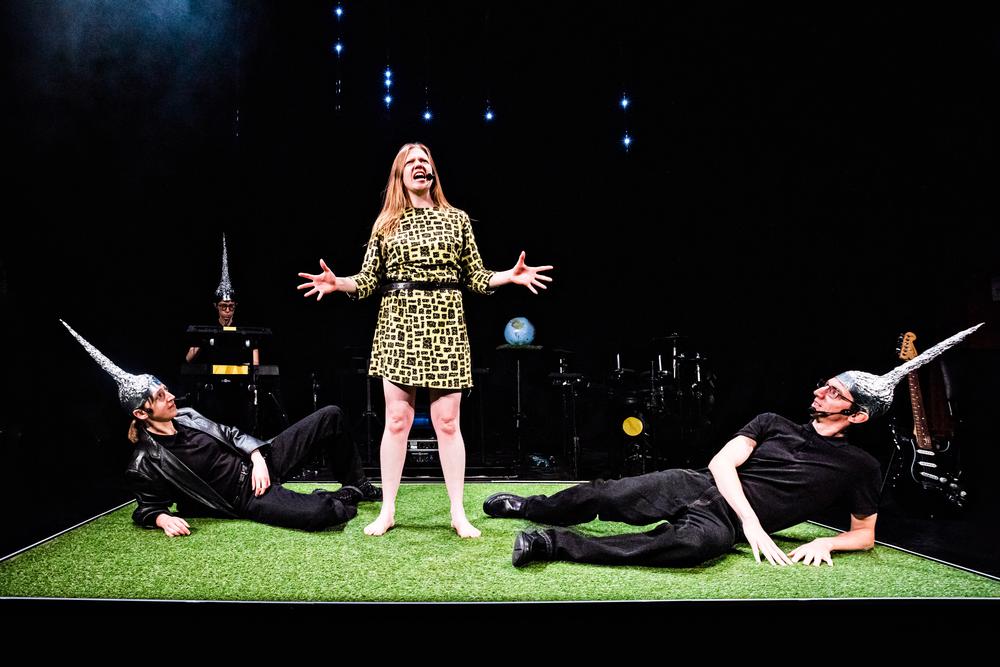 Like all Little Bulb’s shows this is clever stuff and beneath its apparent simplicity there is a Russian doll complexity as it becomes apparent that appearances can be deceptive. It asks: what is it that really makes us human and sets us apart from machines? Particularly when the very smartest machines will look and sound just like us.

Clearly there has been plenty of research but as yet it hasn’t quite settled, so this hour-long show feels heavy on information but short on character - the heart and warmth of which is so often part of this company’s trademark distinctiveness. It’s impossible not to admire this hour but it’s a mite harder to love. I’d hazard a guess that just as it is for all of us, the future is still very much a work in progress for Little Bulb.

The Future runs at Battersea Arts Centre until Sat 29 June.