Review: The End of History

The End of History at the Royal Court reunites director John Tiffany and playwright Jack Thorne who worked together on Harry Potter and the Cursed Child.

the end of history...

Sal (Lesley Sharp) and David (David Morrissey) are radical lefties whose politics were forged by the counter culture movements of the 1960s and early seventies. Now it’s 1997 and they are living in a modest ramshackle house in Newbury, close to the spot in Greenham where Sal spent so much time protesting, with their three children—Carl, Polly and Tom—named after leftist heroes and heroines. 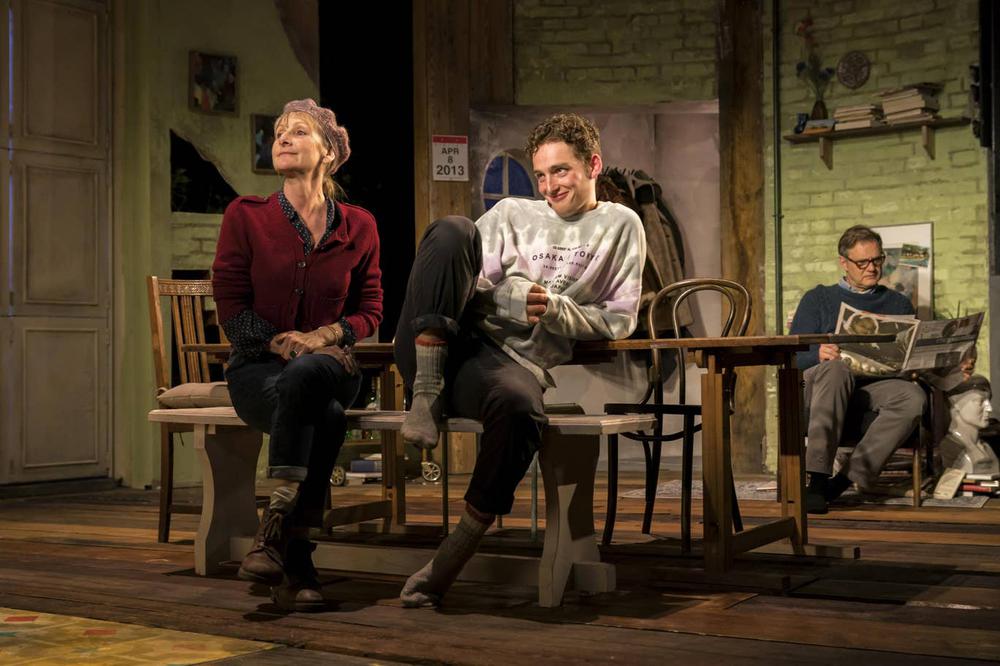 But the siblings don’t just have to live up to their names but also parental expectations of them. Smart Polly (Kate O’Flynn), studying law at Oxford, is supposed to be the next Helena Kennedy, and Carl (Sam Swainsbury), in his final year at university and Tom (Laurie Davidson), still at school and in constant trouble, also feel weighed down. But change is in the air. It’s the year in which Tony Blair is elected prime minister, and when Carl brings home posh girlfriend Harriet, whose dad is a motorway service king, already fragile family certainties begin to crumble further.

Taking its name from Francis Fukuyama’s 1989 essay which mistakenly took the view that Western liberalism had triumphed, Thorne’s play offers three snapshots of the family in 1997, 2007 and the Brexit Britain of 2017. Tiffany and movement director Steven Hoggett do great work between each act to suggest the whirligig of time.

In many ways this feels like a throw-back to Dominic Cooke’s reign at the Court. It is a consummately middle-class, plot-driven play, full of smart jokes, relatable to an old-style Royal Court audience. But it is also quietly scathing about the damage done when you think of your children as a legacy project. For all Sal’s wiliness to talk about everything from anal sex to wages for housework, this is a family that keeps its feelings hidden with corrosive effect. Cleverness not kindness is valued. Dad stays hidden behind a newspaper and he is competitive with his children, particularly Polly, rather than supportive. 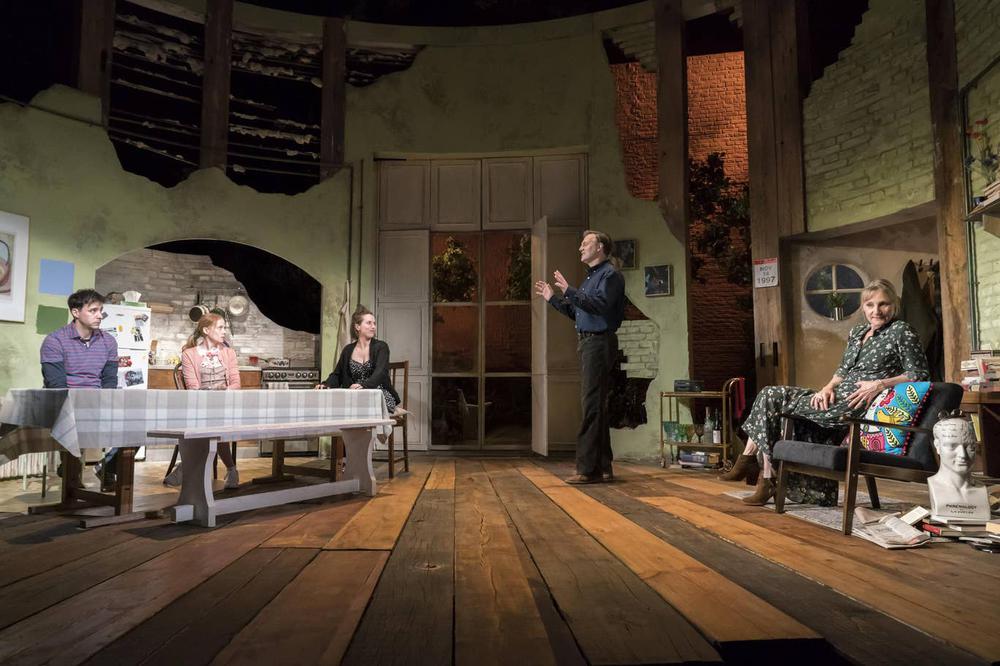 The play may lack focus, or a wider grip on the changing nature of British politics and life over 20 years, but it is fantastic on the slights and grumbles of family life, and the way grudges build and how what is casually said or done 20 years ago comes home to roost. This is a family who do not know each other.

I did wonder whether the whole thing was supposed to be a metaphor for the failure of radical politics, but I suspect it is just a family drama. An enjoyable one, but somehow lacking in purpose.

Which you can’t say about the acting which is directed, committed and often very funny and sad at the same time. Watching Lesley Sharp’s Sal, an explosive mix of nerves and political passion, is quite painful, you love her and loathe her. Kate O’Flynn is superb too in tracing the emotional damage of her upbringing over the course of two decades.

The End of History runs at the Royal Court until Sat 10 Aug. You can find tickets here.