There are several births during the span of 'The Arrival' (Bush), Bijan Sheibani’s astonishing, tender debut play, but the real new arrival is Tom (Scott Karim), adopted at birth.

Aged 35 he decides to seek out his birth parents, an Iranian father and an English mother who are still together. This means that Samad (Irfan Shamji) suddenly finds himself with a full blood elder brother.

It is the negotiation of that relationship that is the meat of Sheibani’s play, which he also directs with impressive support from movement director Aline David. The Arrival is played out with spare poetry on a circular stage—much like a gladiatorial ring–as we watch the two brothers discovering each other. At first with a certain wonder, but then with some rivalry as unsettling vulnerabilities rise to the surface. It is no surprise that Sheibani has directed Tarell Alvin McCraney’s The Brothers Size. 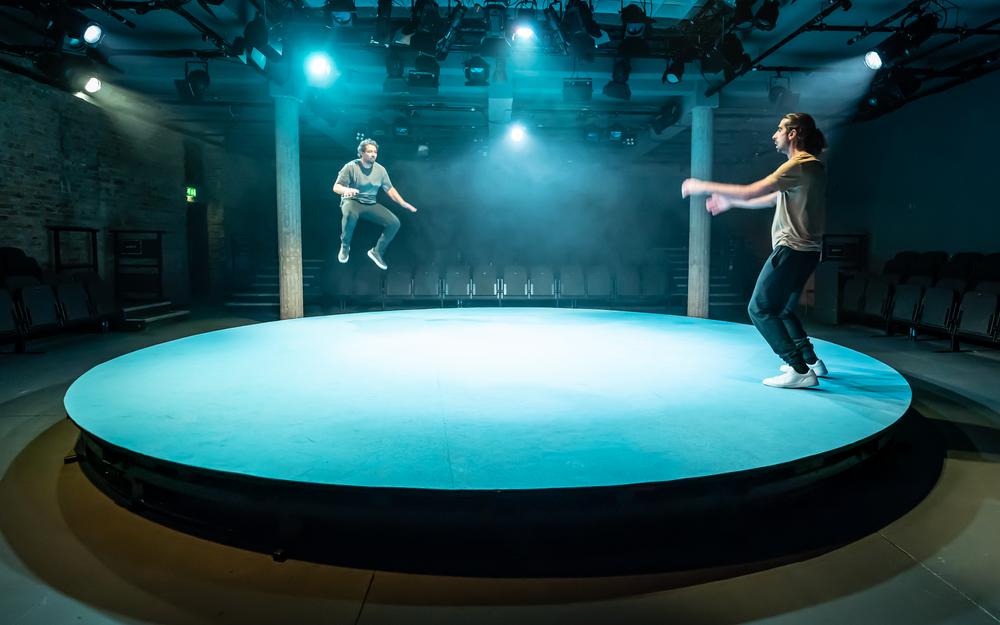 Irfan Shamji as Samad and Scott Karim as Tom in The Arrival. Photo by Marc Brenner.

Initially this looks as if it might focus on nature and nurture. Confident Tom, who runs his own business and participates in Iron Man contests takes the quiet, unemployed privately educated Cambridge graduate Samad under his wing. There are work outs and bike rides, all exquisitely rendered in a tight space. But as Samad’s circumstances change so does his relationship with Tom and how much he is prepared to let him in to his life. Things come to a head in a scene at a wedding so vivid it makes you hold your breath. Everything is just so, down to the blood on a shirt, the visible manifestation of their relationship.

This might have simply been an examination of nature and nurture, but it is so much more in a show where what goes unsaid is as crucial as what is actually said. There are some mind-blowing movement sequences, one in which Tom and Samed face down each other like wrestlers and it is hard to tell whether they are trying to kill each other or hug each other. Often, we watch the pair doing the same action, so it is like looking in a mirror and seeing double. 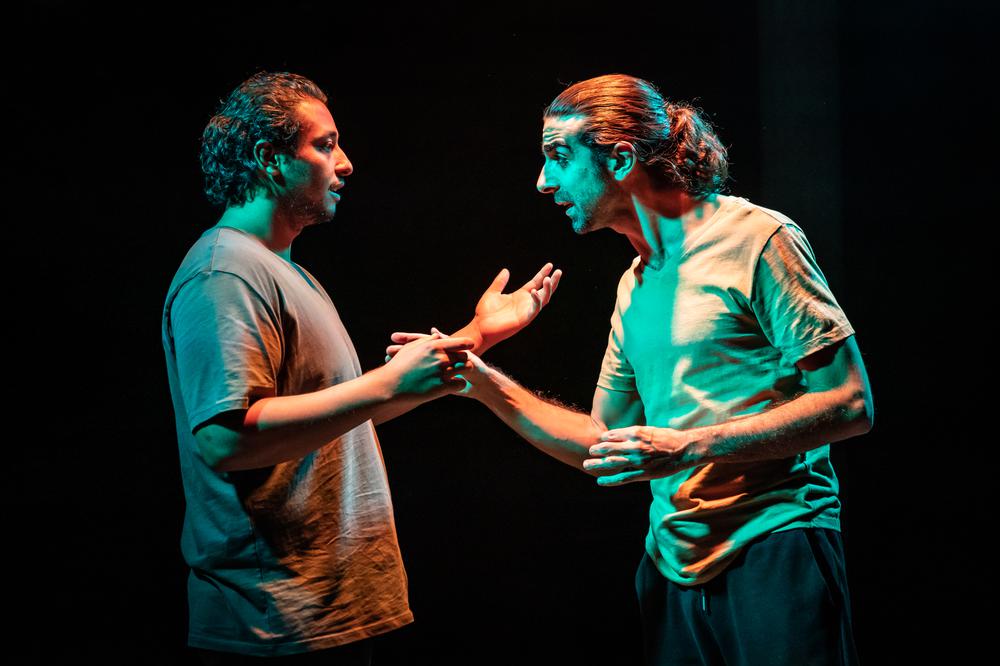 This is beautiful work, emotionally intricate and often most emotionally eloquent when it is most restrained. Family is constantly hovering in the background and, of course, often even the most fractious family closes ranks protecting against outsiders if they perceive threat. In the case of Samed’s family there is clearly already trauma associated with Tom’s adoption. Sheibani handles this back-story with elliptical grace. This is a play full of looks, minute hesitations, a head suddenly turned away, time seamlessly passing. The men are different at the end from how they are at the start.

Karim and Shamji carry the weight of this with real nimbleness in two terrific, finely attuned performances. At first, they are as playful as puppies, ultimately, they are bruised by unspoken knowledge, guilt and experience. The final scene is a slender thing of absolute beauty. An acknowledgement? An apology of sorts? A final rejection? It is filled with the ache of longing to protect, the fear of never belonging.

The Arrival runs at the Bush until Sat 18 Jan. You can book your tickets right here on Stagedoor for the same price as going direct.

Plus, as a little gift from us, you can use the code 'ARRIVAL5' to get £5 credit towards your booking if you book via the app!