Handing on the baton is crucial to the artistic health and vibrancy of British theatre.

Both in terms of the leadership of our buildings and companies, but also so that the artists who come now know who and what came before. It means they don’t have to keep inventing the wheel but can imagine different wheels and directions of travel.

So, it was fitting that the Bush’s new artistic director Lynette Linton, who has received the baton from Madani Younis—who did so much to transform the Bush into a theatre which speaks directly to its immediate community—announced her first season on the opening night of Strange Fruit, the second play in the Bush’s on-going Passing the Baton strand of work. It’s a strand that began with Winsome Pinnock’s revelatory Leave Taking and will continue in August with Linton’s own production of Jackie Kay’s 1986 Chiaroscuro.

If Linton’s season—which includes Bijan Sheibani writing and directing The Arrival, Zia Ahmed’s I Wanna be Yours, and Temi Wilkey’s The High Table—feels like a gust of wind blowing in a rising generation of fresh artistic voices, then Caryl Phillips’ early 1980s play, Strange Fruit, is a blast from the past. In focusing on Vivian (Rakie Ayola), who brought her small sons to England from the Caribbean in search of a better life, it offers a fascinating glimpse of how we got from then to now. 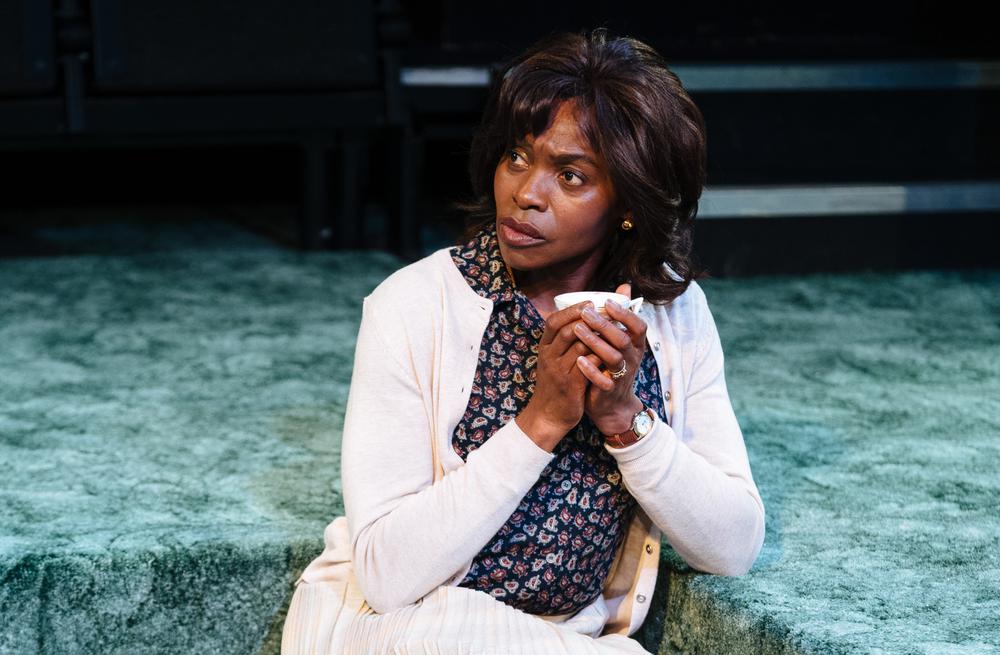 It turns out that happiness and a better life are elusive in a cold damp England. Racism is rife and despite all Vivian’s attempts to assimilate, and forge a better life for her family as an over-worked school teacher, things are not getting better. Her now grown-up sons—Errol (Jonathan Ajayi) and Alvin (Tok Stephen) are both bright and educated, but while they may be men they are still lost boys thwarted by lack of opportunity in the UK; caught between the harsh realities of their situation and the lure of the Caribbean and Africa. They both feel homeless. Errol is full of anger, and dreams of being a Malcom X style revolutionary leader, and when Alvin arrives back at the family home after a trip to the Caribbean for his grandfather’s funeral he comes bearing not just gifts but some unpalatable home truths. 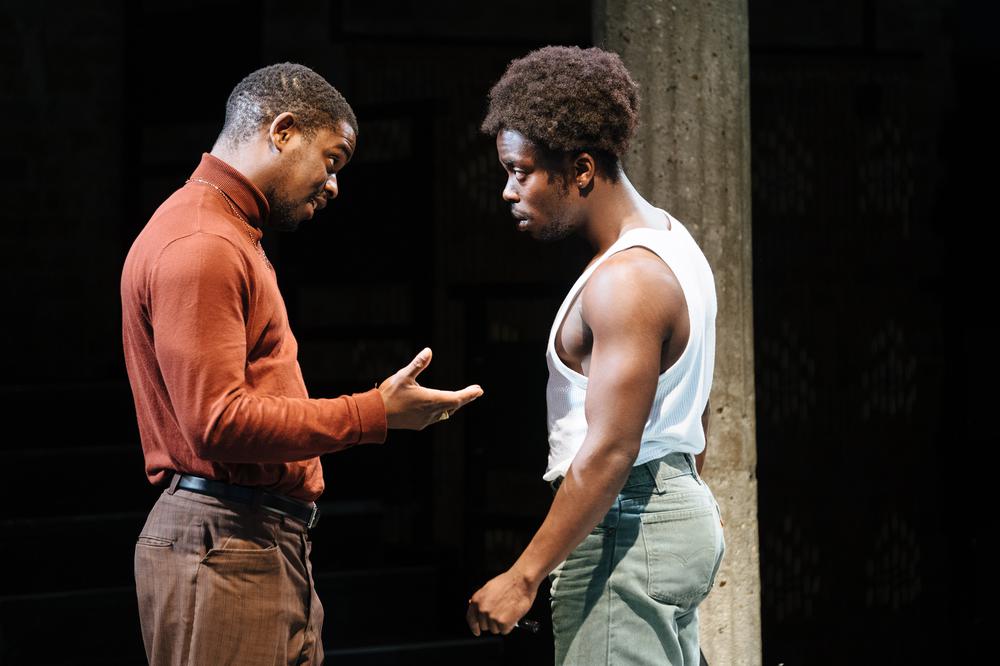 In some ways Phillips’ play is as much a curio as Bakelite phones and quilted housecoats. It comes with more than a nod to Ibsen’s Ghosts, its form owes more to 1956 than 2019 and it is long and unwieldy, largely consisting of duologues and long monologues.

But there is also a fire in its belly. Nancy Medina’s leisurely direction and Max John’s design don’t always make the best case for what is clearly a young play written by a playwright still learning his craft and in need of an editor. But there are moments of genuine power over its three-hour running time. There are some interesting insights too, particularly into male mental health and the long-term effects of stress on Vivian.

This is a play which makes considerable demands on the audience, but even more on the actors—and they rise to the challenge. Jonathan Ajayi may not be able to make the virulently misogynist Errol likeable, but he does make him complex. Debra Michaels is comic without being caricatured as Vernice, Vivian’s childhood friend, who has chosen a different way of being. In what might seem a thankless role, Tilly Steele shines as Errol’s put-upon white girlfriend, Shelley, the young vacuous teenager desperate to escape her own cultural baggage. 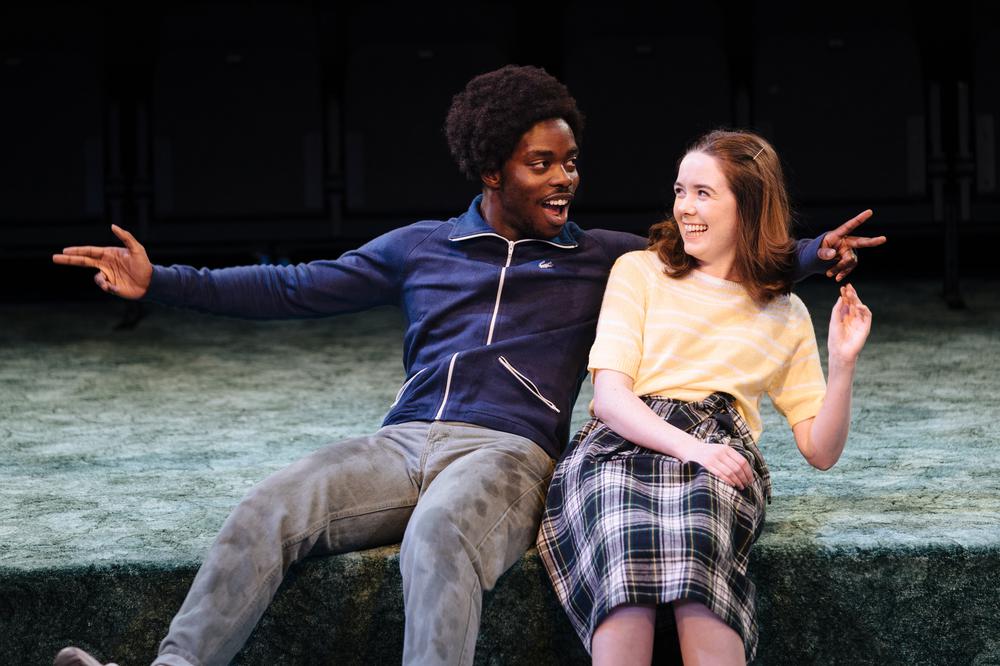 Jonathan Ajayi as Errol and Tilly Steele as Shelley

This is not a great play, but it is an historically interesting one and it boasts a searing monologue, delivered by the always impeccable Ayola, in which Vivian recounts her attempts to find work on a devastating day in which she gets her first glimpse of snow and beauty turns to horror.