Esther has not had it easy. Her mum left the family home when Esther was 12, leaving her and her sister Rachel alone with their dad. At 16 she left home and tried to make a life for herself.

Then her world was shattered by Rachel’s murder. Keith, the man Esther is certain killed Rachel, is in prison. But in court he protested his innocence and he is still doing it. So, Esther goes to visit him.

John Webber’s Spiderfly (Theatre 503), on the long-list of the 2017 Bruntwood Prize, has a touch of Clarice Starling and Hannibal Lecter about it as it charts Esther’s visits to the manipulative Keith, a man with a pet spider in his cell and a theory that the world is full of victims and prey. It is clear that Keith thinks that he is the one spinning a web to entice the fragile Esther in, but maybe she smarter and less vulnerable than she appears. 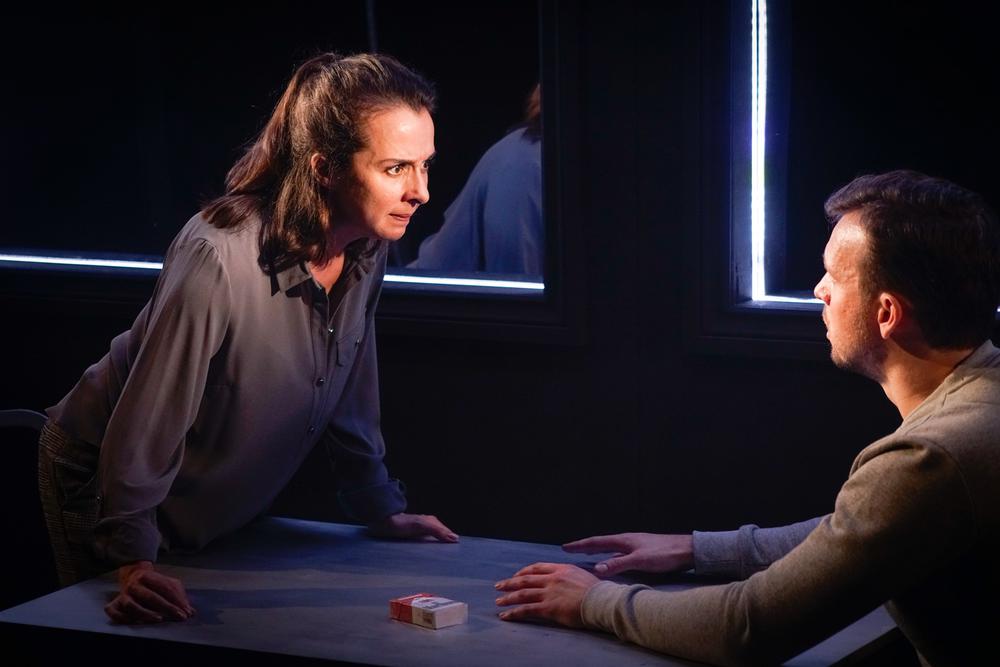 Lia Burge as Esther and Matt Whitchurch as Keith. Photos by Josh McClure.

She is certainly doing her best to be stronger, using pop psychology tricks and tips, giving up smoking and even trying on-line dating where she meets Chris, a prattish middle class academic, who condescends to her and keeps her side-lined but also available as he claims to work on his own self-improvement. But is Chris’ egotism and self-absorption all that different from Keith’s? What is it separates the good guys from the bad?

Webber’s script, deftly directed by Kirsty Patrick Ward and neatly acted by Lia Burge and Matt Whitchurch, the latter juggling the roles of Keith and Chris very impressively, has some grim humour and successfully rachets up the tension in a 'can’t quite bear to watch' way.

But there is something a wee bit distasteful in the way it employs the brave, vulnerable woman fighting back against the odds trope which is so beloved of the psychological novel and TV thriller. Yes, it pulls back from the brink and subverts the trope, but the drama’s climax, feels sensationalist, more there for dramatic effect than psychological acuity. All the more so when the news headlines are full of the trial taking place in New Zealand of the man accused of murdering British backpacker Grace Millane. The role of mothers is under-developed too and inclined towards shifting blame their way in a couple of crucial plot points. 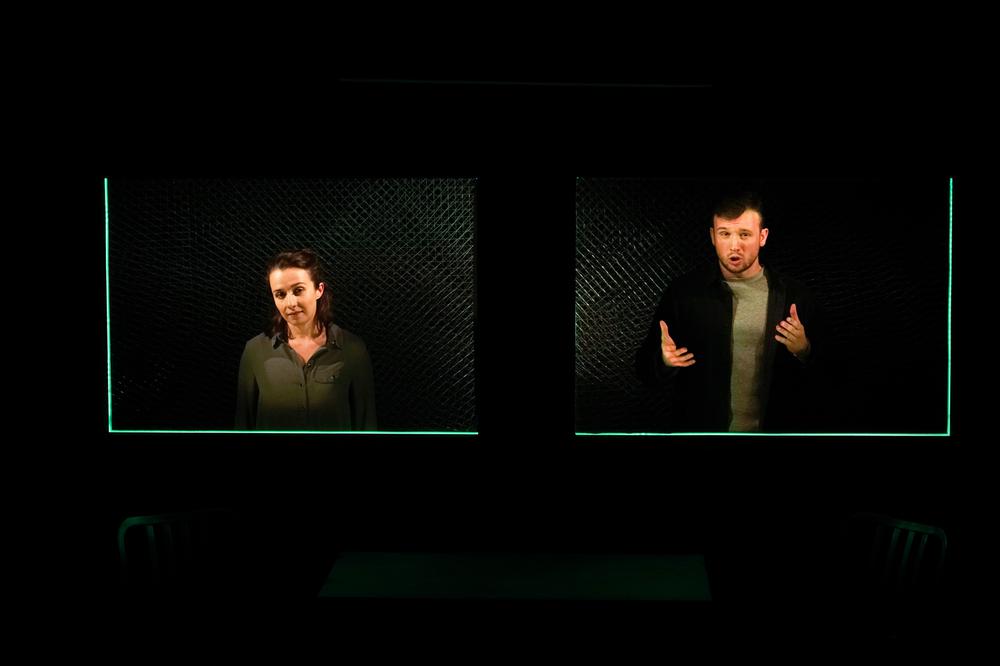 Spiderfly is constructed with a pleasing sturdiness and Lizzy Leech’s design reminds that what we are watching is a hall of mirrors. But I couldn’t help feeling that this is a play that has missed its moment and now looks out of time in the wake of #MeToo and women’s determination to tell different stories about themselves on stage and their relationships with men, rather than dishing up the same well-worn narratives.