The result is a strange, compelling couple of hours that appeals as much to the head in its consideration of what makes us human as it does to the heart as it probes loss and the ache of loneliness with a stiletto-like tenderness.

The theme of loneliness is reframed in several ways in a tale about a space mission orbiting the oceanic planet, Solaris, who discover that perhaps we are not alone after all. The mission’s failure to stay in touch with Earth sends Kris (Polly Frame), the mission’s chief psychologist, on a shuttle to find out what is going on.

She discovers that the space station’s commander, Gibarian (Hugo Weaving, on video), has died, but not before leaving her some philosophical musings about his observations of Solaris on tape. He thinks that the planet is sentient, that it can read and respond to human thoughts, memories and feelings. It is sending them visitors, and soon Kris has one of her own in the form of Ray (Keegan Joyce), the partner she once loved and lost. 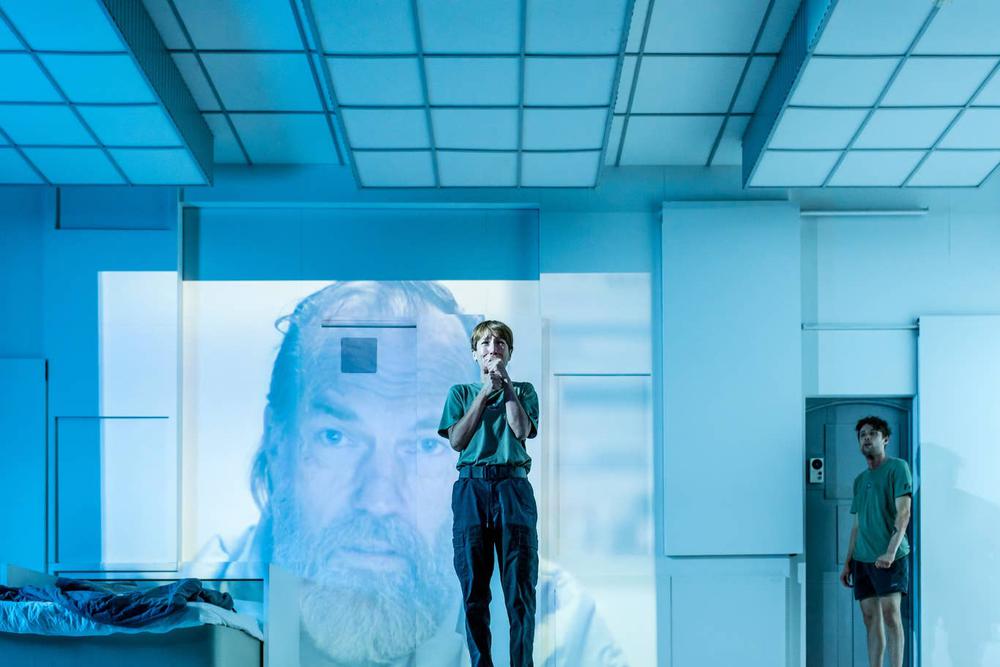 Is this Polly’s second chance to be kinder and make things right? Or is it a trick? The mission’s other scientists Sartorius (Jade Ogugua) and Snow (Fode Simbo) have their own views about whether it is humans or the planet who have the potential to be most benign or malign. Who are the real vistors, and how should they behave?

This journey into outer space is actually a voyage into the human mind. Initially Kris is hostile and scared of Ray, but she gradually starts to see it as a chance to right and rewrite the past. Meanwhile Ray becomes increasingly distressed the more human he becomes. There is a wonderful moment when Kris leaves the room and he clutches at his heart, as if, in that tiny moment, he is experiencing five billion years of loneliness. 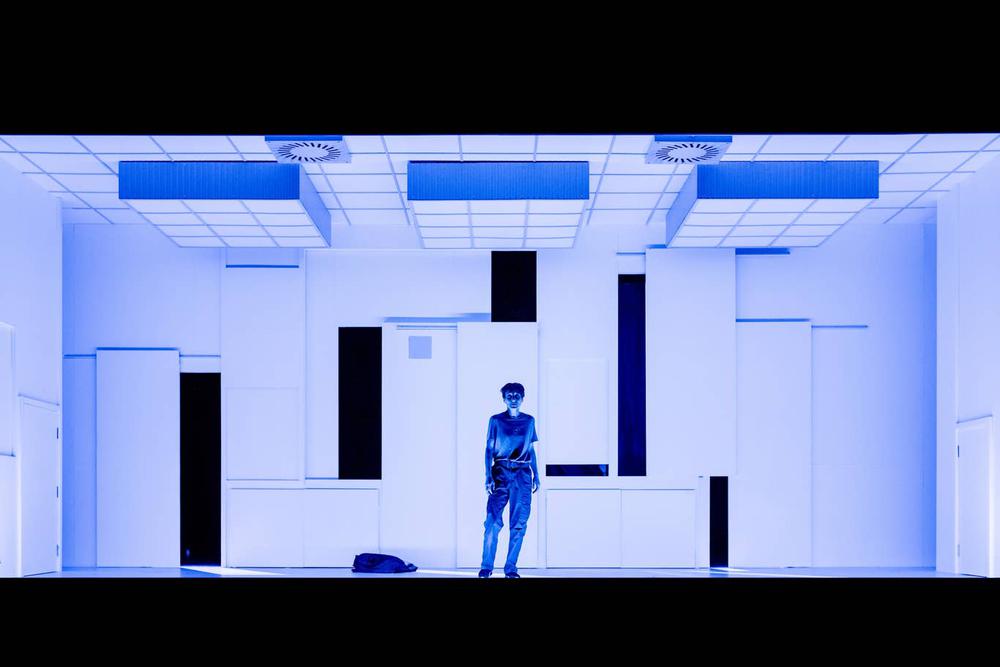 This looks terrific in Hyemi Shin’s design which succeeds in being both futuristic and retro at the same time, and which makes great use of a screen like shutter that makes the scene changes seem like the blinks of an eye. It underlines the idea that it is uncertain whether the humans are studying the planet, or is it studying them. Paul Jackson’s lighting adds to the atmosphere, bringing emotional light and shade and giving this concentrated, always fascinating evening the quality of a weird lucid dream.

Solaris runs at the Lyric Hammersmith until Sat 2 Nov. You can book tickets through Stagedoor from £18

Tip: if you enjoyed the work of any of the theatre makers involved in this production, you can follow them through the Stagedoor app. The next time their work is on show in London, it will appear at the top of your personalised recommendations.