In Samuel Bailey’s 'Shook' (Southwark Playhouse), this year’s winner of the Papatango New Writing Prize, sweet-tooth Cain (Josh Finan) is all bluff and bluster and sugar-rushes.

Riyad (Ivan Oyik) has aspirations to run his own business, has been studying hard to get his maths GCSE and looks set to get a good grade. JonJo (Josef Davies) is a quiet, watchful one with a beatific smile, a speech impediment and a story that only gradually emerges.

What these 16 and 17-year-olds have in common is that they all are either about to or have just become teenage parents and are taking part in parenting classes run by Grace (Andrea Hall). But although Grace teaches them to change a nappy, will their children still be wearing nappies when–and if–they get to see them? Because these young men, barely more than children themselves, who barter in dib-dabs and penny chews, are all inmates of a young offender institution. 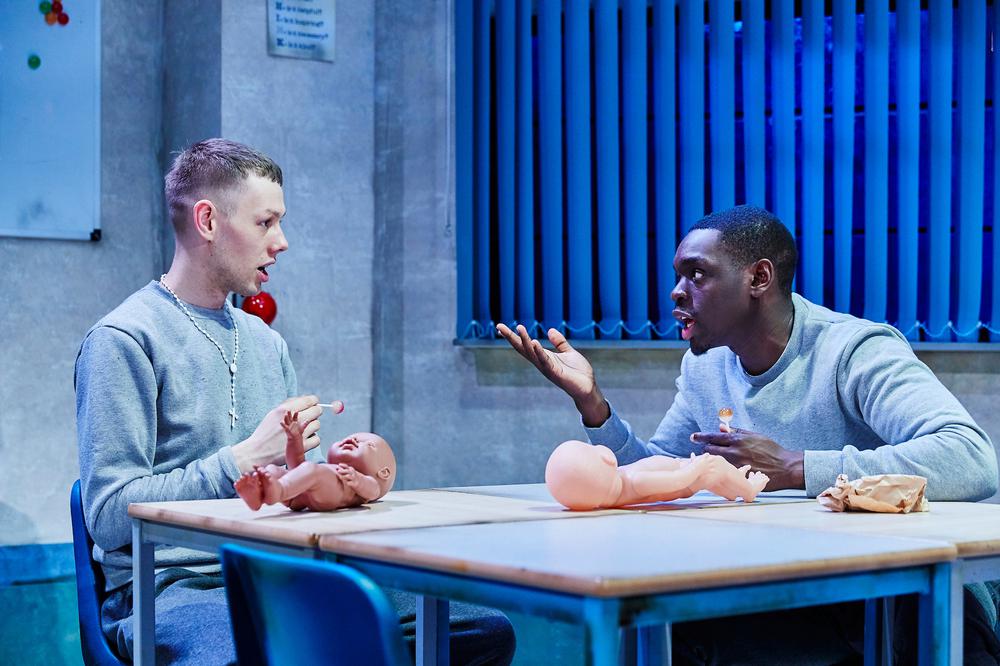 Josh Finan & Ivan Oyik. Photos by The Other Richard.

Bailey’s play, very neatly designed by Jasmine Swan, who following on from the Amber Trap is making a name for herself for creating effective, detailed naturalistic settings, is a quietly impactful character study. It is also an indictment, at a time of austerity and the closure of Sure Start centres across the country, of the cycles of damage passed down through families, or affecting those like Cain who have no families and are raised through the care system. These lads may have committed crimes, some of them violent, but they are also victims.

In some ways this might seem like rather familiar territory, and a significant issue for the play is that the character of Grace is under-written, doomed always to act as an enabler of the drama rather than a driver of it. But despite the flaw this is a short, sharp shock of a play which unobtrusively earns the lump it brings to the throat not just through the canny use of narrative hooks but in the under-stated way that relationships take root and blossom. George Turvey’s production boasts three extraordinarily winning but utterly unsentimental performances from Finan, Oyik and Davies, as young men set up to fail and fail again. Watch and weep. 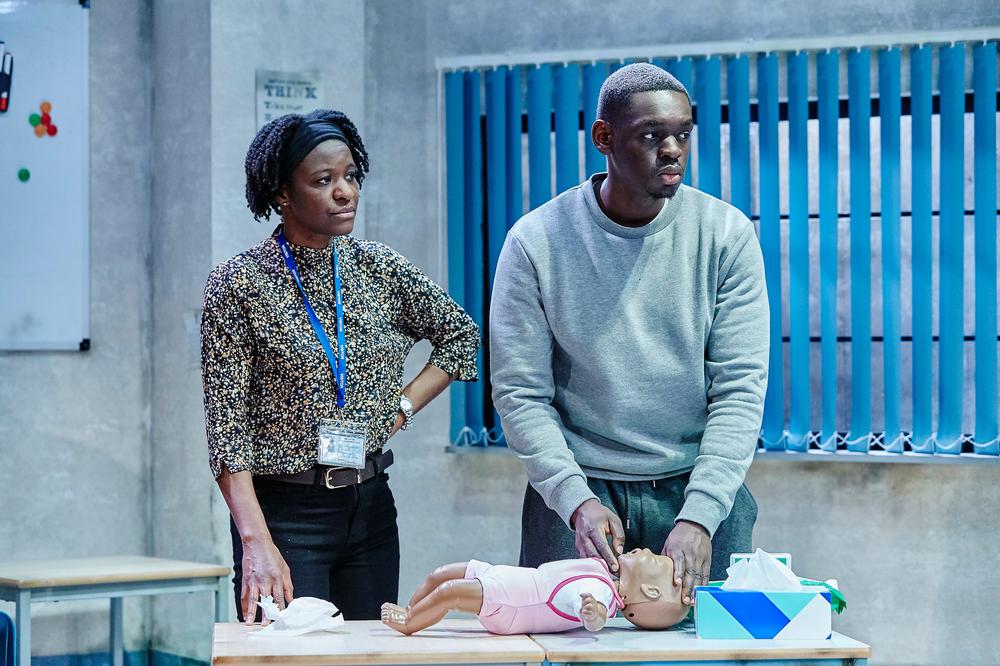