OMG. How do you put the internet on stage?

In Teh Internet is a Serious Business Chloe Lamford put a ball pool on stage trying to depict what the internet feels like, not how it looks. In Jasmine Lee-Jones’ gloriously enjoyable seven methods of killing kylie jenner (Royal Court Upstairs) two actors play memes, gifs and emojis, recreating all the chaos, violence and freneticism and occasional wit of the Twitterverse.

Lee-Jones’ play tells of two black women, digital natives Cleo (Danielle Vitalis) and Kara (Tia Bannon), friends since school, who are holed up in Cleo's bedroom. Outraged by the news that Kylie Jenner, a young already affluent white woman, has become the youngest ever billionaire through what she sees as cultural appropriation, Cleo has been tweeting seven methods of killing Kylie – ranging from poisoning to burning – all under the Twitter handle Incognegro. 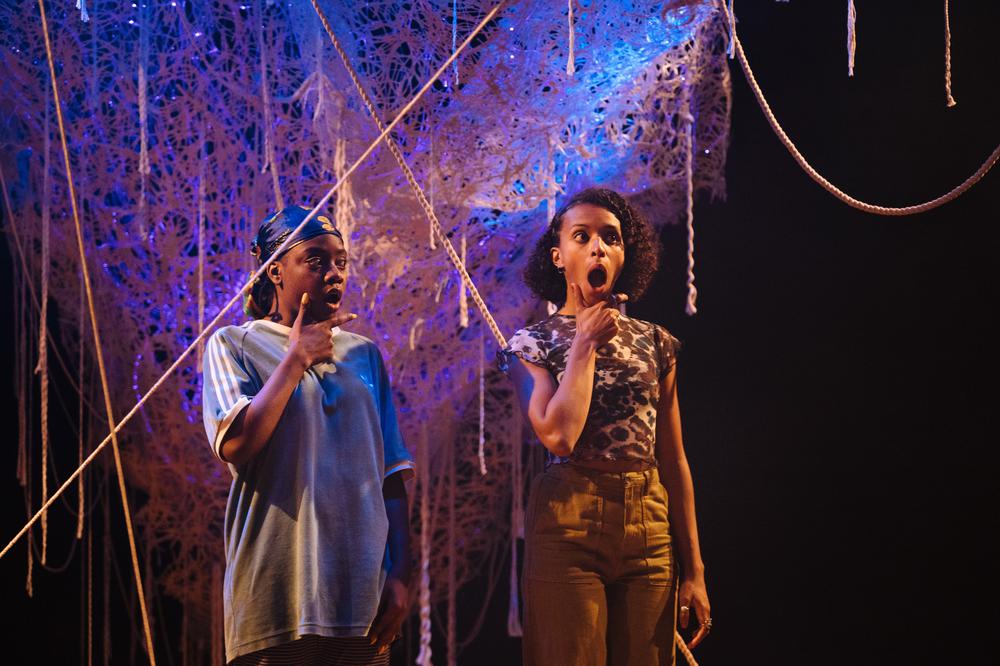 Each of the methods comes with a reference to the experiences of black people from lynchings through shootings to the cabinet of curiosities in which 19th century woman such as Saartjie Baartman were displayed.

Not surprisingly a Twitstorm has broken out and Kara has popped round to save Cleo from herself and a fast-growing Twitter mob. But tensions between the two young women—Cleo resents Kara’s lighter skin; queer Kara reckons Cleo is homophobic—rise to the surface as the net (smart, low-key but effective design by Rajha Shakiry) closes in on them.

This is 80 minutes which is both ferocious and funny, full of cartoonish humour and real rage. It is a piece of unfettered formal bravery that captures the confusing messiness of modern communication, the escalations that the anonymity of Twitter encourages and finds a way of representing all that on stage, without losing sight of the fact that this has two real characters on stage whose complicated personal relationship is crucial to their worldviews. 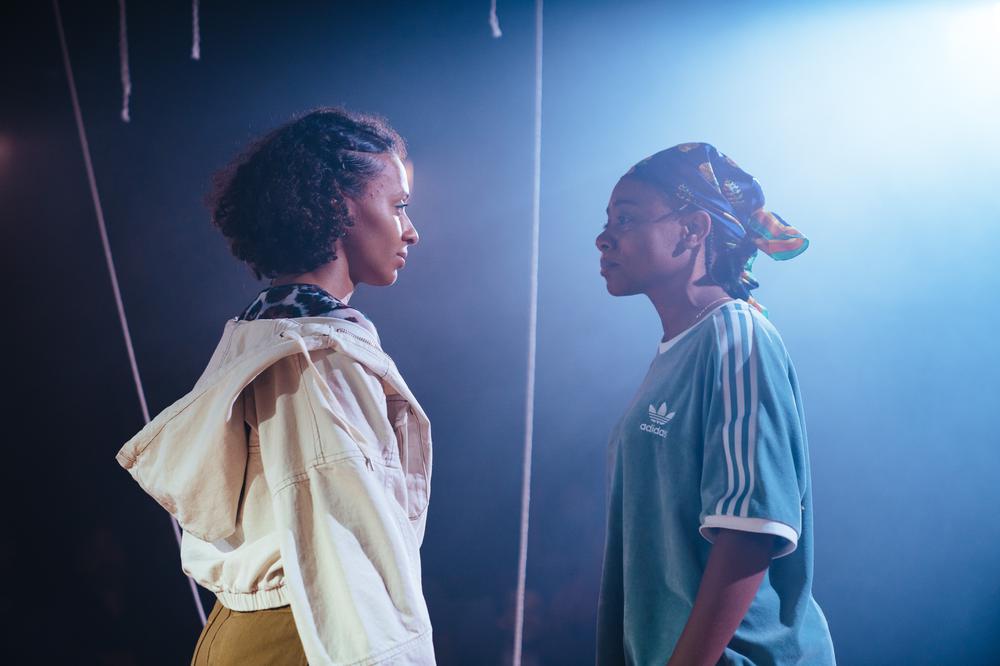 To try and stage it is like juggling cats, but director Milli Bhatia is undaunted and does an impressive job of finding the balance in a play that spills onto the stage with real exuberance but is grounded in genuine pain too about the experience of being a black woman, then and now.

I certainly didn’t catch all the cultural references which had many in the audience in delighted uproar, but the cleverness of this play is while I—a middle class, middle-aged white woman—may not be its obvious audience, it swept me up and along. I really loved its riskiness, its rawness and its refusal—like Cleo herself—to behave. WTF are you waiting for. Just go.

seven methods of killing kylie jenner runs at the Royal Court until Sat 27 Jul. You can find tickets here.