It would be easy to read Scrounger as a simple David and Goliath story. But writer and performer Athena Stevens makes it far more interesting than that and she does it from the off as she sits on the stage, perky in pink, and directly addresses the audience.

“Yeah. I see you,” she says, and it is as much a threat as a statement. “You think you like me. You think it’s brave that I’m up here.” She says what might just at the very moment be running through our “Guardian-reading, Daily Mail-hating, Oxfam-giving, colour blind-seeing, red voting, paper straw using, conflict avoiding, zen loving, feminist supporting, always for the few…” liberal minds. It is an exhilarating moment, fully alive. Throughout, Stevens is less perky in pink as lethal in pink.

Stevens has athetoid cerebral palsy. She is immobile without her wheelchair. Her elocution is not always completely distinct, but in Scrounger her voice rings out loud, true and scathing as she digs the dirt on the congratulatory liberal frame of mind in which words and sympathy are handed out, but real action and support is scarce. 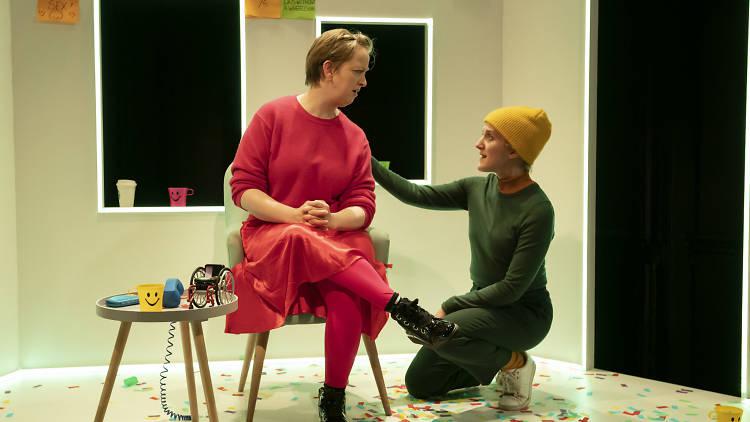 The bare bones of the story, which Stevens transforms into a knowing piece of meta-theatre, are that in October 2015 she had already boarded a British Airways flight to Glasgow from London City Airport when there was a delay on the tarmac. Although Stevens had called ahead with the dimensions, her £30,000 state-of-the-art electric wheelchair could not fit in the hold. Eventually Stevens was told she would have to disembark, and she was reunited with her chair only to discover that it had been severely damaged.

For the next few months she was immobile and confined to her flat while the airline refused to take responsibility and Stevens gets up petitions and tries to use social media to raise her case as she becomes embroiled in a maze of EU and civil aviation rules and regulations. The evening has a few pacing issues, but director Lily McLeish, designer Anna Reid and sound designer Julian Starr ensure that the 100 minutes has a spikey, surreal Kafkaesque quality. 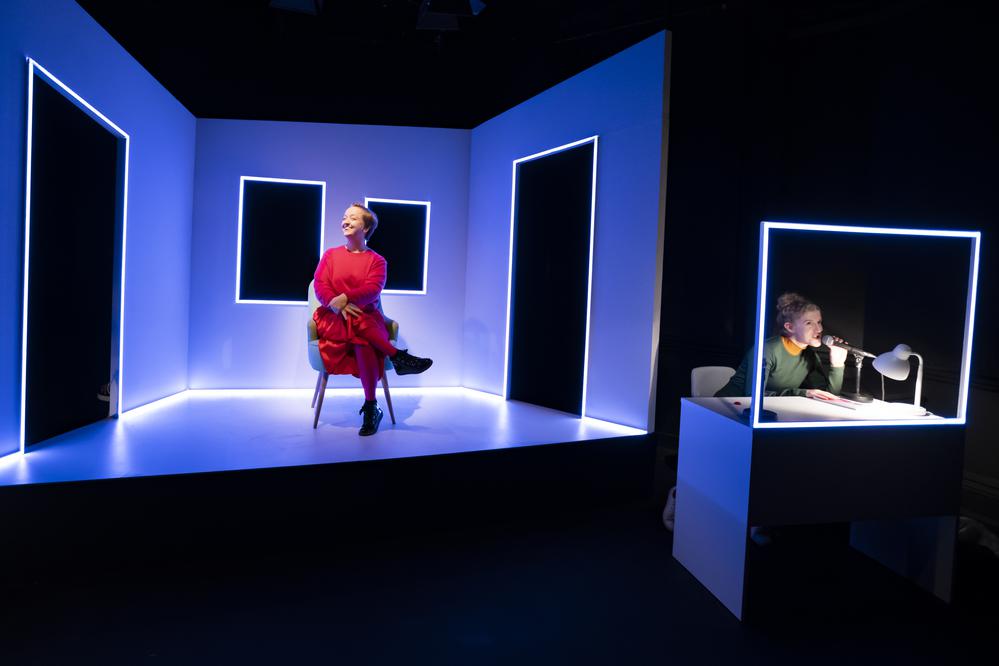 Stevens is joined on stage by Leigh Quinn who brings a pleasing satirical comic edge to an almost Hogarthian collection of characters from the ineffectual solicitor to a smarmy Italian fixer and a best friend, Emma, who embraces so many good causes she can no longer distinguish one from another. Emma is so busy preparing for a marathon she hasn’t got time to visit Scrounger who has become a prisoner in her own flat. Everyone has advice for Scrounger telling her as she becomes increasingly frustrated that she should behave “more like Gandhi.”

In many ways Scrounger does for disability what Fairview does for the white, liberal gaze on race. It is unashamedly provocative; justifiably angry. The irony is not lost on us that in taking up centre stage Stevens’ Scrounger is the most powerful person in the room, and yet the story she tells is of how she and other disabled people are rendered powerless. British Airways behaved badly, but who the real villains of this neat piece are is a question that is always staring us in the face.

Scrounger runs at the Finborough theatre until Sat 1 Feb.

If you would like to see the next piece of theatre created by Athena Stevens you can follow her on the Stagedoor app. The next time she performs in London, the show will be at the top of your personalised recommendations.