Miriam Battye’s Scenes with Girls (Royal Court Upstairs) is both exhilarating and frustrating. It is no more or less than what it says on the tin.

It is very funny, but this exploration of the intensity, pleasures and tensions of female friendship also feels slight and wispy. Sometimes, rather oddly given its subject, it feels as if it is trying too hard to please.

Not that flatmates Lou (Rebekah Murrell) and Tosh (Tanya Reynolds) would ever want to be good girls who please. In fact, they want to find a different narrative for their lives that veers sharply away from the heteronormative story of romantic love, marriage and happy every after. They go about it in different ways: Tosh has been celibate for two years; Lou is counting up the notches on her bedpost like a man.

One of the hilarious things about Battye’s sharply written play, which exists as a series of half thoughts, unfinished sentences, shared jokes and self-conscious puns, is that in trying to throw off the shackles of heteronormative desire the pair talk about nothing but boys, dream of nothing but boys. The first few scenes would not pass the Bechdel test and Battye knows it and plays on that with a gleeful joy. Murrell and Reynolds match her word for word for zest and wit. The early scenes feel like a lovely treat. 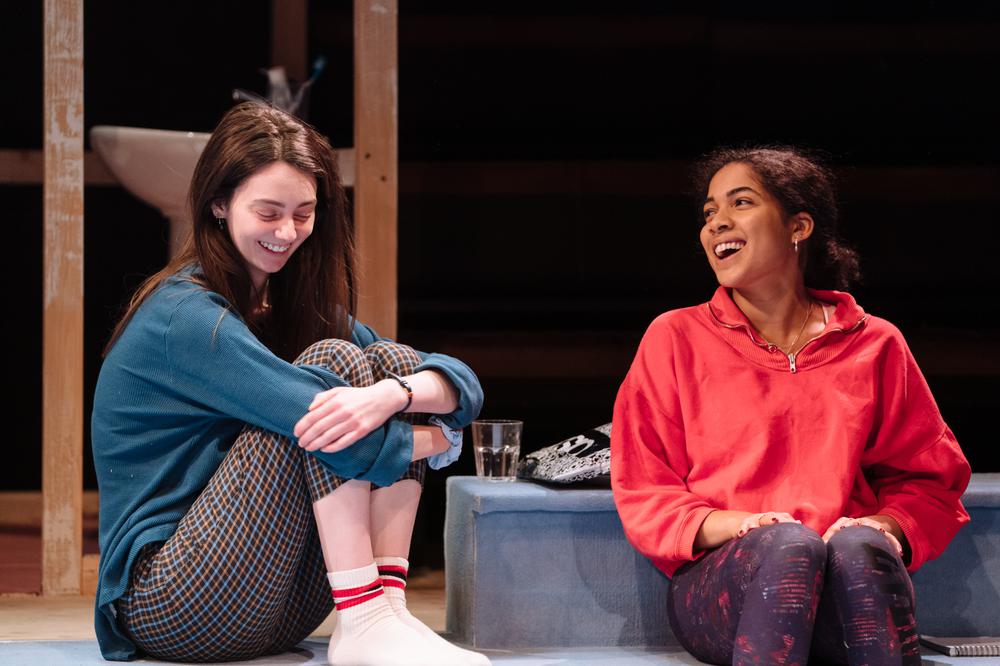 Its self-consciousness extends to its cultural references. When the pair’s former flatmate Fran (Letty Thomas) comes to visit, a woman who loves her boyfriend and has a ring on her finger to prove it, they sow discord like a pair of Mean Girls. Even before Sally Rooney’s Normal People is mentioned you would identify it as an influence.

There is lots to like, and Lou and Tosh are good, if slightly irritating company who seem far younger than their 24 years. But the short scenes, operating like a series of selfies or snapshots, often mitigate against any deeper emotional connection or sympathy. The play feels like a puzzle that doesn’t want to be solved. But because hearing women gabbing on our stages about themselves and their feelings remains such a novelty, it’s hard not to fall a little in love with Scenes with Girls.

Meanwhile, over at the Boulevard where The Sunset Limited is playing, it is business as usual with two men talking. Then talking some more. This is an evening in which Cormac McCarthy demonstrates that he is a far better novelist than he is a playwright, and actors Gary Beadle and Jasper Britton prove that really terrific actors can breathe life into the most turgid material. 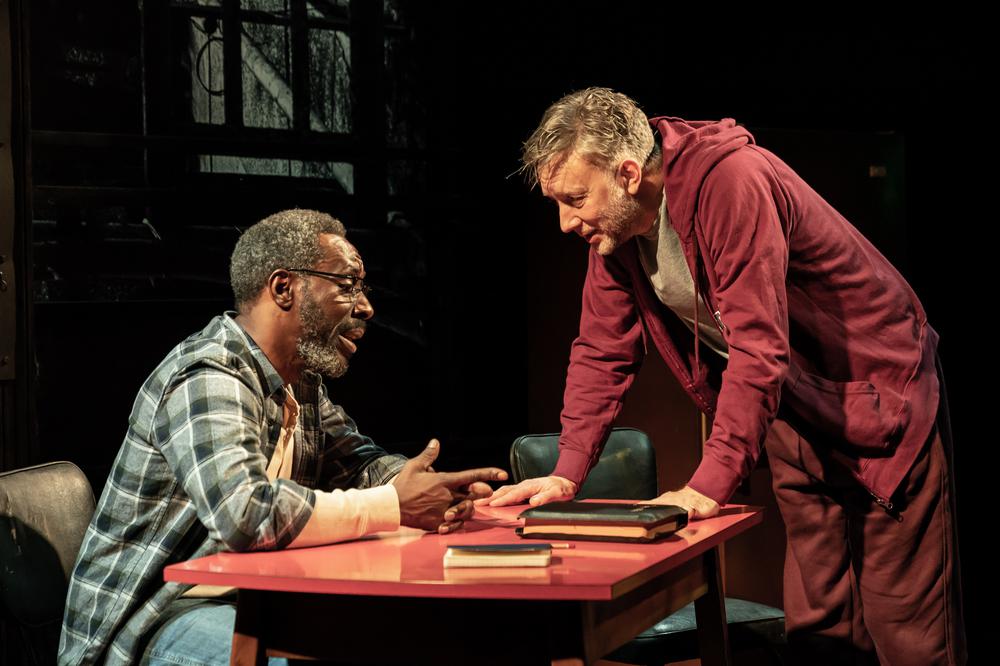 Britton plays White, a professor with a nihilistic view of the world and western culture who has just tried to throw himself under a subway train. Beadle is Black, a former jailbird who found God and faith in prison. He has saved White from the subway and now has him locked in his tiny New York tenement and is trying to save him from himself. It’s like watching a chess game in purgatory as the two men thrash out their positions. There is plenty at stake, but it is strangely inert; it’s meaty but oddly empty.

It might be a total bore, and for some of its duration it is, but if director Terry Johnson has difficulty bringing dynamism to what is an essentially static debate, the intimacy of the Boulevard works in its favour. McCarthy’s play may not rise above the level of a first-year undergraduate course in philosophy, but Beadle and Britton are both understated, unshowy and wearily human and that is enough to keep the attention focussed if not exactly glued.

Scenes with Girls runs at the Royal Court until Sat 22 Feb.

The Sunset Limited runs at The Boulevard Theatre until Sat 29 Feb.