What a strange play this is. Written between the Wild Duck and Hedda Gabler, but much more rarely performed than either, Ibsen’s 1886 play Rosmersholm (Duke of York’s) is an odd mixture of political debate and personal anguish.

Ian Rickson’s handsome, high end revival, starring Hayley Atwell and Tom Burke, is probably as good as it gets. Unless perhaps you did a Robert Icke on it.

Burke plays John Rosmer the monied scion of an ancient family, but one in which the housekeeper (Lucy Briers, excellent value) darkly observes the babies never cry and the adults never laugh. I really do love Duncan Macmillan’s new version which is direct and arresting without drawing undue attention to itself. Though even Macmillan can’t disguise the fact that this is a drama in which there is an awful lot of talking, and which despite its radical anti-heroine most of it is done by men. 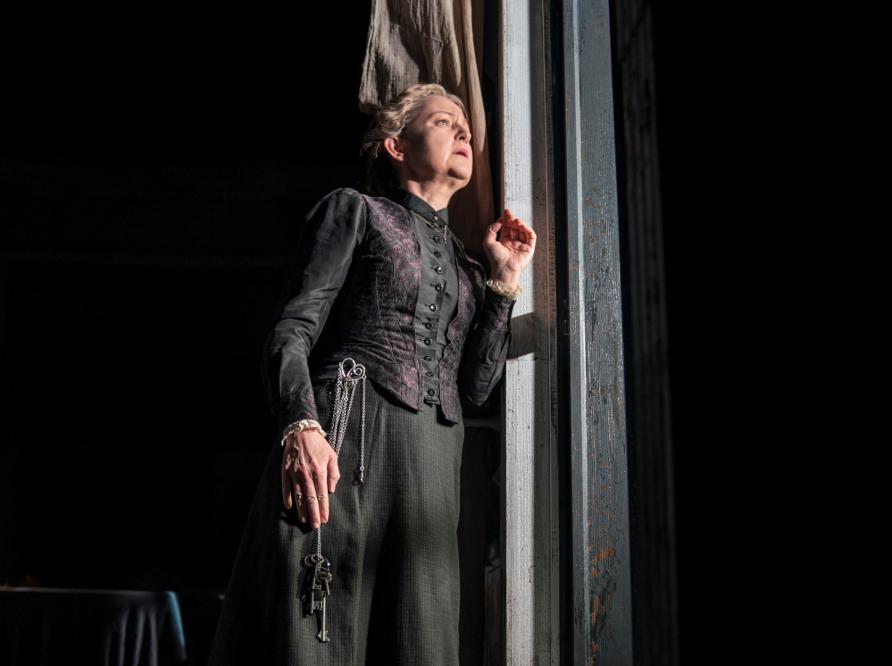 Anyway, Rosmer has lost both his wife and his faith and is living in the family home where the ancestors breathe down his neck from the portraits on the wall. Also living there is his wife’s former companion the radically-minded, proto-feminist Rebecca West (Atwell). The two clearly have a strong bond but what with the ancestors, the servants, local gossip and their own guilt and withheld secrets they haven’t got beyond the hand-holding stage. Oh, and I haven’t mentioned the frequent references to spooky white horses whose appearance heralds imminent death. It’s absolutely no surprise at all that Rosmersholm was Sigmund Freud’s favourite play.

The stakes are raised because the elections are taking place and into the mix comes Rosmer’s brother in law Andreas (Giles Terera), a local right-wing bigwig who thinks the country is going to the dogs and radical thinking is destroying all that is decent. The stage is set for a tussle between Rebecca and Andreas for Rosmer’s soul and influence on the election. Both Atwell and Terera are hugely watchable, and there is plenty in the debate around the manipulation of news and the suspicion of politicians that chimes with the British political scene today. 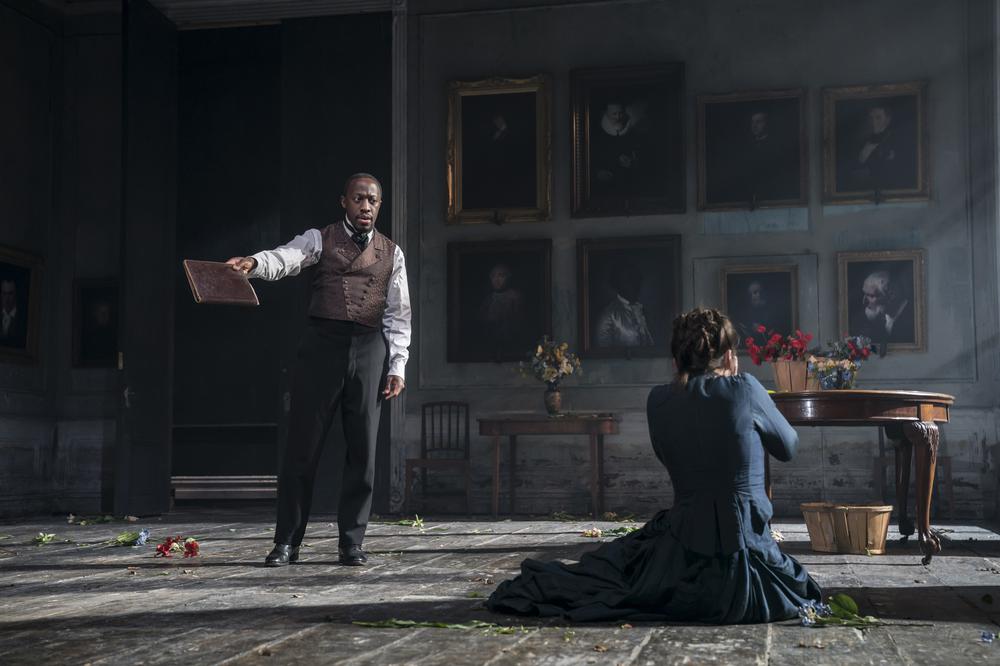 But it’s always interesting without ever quite being invigorating, and the real problem is that it is hard to feel any emotional investment in Rebecca and Rosmer’s relationship. They are both individually very good but together they never crackle. It is hard to believe in their rising angst or their course of action.

The real marvels here are Rae Smith’s design and Neil Austin’s lighting. Quite honestly, I could have very happily spent the entire two and half hours watching the light fall through the windows that overlook the mill race where Rosmer’s wife lost her life. What lingers from this fiercely intelligent but emotionally uninvolving evening is not the pain of the living but the presence of the dead. A light lingers on an empty chair, magnifying absence; a curtain blows. Those are the moments when you lean forward. 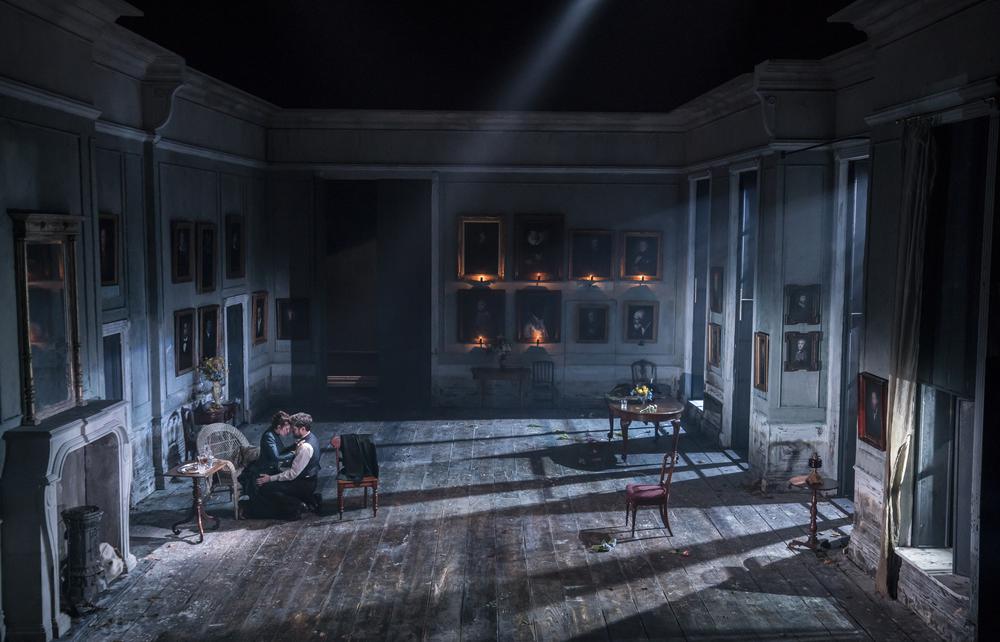 Rosmersholm runs at The Duke of York's theatre until Sat 20 July. You can find tickets here.