It is an inspired choice for the plucky and inventive Hope Mill, the Manchester venue whose London transfers include small scale reinventions of Broadway musicals including Hair, Rags and Pippin.

Larson’s show, set in New York’s East village at a time when AIDs was still a death sentence, has extra clout during the current pandemic which makes touch feel taboo. It’s something that Luke Sheppard’s production and Tom Jackson Greaves’ choreography play with successfully, not least in the use of a plastic sheeting to signify the death of drag queen Angel.

Like the NT’s Death of England: Delroy, RENT only managed a few preview performances and an opening night before the second lockdown shut it down, but the cast’s commitment to both living and performing together in a Covid-19 secure bubble is rewarded in this filmed version by Umbrella Rooms that captures the production in all its close-up, raggedy glory. 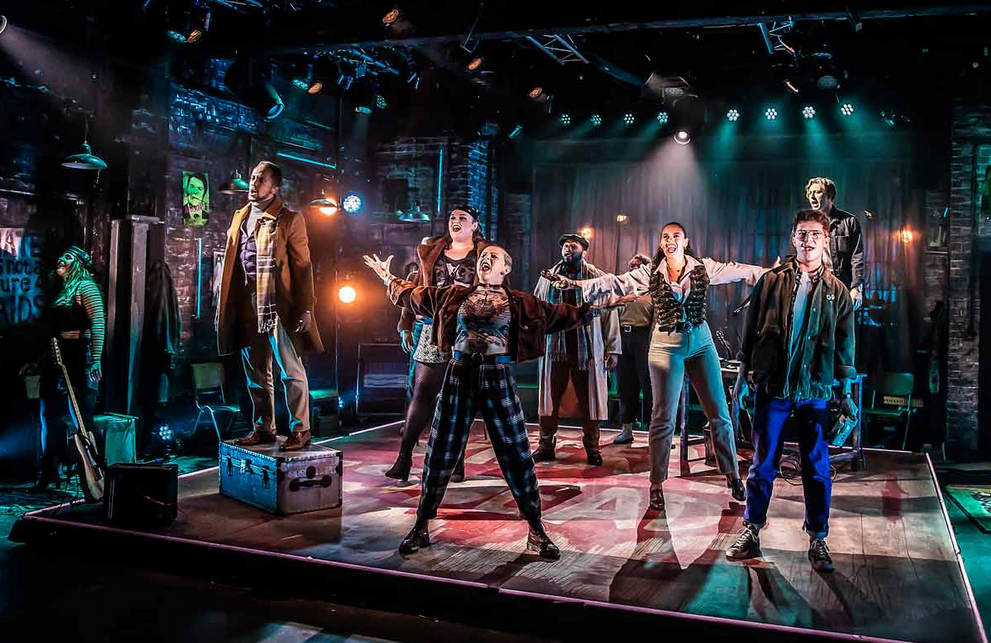 The company of RENT. Photos by Pamela Raith.

Look, there are plenty of things wrong with RENT, mostly related to its clumsy structure and a book that lacks dramatic momentum, but there are genuine pleasures too. The real difficulty facing most revivals is that it often feels over-produced on large stages. The danger is that too much Broadway or West End glamour means that disease, poverty and death can come across as picaresque.

This is a show that always needs less glitz and more grit and it gets it in a wonderfully sung, feverish revival that holds back on the sentimentality. In the process it feels as if it is refreshing and foregrounding other themes including high rents, gentrification, community, friendship and the price of making art. The latter feels particularly relevant at the moment when an estimated 40 per cent of theatre’s predominantly freelance artists and makers have had little or no income since the start of the pandemic. 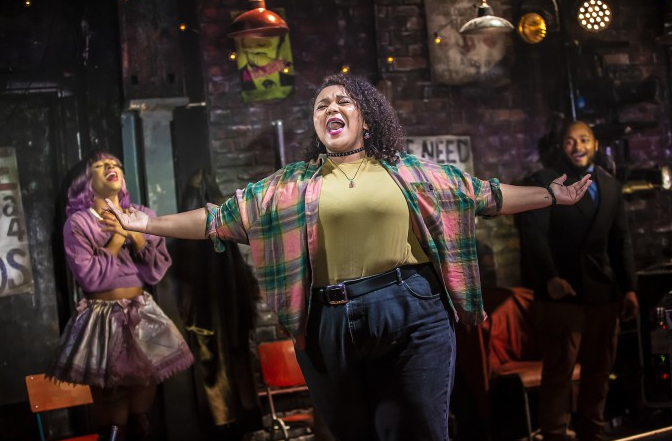 Sure, Larson’s characters can seem a little self-obsessed but they are also gloriously human, and one of the things I always like about RENT—besides its seductive rock score—is that it doesn’t play down the difficulty of making art. After all, Roger takes an entire year to write a single song.

The young cast bring a luminosity to their roles, and I particularly enjoyed the spark between Maiya Quansah-Breed’s drug addict, Mimi, and songwriter Roger (Tom Francis), Blake Patrick Anderson’s bespectacled would -be documentary maker, Mark, and Alex Thomas-Smith and Dom Hartley-Harris as Angel and Collins. Hope Mill’s revival may be small-scale, but it packs a big emotional punch.

RENT is available to stream online until Sun 20 Dec. You can find tickets here.

You can find hundreds of other streaming productions here in our Streamdoor guide.