Review: Rejoicing at Her Wondrous Vulva the Young Woman Applauded Herself

When Bella Heesom’s teenage self loses her virginity without any real pleasure, her Clitoris (Sara Alexander) is not at all happy. “I need to be included. Why didn’t you invite me?” she wails.

Rejoicing at Her Wondrous Vulva The Young Woman Applauded Herself

Rejoicing at her Wonderous Vulva the Young Woman Applauded Herself (Ovalhouse) may not live up to its glorious title but it is like the sex education class you never had but always wanted. Or an animated version of the classic 1970 book about women’s health and sexuality Our Bodies, Ourselves. It owes a great deal to the conscious-raising techniques of early feminism too. 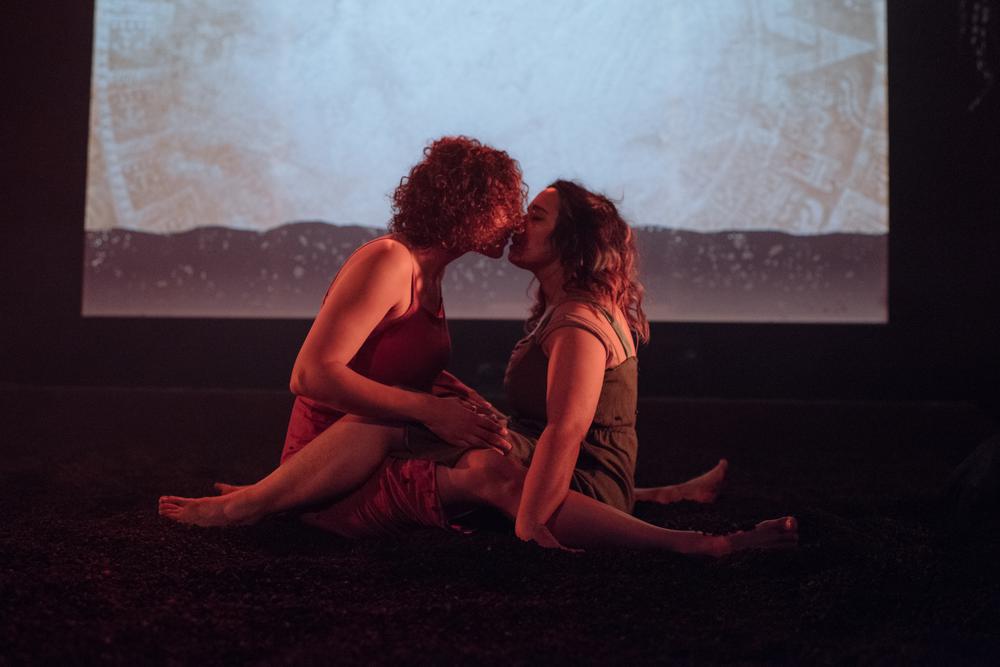 It’s a warm, earnest show, and one which, judging by the post-show discussion, is still very much needed. But some of the stories emerging from the after show were more nuanced and interesting than the one we had just seen. The trouble here is one of tone (which is light and breezy) and the fact that it never digs deep enough. Despite the nudity, it baulks at being emotionally full-frontal.

On Elizabeth Harper’s design, in which earthy mounds and wisteria fronds coyly suggest a Lady Garden, Heesom charts her journey from exuberant childhood, in which pleasure can be conjured with a pillow, through teenage fears of either being thought “a slag” or “frigid” to the belated realisation that her attempts to please her boyfriend and conform to the 21st stereotypes of a sexy woman mean that she never pleases herself. She is accompanied on this journey by Alexander’s enormously engaging Clitoris who glows with fairy lights when she is engorged. 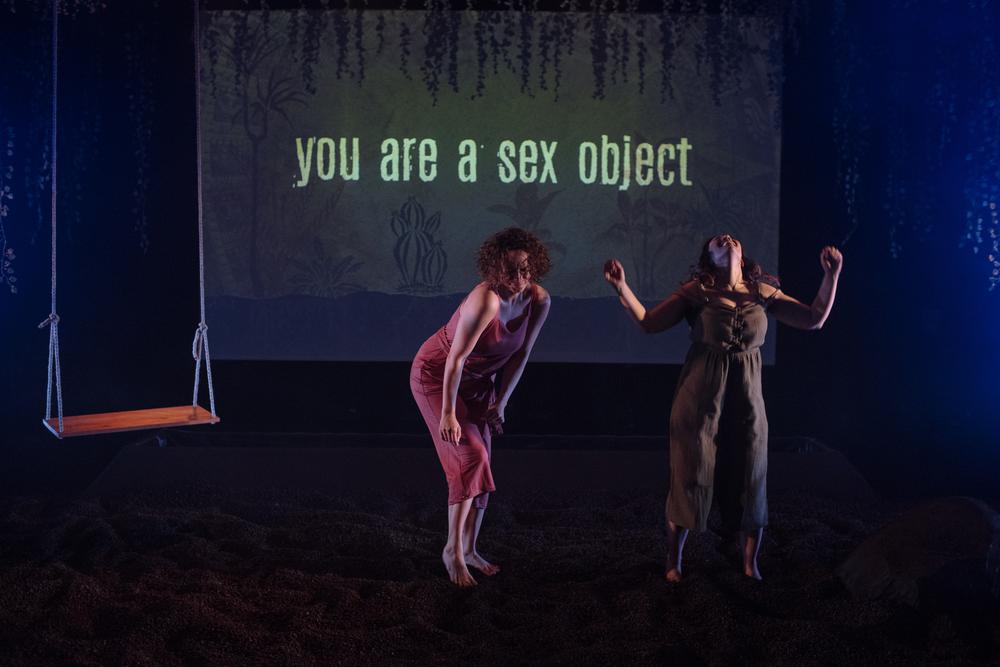 There is much to like and relate to, but the material about growing up female in a world where boys think girl’s vaginas smell of wet fish pie feels familiar from stand-up sets, and the sketch-like format is limiting. It allows for little dramatic or character development so, Heesom’s character remains unrevealed. Wondrous Vulva is welcome for the way it informs and raises discussion. But it never quite gives full-on theatrical pleasure.

Rejoicing at Her Wondrous Vulva The Young Woman Applauded Herself is playing at Ovalhouse until May 25th, tickets available here.