Punishingly long –and yet oddly sketchy– David Hare’s updated version of Ibsen’s 1867 poetic drama Peer Gynt (NT, Olivier) stars James McArdle as Peter, the serial fantasist who becomes trapped by his own fabulations and a fatal lack of self-knowledge.

This Scottish Peter refuses to really know himself. His is a wholly unexamined life.

It’s tricky to make this hollow man compelling, but McArdle has a jolly good shot at it, achieving —often against the odds– some moments of emotional depth. Most notably in the final sequence with The Button Moulder (a lovely, under-stated and wry turn from Oliver Ford Davies) who spares nothing in pointing out to the appalled Peter, a man who always thought himself so special, that he is completely unexceptional. In fact, so mediocre that he can be melted down with all the other buttons.

The problem is that Hare’s version “after Ibsen” and Jonathan Kent’s production—full of empty spectacle in Richard Hudson’s design which effortlessly features Trump-like Florida golf courses, crashed planes, a ship on the high seas, an Egyptian asylum—fails to really commit to updating Ibsen’s original, either politically, socially or theatrically. As a result, the satire lacks real bite, and the play is left stranded closer to the mid-20th century than our own era of identity politics, Instagram and the quest not for self-improvement but self-fulfilment. 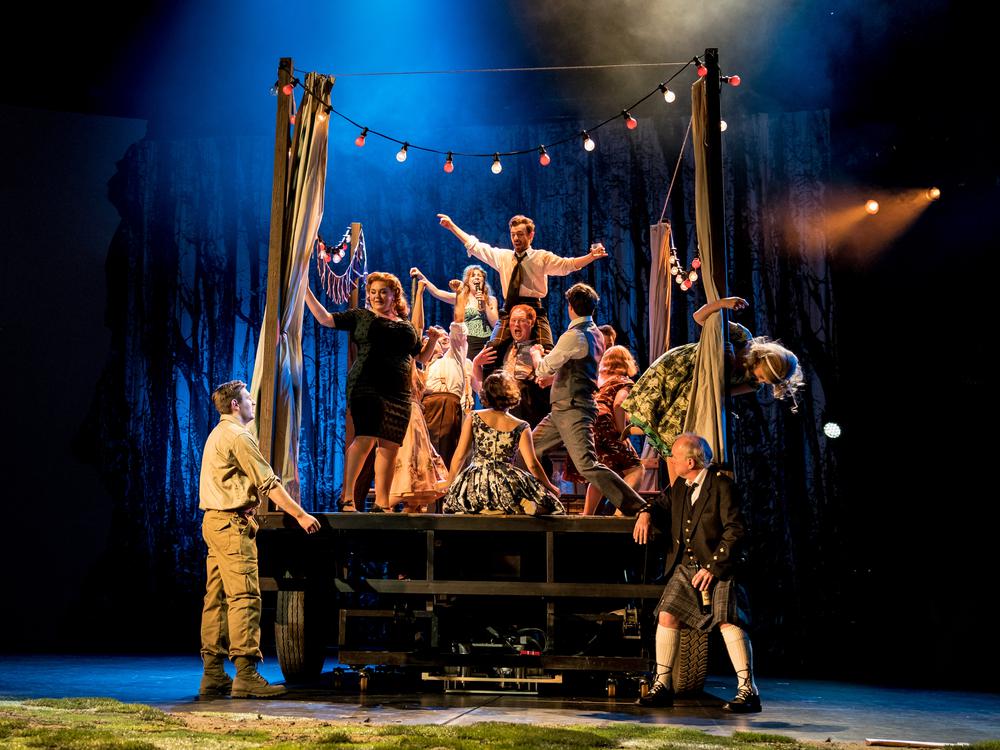 The company of Peter Gynt. Photos by Manuel Harlan.

A few contemporary references to Harry Potter or turning Peter into an arms dealer and media mogul don’t make this immediate or urgent, although I very much enjoyed the way the Trolls are presented as a Bullingdon Club style coterie who persuade Peter to pursue the philosophy “to thine own self be true and damn the rest of the world.” The scene in the asylum raises another smile with an inmate nostalgically in thrall to a better time when “cricket always lasted three days” and “passports were blue.” But there is too much repetition in an episodic three and half hours in which one damn thing follows another.

Hare simply hasn’t gone far enough, retaining not just the structure of Ibsen’s original but the 19th century gender politics too which reduces Sabine (an under-used Anya Chalotra), the young refugee who thinks that Peter can be a better man than he is, into a passive patient Penelope. The first British production of the play in 1911 had a female Peer Gynt, and that would have been an interesting choice here, although of course this male Peter intent on being “king of the world” does put you in mind of Boris Johnson. 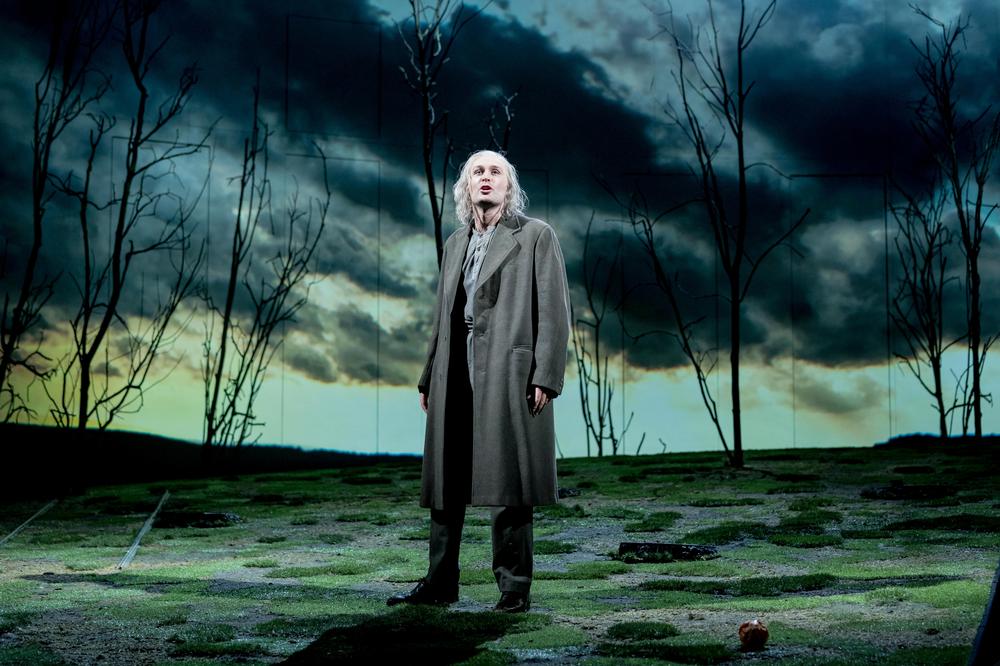 Except in its opening and closing moments, in which Hudson provides a door into the unconscious and also death itself, the production also seldom plays sufficiently on the dream-like quality of the original. There are all sorts of interesting possibilities about how you could refashion Ibsen’s play, smash it’s form apart and update it in ways that reflect knowledge about human consciousness, our sense of self and the way we narrate our own lives and the impact of the internet too.

This is a missed opportunity to bring Peer Gynt into the 21st century and to create a sharp, pithy version that speaks to a world where self-validation is a holy grail and too often the troll inside us wins out over the human. Disappointing and really rather dull.

Peter Gynt runs at the National Theatre until Tue 8 Oct.