Review: Our Lady Of Kibeho

It is the early 1980s, a decade before the genocide in which the ruling Hutu government attempted to wipe out the Tutsi tribe by slaughtering over a million of them.

Our Lady of Kibeho

The area of Kibeho in Rwanda is so beautiful that “even God takes a holiday here,” jokes one of the characters in Katori Hall’s Our Lady Of Kibeho (Theatre Royal Stratford East). But it is Our Lady who has popped in for a visit to one catholic boarding school. Alphonsine (Taz Munya) is having visions of the Virgin Mary. 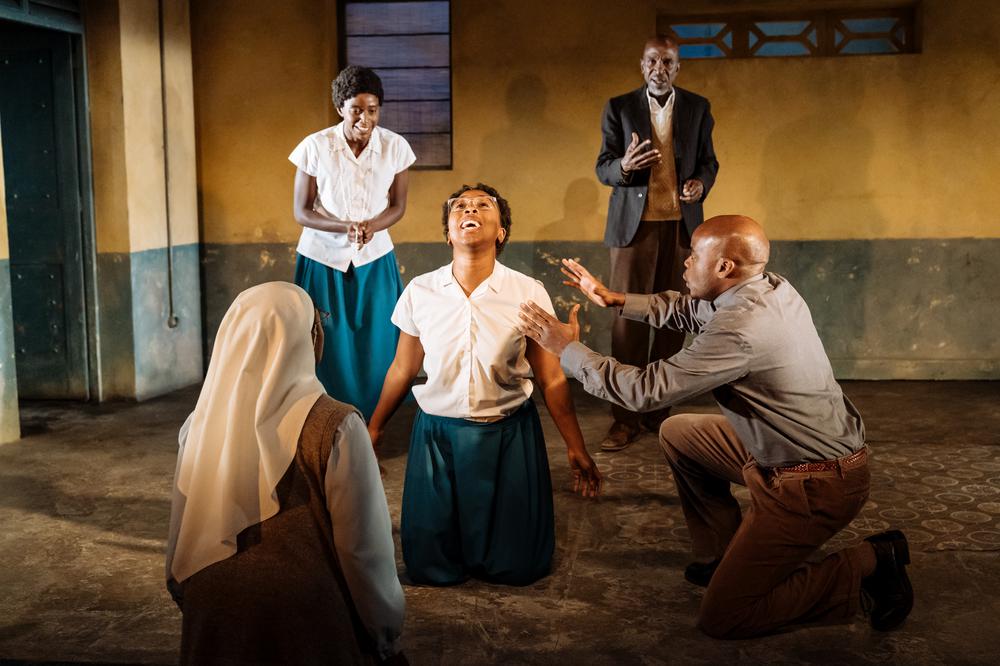 The tensions in the country between Hutus and Tutsis are replicated in the convent school where a Tutsi priest with failing faith, Father Tuyishime (Ery Nzaramba) presides, much to the chagrin of the Hutu Sister Evangelique (Michelle Asante) who thinks she should be in charge. She has her own favourites, and dismisses Alphonsine as an attention-seeker. But then Anathalie (Liyah Summers) also starts seeing the Virgin Mary and after that one of Sister’s pet pupils, the bullying Marie-Claire (Pepter Lunkuse), does too. 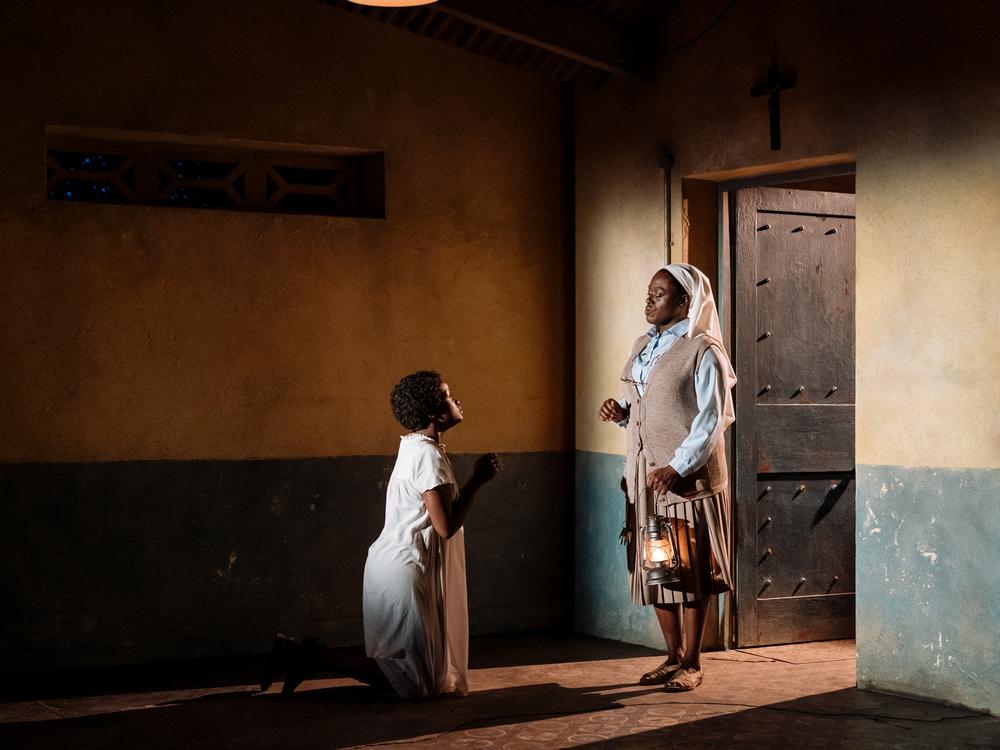 Soon there is talk of miracles, the local bishop (Leo Wringer) who is at first a sceptic starts to see the commercial and tourist opportunities, and an envoy (Michael Mears) from the Pope arrives to see whether there is devilry or trickery at work. His methods are medieval, involving needles.

James Dacre’s production is not quite a miracle, but it is very watchable as the combination of spot-on performances, Jonathan Fenson’s clever, evocative design and Orlando Gough’s other-worldly score take this to a higher plane than just Mean Girls meets Bernadette with added levitation. It has a beguiling febrile quality as adolescent female bodies and desire rub up against religious rapture, and faith and doubt circle warily around each other. There are times when this has shades of both The Crucible and Carole Morley’s The Falling. 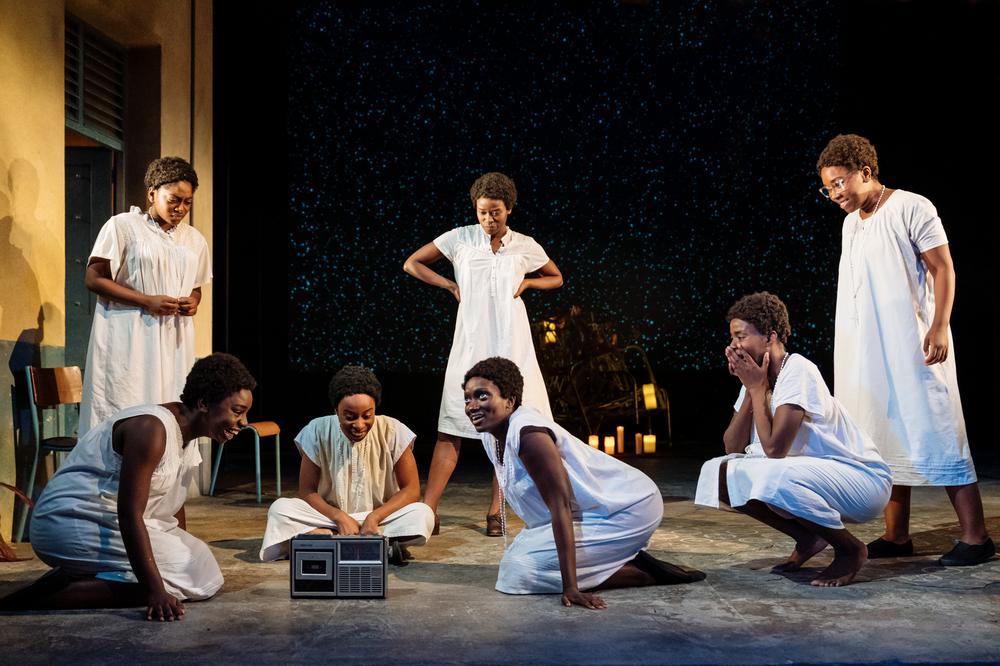 Hall is not always the most nimble of writers, and there are times when this is a little stodgy in the first half, but she plays cleverly on the fact that unlike the girls, whose messages from the Virgin Mary increasingly include visions of a Rwanda awash with blood, the audience has foreknowledge of the slaughter to come.

But the really interesting thing about Our Lady is that it refuses to offer explanations about whether the visions the girls experienced were real or not. It doesn’t try to fudge the social and political complexities of what occurred in Kibeho in the 1980s. But it does offer a potent reminder that when the young warn us of a future destroyed, we would do well to listen and take heed.