Everyone knows that it must be serious because Othello has been spotted in Nandos with Desi. And you don’t take a girl to Nando’s unless you are “banging her.”

Othello is not a soldier, as he is in Shakespeare’s play, but a different kind of fighter, a boxer. One with a mighty talent who is on the cusp of winning belts for the gym run by Desdemona’s dad, Frank (Nana Antwi-Nyanin). But although the future looks bright for Othello he has made an enemy in Iago by choosing Cassio (Micah Loubon) to be his second for an upcoming championship bout.

Darren Raymond’s Othello Remixed (Omnibus) is rough, ready and rowdy but it is also an engaging contemporary take on Shakespeare’s play which melds original text with modern street vernacular. It is performed by graduates of Intermission Youth Theatre, a youth mentoring programme working with 16-25-year olds across London who lack opportunity and are at risk of offending. They own this drama which plays out in and around a boxing ring with the audience placed on two sides. 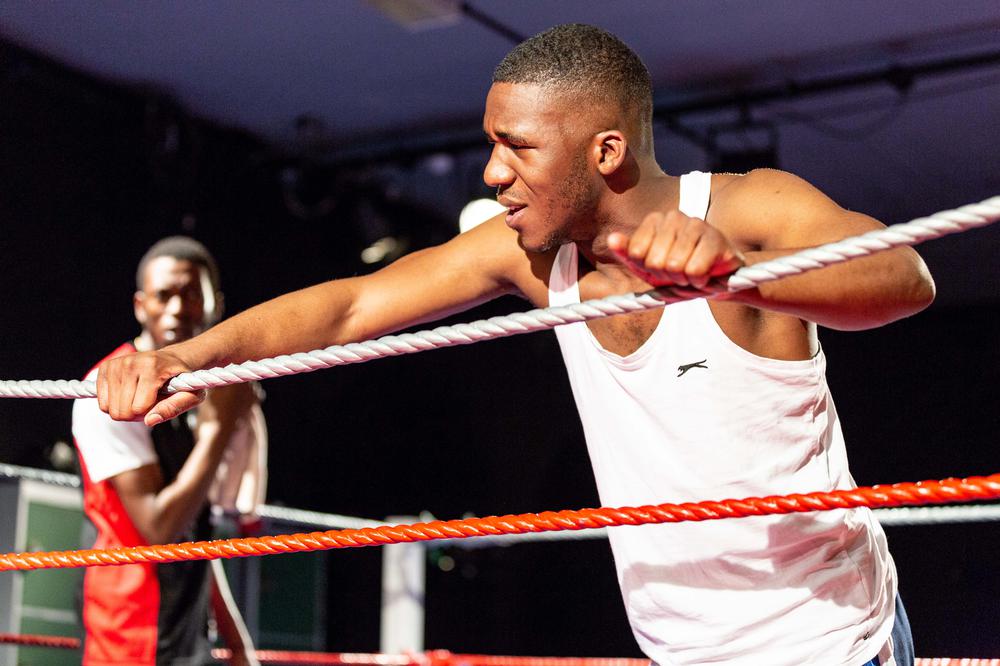 The transposition from past to present, from soldier to boxer is inspired, and the piece is keenly observant about what it means to be a real man and about the way young women are viewed. Even by the men who claim to love them. This is an evening that gives two fingers to the idea that something must inevitably be lost when Shakespeare’s language is not given pride of place and his storytelling is foregrounded. This has real narrative drive even if the interval breaks the momentum, and at the preview I saw the final scenes—which offer an interesting twist on the tragedy—remain a little choppy. 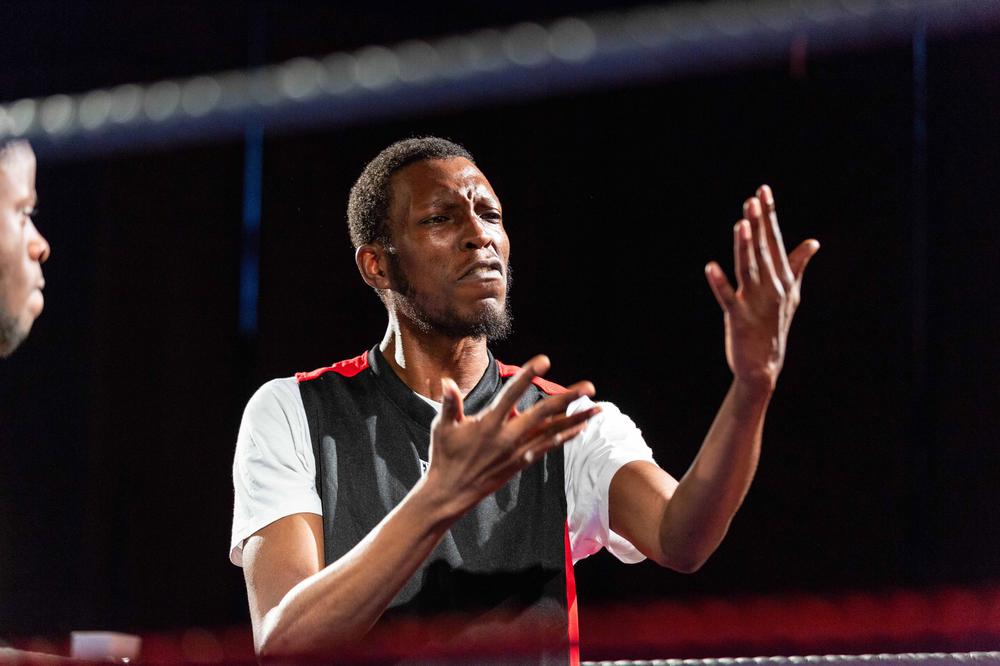 Some—but by no means all—of the acting is uneven, but the raw sweatiness of the evening serves a drama in which Iago (Baba Oyejide) fights dirty and plays on the insecurities of Kwame Reed’s excellent Othello like a cat playing with a mouse. He visibly enjoys destroying him. Hoda Bentaher is a serious, and seriously engaging Desdemona, a modern independent young woman who fails to see the danger of men with fragile egos. 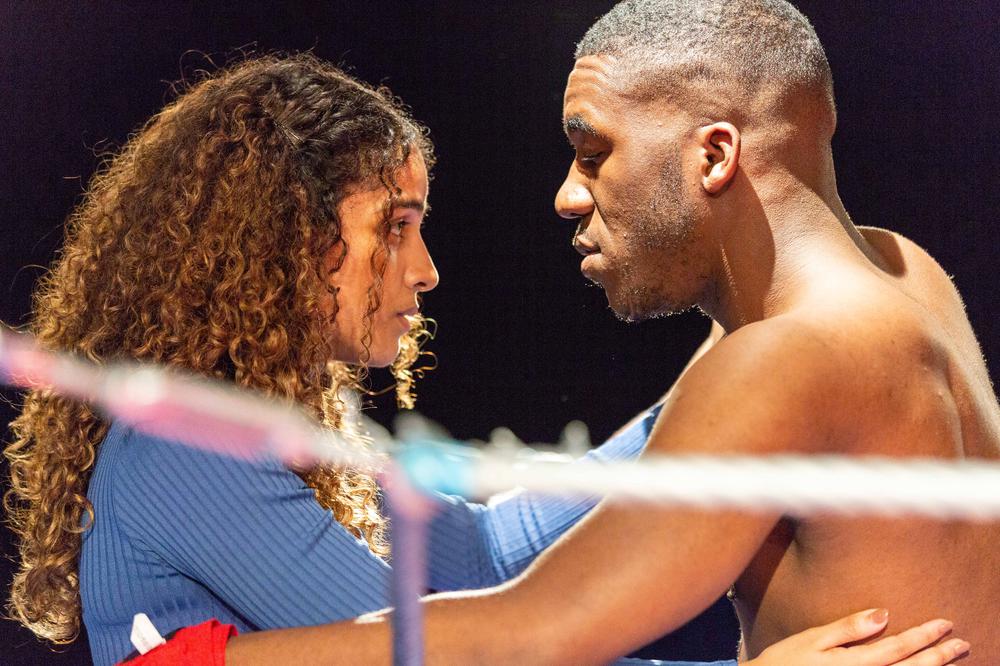 This isn’t flawless, but it is enjoyable and it is very, very accessible. A refreshingly unique take on an old story that makes it new again. Clever.

Tip: you can follow your favourite theatre companies, like Intermission Theatre, on the Stagedoor app. The next time they have a show on in London, it will appear at the top of your personalised recommendations.