The sound of Nora slamming the door on the marital home in Ibsen’s 1879 play, 'A Doll’s House', has echoed down the decades.

But when she departed from the confines of her husband’s house, and a relationship that keeps her in the state of a petted, ignorant child, does she discover herself? Or does each generation of women have to slam that door anew and in their own way in the ever-evolving quest to live different lives from their mothers?

It’s the question central to Stef’s Nora: a Doll’s House (Young Vic) an ingenious and vigorous reimaging of Ibsen’s play which gives us three Noras living in three different time periods. Nora 3 (Amaka Okafor) married to a banker, Thomas, is living in 1918 in the wake of WW1 and has just voted for the first time. She has the papercut on her palm to prove it. 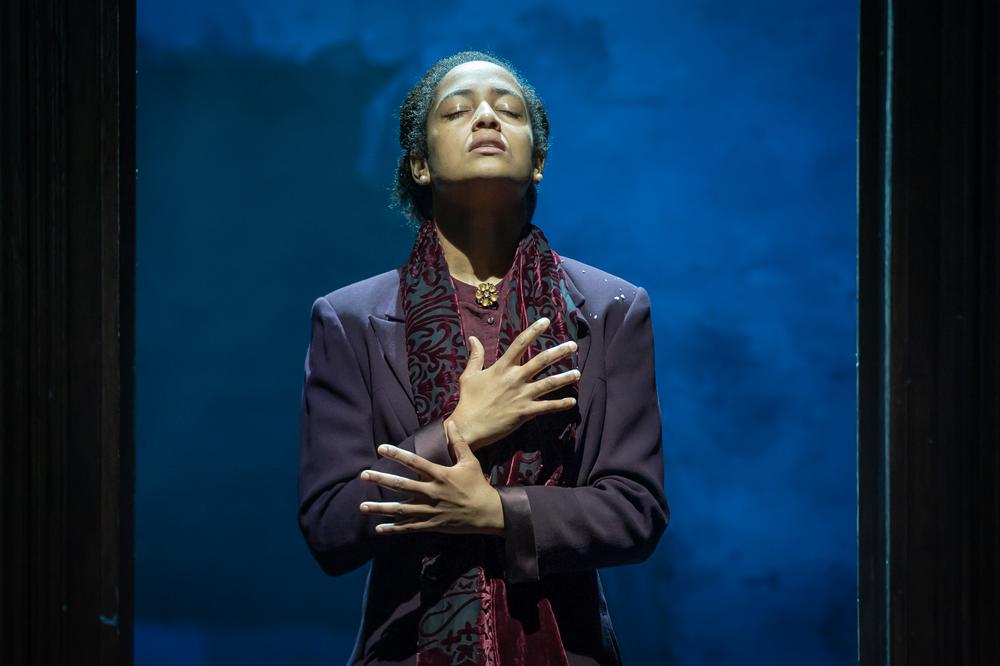 Nora 2 (Natalie Klamar) appears to be an Australian living in swinging London as social mores were changing and abortion and homosexuality became legal. Her Thomas is in the credit card business. Nora 3—and the most fully realised in Anna Russell-Martin’s glorious performance—is trying to make ends meet in 2018 austerity Britain, but the ends keep moving. But there is light on the horizon. Her husband is just about to become manager of a payday lender shop. But #MeToo hasn’t yet extended to the housing estate where she lives.

Like Lucy Kirkwood’s The Welkin, over at the National but set three centuries earlier, these women are worn down by managing and mothering. They are rendered powerless in the face of housework, their wombs, economic circumstance and husbands who treat them like children. They all have a mother’s little helper to get them through the day: sugar, or pills or booze.

There is lots of interest here and a complexity that is satisfying in a piece that doesn’t just reference Ibsen but the changing social climate, cultural shifts and also other writers. The wallpaper in the kitchen is yellow. The future is always just beyond these women’s fingertips. Tellingly, in a story that can still engender moral outrage over the idea of a mother leaving her children, the Helmer children are made all the more present by their absence. Smith is brutally honest about the fact that becoming a mother is hard, and many women may never feel maternal feelings. 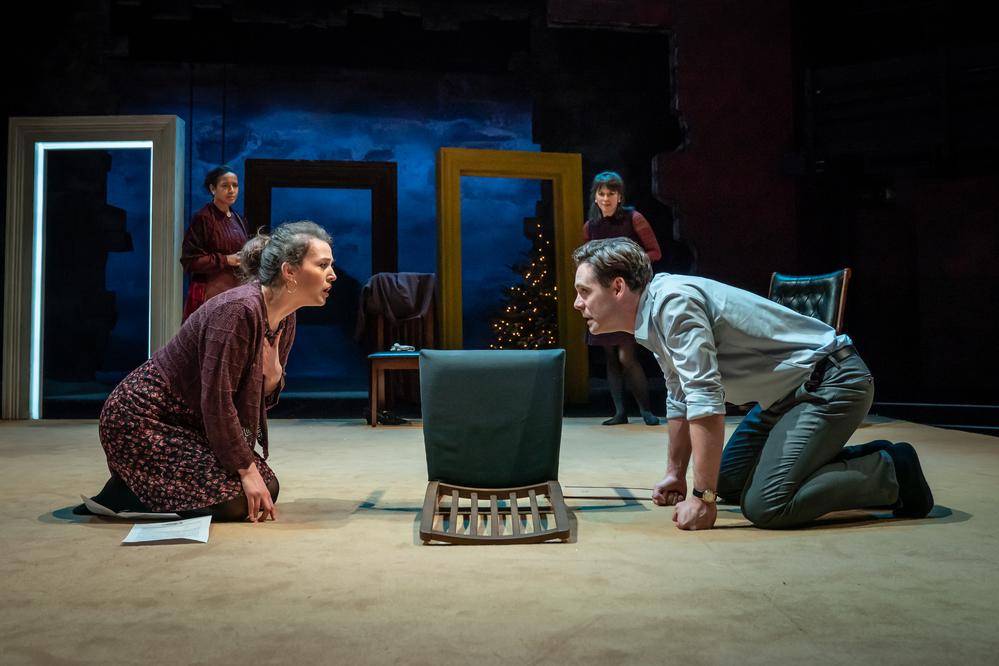 Tom Piper’s design, with its doorways, frames and images of broken walls retreating either into the past or possibly beckoning in a new future, creates a space in which these multiple universes can co-exist, in which a Nora from one century can say something and one of the three Christines (played by the same actors who play the Noras) from another century answers. These moments are potentially thrilling, creating a dialogue between women across the centuries, but make demands that not every actor on stage manages with the necessary nimbleness. The result is that at times what should be a fluid, free-flowing evening, sometimes feels a little clumsy.

But it is always insightful, not just about the original play (about which it assumes prior knowledge) but also about the position of women over a 100 years as it asks how much has really changed. It suggests that female emancipation is a work in progress, one that is driven and fuelled by the needs and anger of successive generations and one that–in the play’s moving finale–suggests that while there will be necessary gains, sometimes there will also be losses and casualties along the way.

Nora: a Doll’s House runs at the Young Vic until Sat 21 Mar.