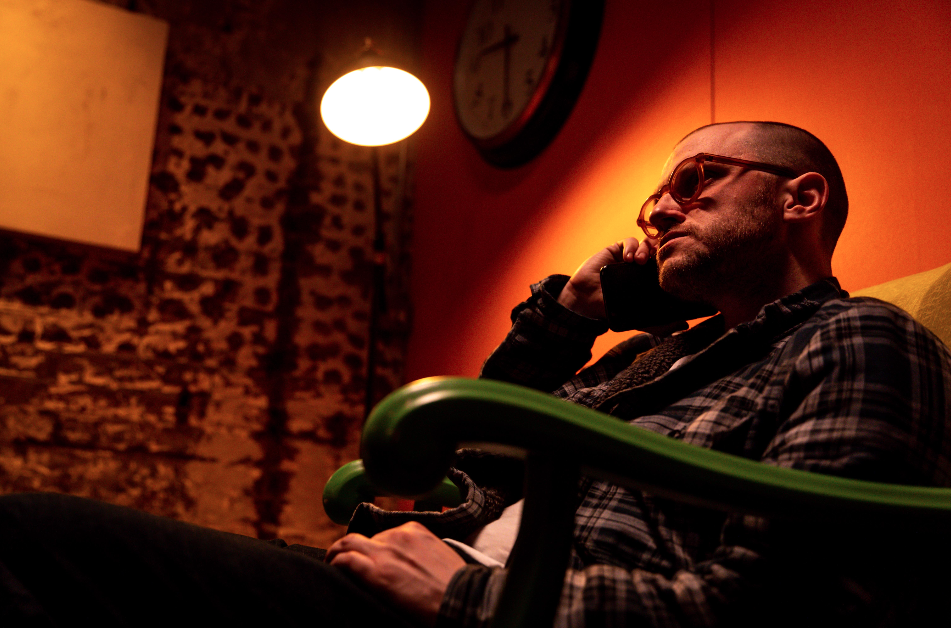 As you might expect from an artist who is one of the founder members of Irish company, Dead Centre, Adam Welsh’s No Future (available until Saturday via Camden People’s Theatre www.cptheatre.co.uk ) is a dense and fascinating 70 minutes of free-range theatre and film, live streamed from the theatre’s Euston site.

It begins with a door opening. Welsh has had a break-in at his London flat, and calls the police to check on the progress of the investigation. But, of course, it is actually Welsh who is burglarising his own life, trying to make sense of who he is and who he can perhaps be by investigating his past.

The question asked here is about what the past is. Is it merely the debris that gathers in the eye, causing floaters as we age? Or might it be a tool for discovering who we really are, like the tool a thief might use to get in through a window in an empty flat? The family photos, normally hidden away but now scattered across the bed, are suddenly seen as if for the first time.

Initially Welsh doesn’t make things easy for his audience (in part I reckon because he respects us too much) as film and live action entwine in a series of staccato images. But stick with this show because it gradually builds from its jumpy beginnings into something sparely poetic, and then onwards into an improbable police procedural drama and finally into a meditation on hauntings, inheritance and the significance of a life lived both on the margins and to the full. It’s not a tidy show but it is one which has been carefully constructed.

There’s a touch of TS Eliot and his poem Burnt Norton in which “time present and time past/Are both perhaps present in time future” but part of the trick of this show is the way it makes the apparently inconsequential, the mundane gradually gather significance. A repeated image that first time round you barely register – an elderly woman passing a shuttered shop in Welsh’s home town of Spenny Moor – gradually starts to feel as if you have spotted a ghost.

Conversations Welsh has with his father and other relatives gain power and meaning. The clues are everywhere. The police may not get far in their investigation, but Welsh operates as both victim and criminal as he turns over his own life to discover what might have been, what has been and what could be. It begins with a door opening, but there are so many other doors yet to discover.

You can watch ** No Future** online until Sat 17 Apr. Tickets here.