Promising Scottish playwright Libby (Neve McIntosh) moved to London. But now Libby is in her forties, her once auspicious career is on the rocks and she’s back in Edinburgh standing on Salisbury Crags thinking of stepping out into the void.

But 17-year-old Declan (Lorn Macdonald) steps in just in time to save her and unwittingly saves Libby’s writing career too. That’s the premise of Kieran Hurley’s spikey, sometimes uncomfortable Mouthpiece which is at Soho Theatre after its premiere at Edinburgh’s Traverse last year.

Libby and Declan are an odd couple connected by their own deep loneliness. Declan, who lives in poverty in one of the city’s housing schemes with a violent step-father and a little sister he adores, has a gift for drawing which Libby recognises. In what initially looks as if it might be a contemporary version of Pygmalion she sets out to show him the city’s culture, opening his eyes to the paintings of Francis Bacon and to a side of the city that Declan didn’t know existed. 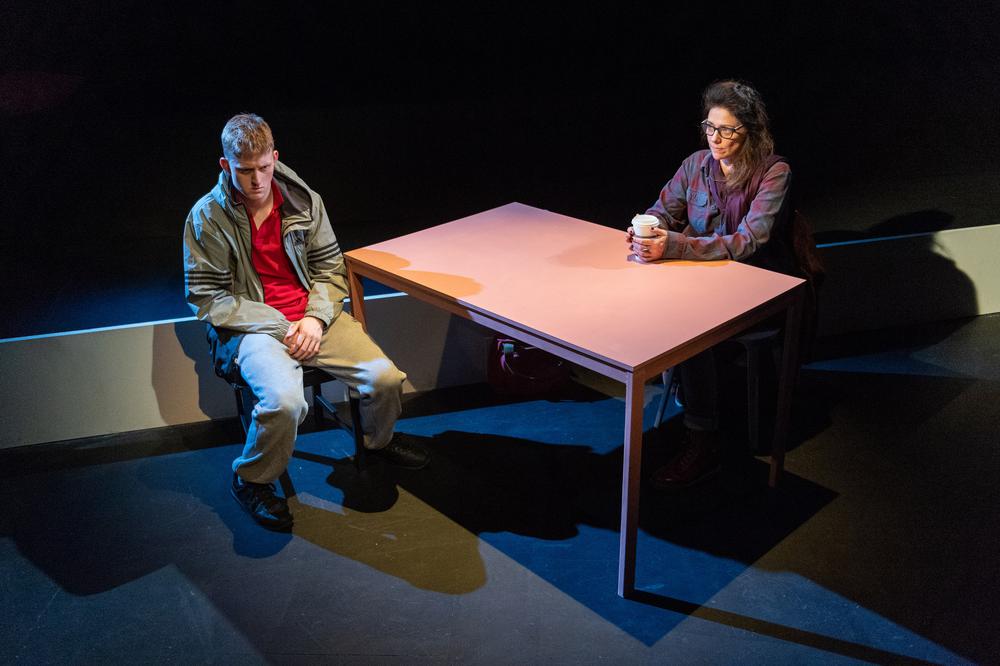 Lorn Macdonald as Declan and Neve McIntosh as Libby in Mouthpiece. Photo by Roberto Ricciuti.

But, of course, the side of the city to which Libby effortlessly belongs by virtue of class and education also knows nothing about Declan’s world. The inequalities are embodied in these two people: one with talent and no opportunity and the other with safety nets—even if that safety net is an insular existence with her alcoholic but functioning mother in a New Town flat. When Libby starts to show Declan the wealth of Edinburgh’s culture, in the process she also shows him everything from which he has been excluded. But she goes further, recognising that Declan’s working-class voice is one that is seldom seen and heard on our stages. She starts writing a play using Declan’s life and even his very words.

From this, Hurley, one of the UK’s most exciting playwrights who is brilliantly served here by director Orla O’Loughlin on a design by Kai Fischer which suggests a world at odds with itself, spins 90 gripping minutes. It’s an evening which addresses fundamental questions about inequality and exclusion and which also questions the role of art in addressing social issues, the endless quest for authenticity and the dangers of misrepresentation and appropriation in storytelling. Libby keeps insisting that all she can do is tell stories, but does she have a right to take ownership of other people’s stories? How can Declan get his voice heard? 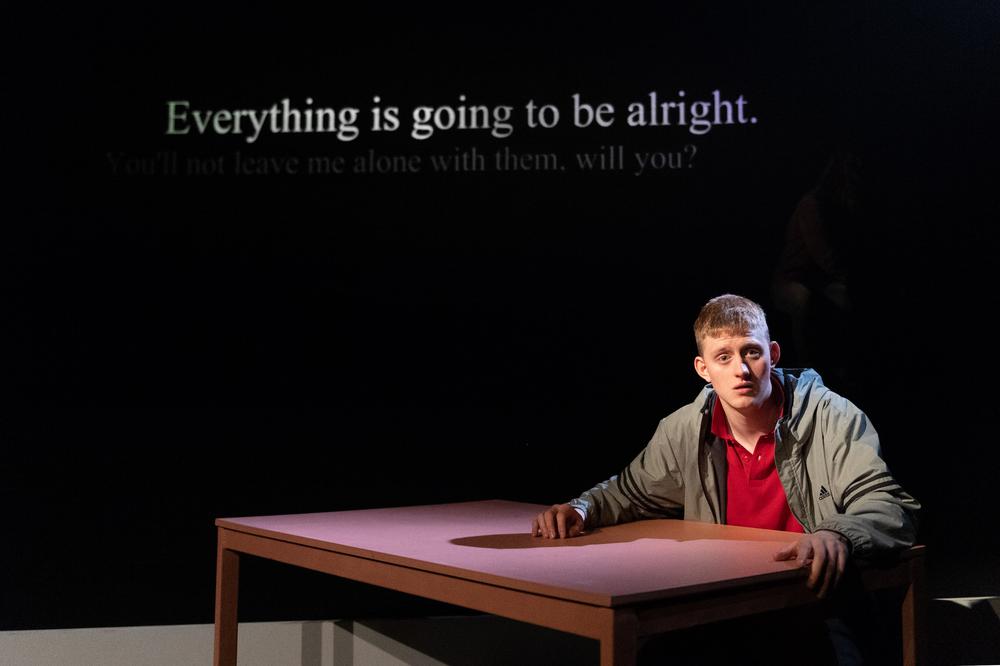 In less confident hands this might seem like so much theatrical navel-gazing, particularly because the piece uses a meta-theatre device of the kind adored by all of us who really, really love theatre, but which can sometimes feel exclusionary to those less familiar with theatre’s tropes and conventions. But it is done here with real wit and grace, and the play has a slipperiness about it which ensures that everything springs from character not from issues. The final scene has genuine emotional clout as Declan and Libby both fight to control the story, and I will never again be able to visit the Traverse box office without thinking about the 17-year-old standing there under the misapprehension that the tickets would be free because Libby has told him that culture belongs to him. “It’s for everyone.”

McIntosh is very good in the tricky role of Libby and Macdonald is utterly galvanising in a can’t-keep-your-eyes-off-him way as the damaged, hunched Declan who sees a door open only to have it slammed shut in his face again. Bracing in every way, and a play which wisely suggests that listening and giving agency so that people can tell their own stories is the only way that art stands a dog’s chance of being relevant.

Mouthpiece runs at Soho Theatre until Sat 4 May. You can find tickets here.

If you discover a theatre maker whose work you absolutely love, you can follow them on the Stagedoor app. The next time they have work on in London, it'll be at the top of your personalised recommendations.