A woman, plagued with pain, is awake in the hours between midnight and dawn.

Her unreliable body confines her to the bedroom of an ordinary house but her digital body can take her anywhere as she clicks on-screen, exposing layer after layer of the internet, a place where stories entwine and she can go everywhere and be anyone she wants (even a man with a beard). Performers Tom Penn and Nadia Nadarajah play the avatars with a nimbleness that helps us as an audience navigate the not inconsiderable complexities of this experience.

Eve Leigh’s Midnight Movie (Royal Court Upstairs) is a ghost story and a fairy tale, sometimes a sinister one. It is a variation on what happens when a girl goes into the woods, but like all fairy tales it offers both warnings and liberations. It is fantastical in all the right ways. Data-eating ants manifest themselves all over the bedroom walls in an optical hallucination; you can almost believe that you can see a vampire his face pressed against the skylight; the water in a fish tank turns black with bodily fluids. 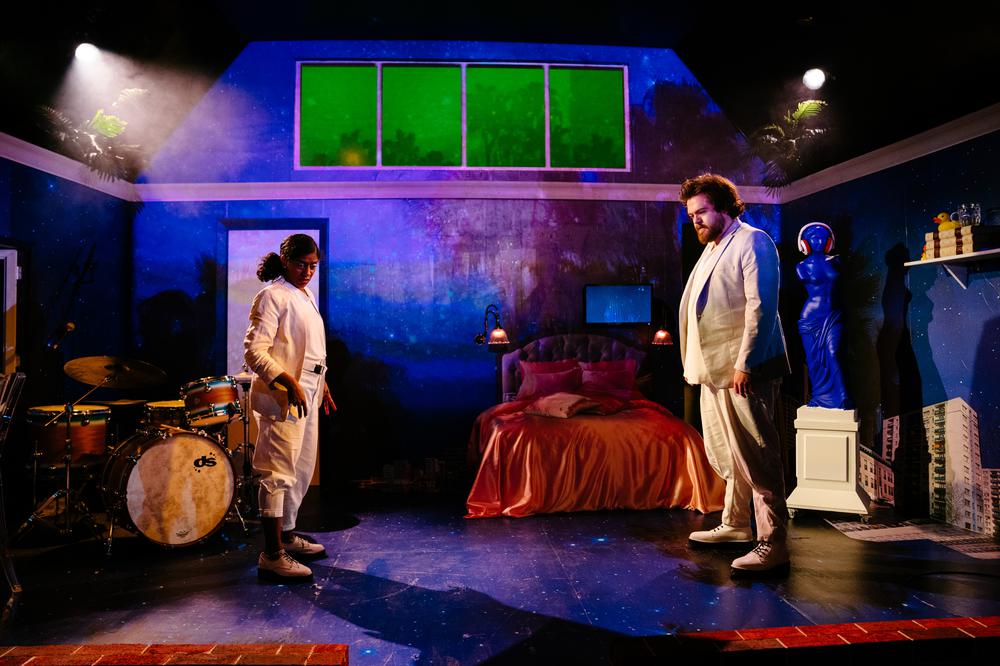 Just as the internet has layers and ghosts so does this play which exists in several spheres: on the page of the printed text, in performance, in English, BSL, captioning, audio description, in the emails that will be dropped into the in-boxes of those whose bodies cannot take them to the Royal Court. There is a ghost of this play that now haunts my mind that and it will merge with my own dreams, my own insomniac journeys into the internet.

Midnight Movie rewards most when you stop trying to decipher what is going on and just allow yourself to fall into it as stories slide into each other, disappear and reappear. Rachel Bagshaw’s nifty production keeps all the plates spinning, and Cecile Tremolieres’ design with its screens and yellow rubber ducks helps create the sense of something both grainy and full of clarity, playful and serious, contemporary and retro, public and intensely private. It is as if you are inside the internet itself and the boundaries between the real and the unreal are constantly dissolving, reasserting themselves and then disappearing again. 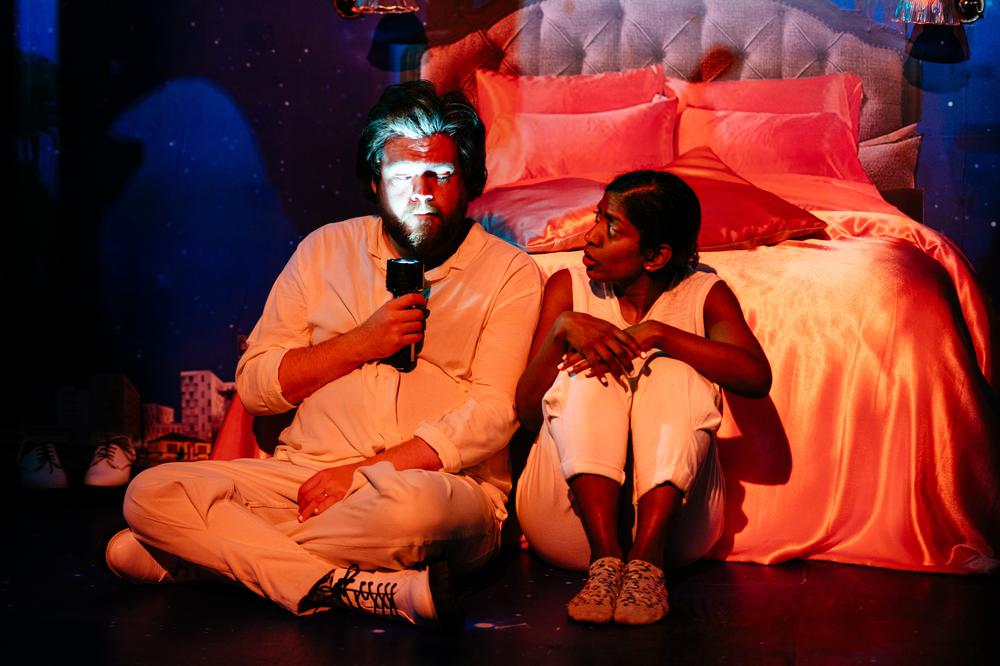 It is a fascinating 70 minutes, although it may frustrate you if you are the kind of person who wants to know exactly what is happening minute by minute. It doesn’t quite manage to make an emotional connection (or at least it didn’t for me) but it feels like a genuinely radical theatrical experiment. And a generous one as it contemplates ideas around access and disability, freedom and confinement, pain and relief. I imagine this might be even more rewarding on a second viewing. Weird, but definitely in the right way.

Midnight Movie runs at the Royal Court until Sat 21 Dec.