‘Master Harold’…and the Boys (NT/Lyttleton) is one of South African playwright Athol Fugard’s most personal plays, one of his most intimate too.

Master Harold and the boys

It is a play that pulsates with the playwright’s shame at his younger self. It was inspired by an ugly real-life incident when as a white school boy he turned on a black waiter who had long served in his mother’s Port Elizabeth tearooms, and always treated him like a son.

When it comes, that moment, a microcosm of white privilege and the oppression of black people, still causes a gasp of shock, a little emotional earthquake, in the Lyttleton auditorium.

Roy Alexander Weise’s production, exquisitely designed by Rajha Shakiry to conjure both 1950s Port Elizabeth tearoom and—in its final moments—a ghostly ballroom dance hall, is very much a slow burn. Sometimes it’s a little sluggish and still looking to find its rhythm. The fault lies partly with the play, which is talky and static. The acting, detailed and questing, mitigates a great deal. 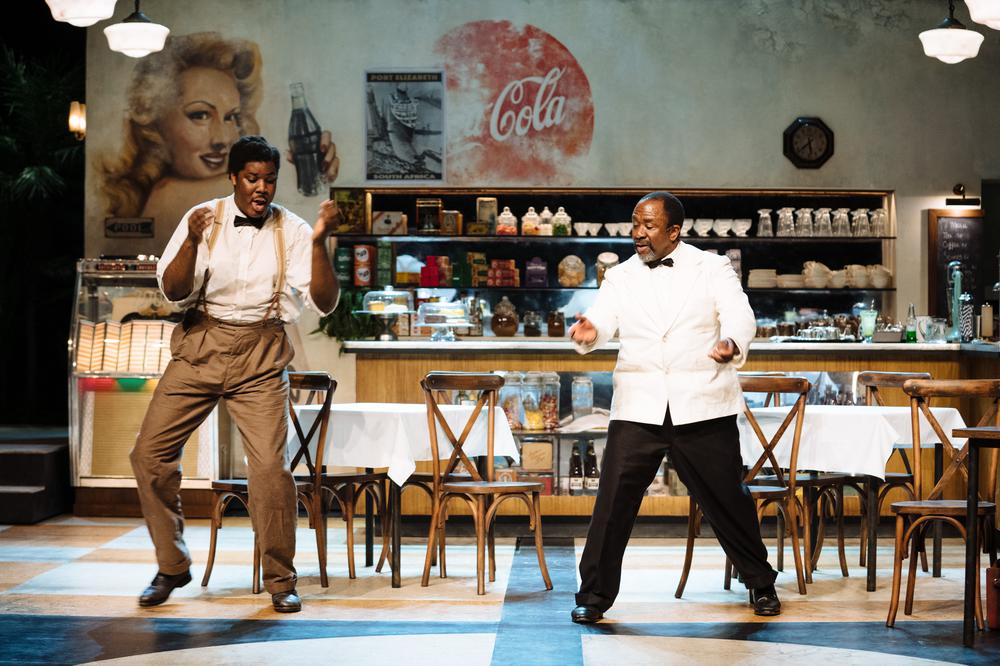 It only really catches fire in its final 20 minutes or so. But when it does it’s like watching a rocket go whoosh. It makes you lean back in your seat from the heat and the rush and the glow lingers to the very end.

During the build up to that incendiary moment the two waiters Willie (Hammed Animashaun) and Sam (Lucian Msamati) clean up the deserted café, practice their dance moves for the upcoming New Brighton Ballroom Competition that Willie hopes to win, and babysit the proprietor’s troubled teenage Hally (Fugard’s first name was Harold) who arrives at the café to be fed and do his homework.

Only it’s the precocious and arrogant Hally (Anson Boon) who thinks that he is the one in charge and doing the educating, patronising Sam who has been a substitute father for him, and taking delight in stealing Sam and Willie’s descriptions of the ballroom dancing championships for a school essay about how “the war dance has been replaced by the Waltz.” 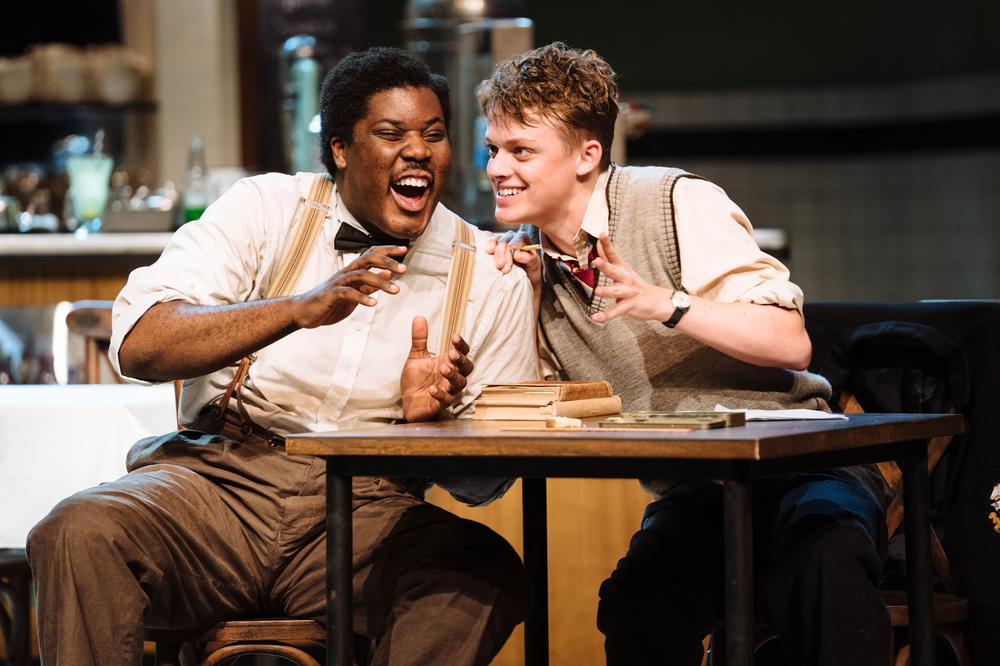 The piece is sharp on memory and storytelling, what is buried and what is excavated, and how a twist can change perceptions of a story. It is as if the playwright is interrogating his own craft and motives in retelling this particular tale, looking his own shame in the face and naming it. We see the lingering consequences in the scorched image of two men dancing in the dark.

‘Master Harold’…and the Boys runs at the National Theatre until Tue 17 Dec.