Bus drivers do it. Librarians do it amongst the stacks in the library. Children in a playground do it.

Two footballers in an empty stadium do it. The police do it. The doctors and nurses in an operating theatre do it. Scientists in white coats do it in their lab. Firemen do it. Wheelchair users do it.

What are they doing? They are recreating Tovill and Dean’s famous ice dance to Bolero that won them gold medal at the 1984 winter Olympics in Sarajevo. Only they are not wearing ice skates and there is no ice.

Mass Bolero is a short film created back in 2014 by Nottingham Playhouse to celebrate the 30th anniversary of the famous win by Nottingham’s favourite daughter and son. It has been up on-line ever since and I’ve watched it before but an email from the Playhouse reminded me of its existence, so I took another look. If you are looking for a quick mood up-lifter it is just over seven minutes of quiet unassuming joy. 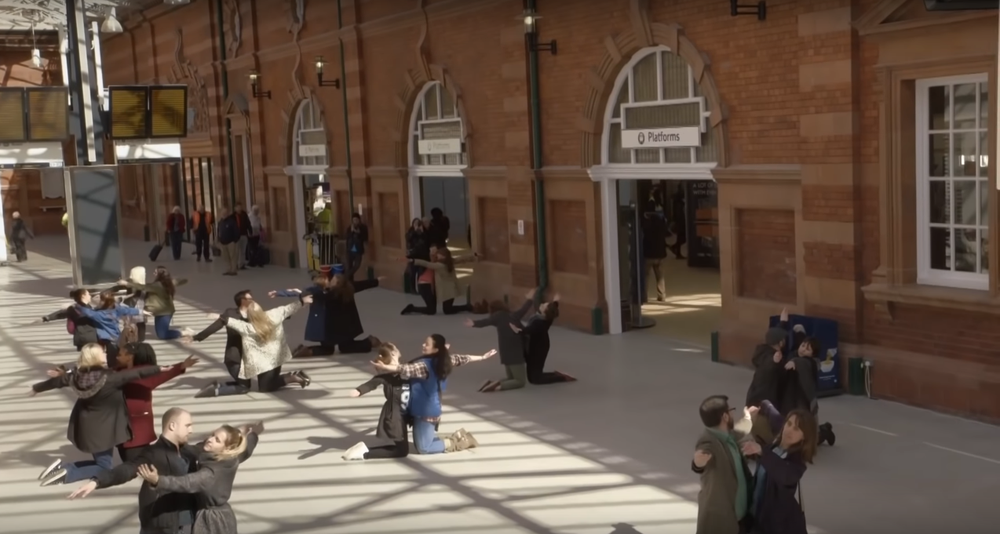 The thing that makes it so moving is the way the impossibility of what these groups are trying to do is defied, and the way that the film celebrates that and makes a feature of the incongruity of the attempt setting it against the memory of Torvill and Dean’s famous victory. Original BBC commentary from the original broadcast is cunningly placed; there is a deliciously low-key special appearance.

The piece was made by each community group producing just 10 seconds of the routine with all the different contributions being cleverly stitched together to make a single film. One of the most moving things about it is the way the diversity of the groups involved asks questions about what makes up a community and a city and how we celebrate together. Those recreating the routine do it with a touching and often absurd solemnity. They do it with awkward grace, with limbs that don’t quite behave, with knees that creak. Sometimes you can see the effort and the concentration. But they do do it and there is joy in that as everyone joins in the dance and makes something beautiful and bigger happen beyond their own contribution. Despite a lack of expertise, despite the lack of ice.

In these extraordinary times Mass Bolero offers a fillip for the soul because these dancers—with their ungainly elegance–are not just doing it for themselves but they are doing it for all of us. 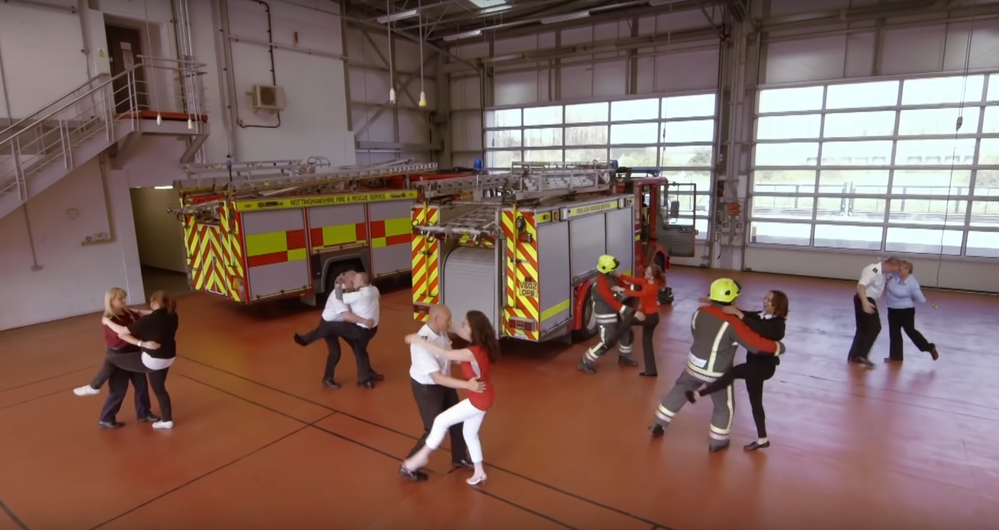 You can watch Mass Bolero in full here.