There is a bit of a VAULT Festival takeover on the London fringe at the moment.

A Hundred Words For Snow

At Trafalgar Studios, Tatty Hennessy’s A Hundred Words for Snow, a VAULT hit from last year, is getting cracking critical and audience responses, and now Hennessy pops up at Jermyn Street as the director of Maude Dromgoole’s Mary’s Babies, also seen in a version at the Vaults last year. It’s all a tad incestuous, which is appropriate for a show about a group of 1000 people all busy matching, hatching and dispatching while blithely unaware that they all have the same father.

Hardcore VAULT Festival followers will also note that Dromgoole’s 3 Billion Seconds premiered at the festival just gone. Like that show, Mary’s Babies reveals an obsession with quirky statistics and facts. Until Mary’s Babies I had no idea that, like all human beings, I have a genetic link to bananas. I don’t even like bananas. 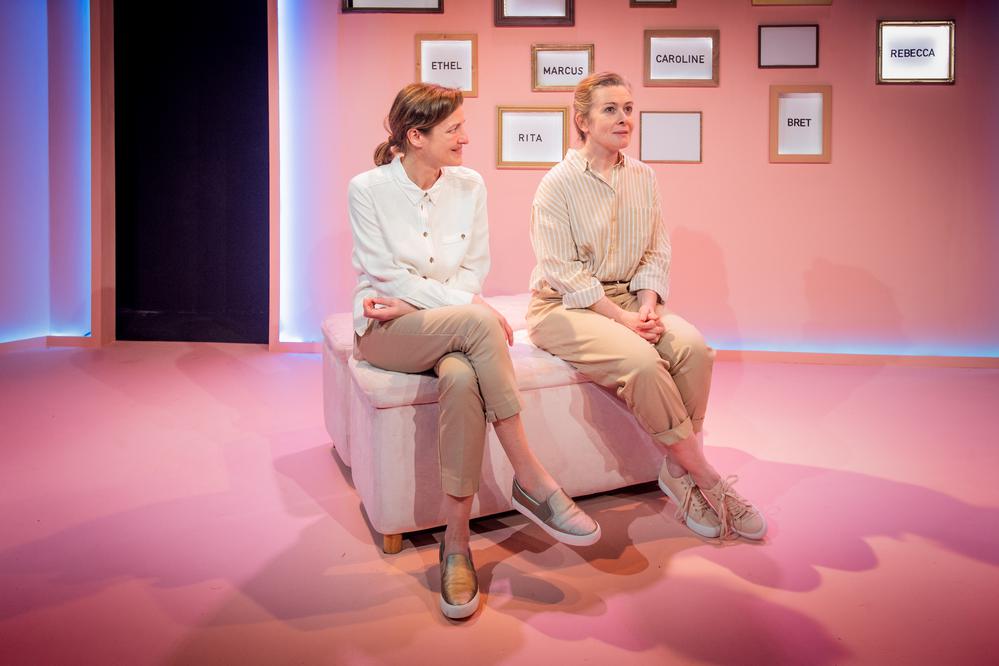 But Kieran, the lynchpin in Mary’s Babies, is even more disconcerted to discover that he is not the son of the recently deceased woman he called mother for the last 46 years, and he is one of the children of Bertold Wiesner, who together with his wife, Mary Barton, was an early pioneer of assisted conception. At a time when these things were unregulated, Wiesner’s sperm was used in at least 1000 pregnancies.

Barton and Wiesner really did exist and so do the Wiesner brood, but the characters in Dromgoole’s play are all made up and sometimes they feel like cyphers who are being used to demonstrate some of the issues and complexities that occur when you have scores of brothers and sisters you knew nothing about. You could be having a sexual relationship with one of them. How does it impact on the idea of family or your sense of self to suddenly discover you have huge numbers of siblings? 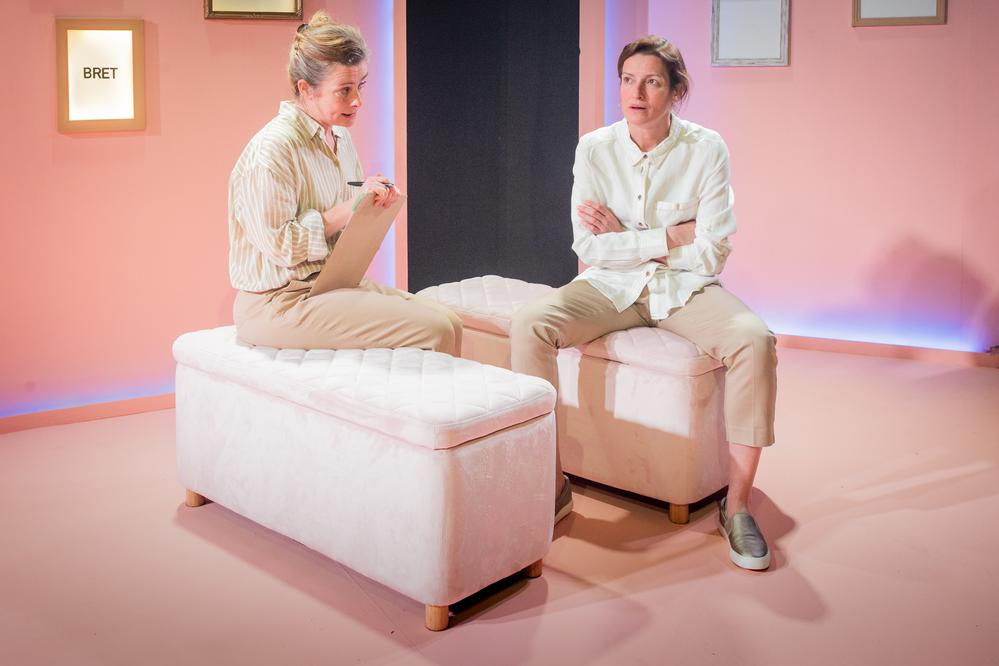 In an ambitious structure, which involves 39 characters being played by just two actors—the hard-working Emma Fielding and Katy Stephens—Dromgoole sets up a kind of theatrical daisy chain in which everyone is either genetically or emotionally related. Even the design—which suffered technical difficulties on the night I saw the show—feels a mite over busy.

There are some very sharply observed scenes: I really enjoyed two comic exchanges with an improbable but entertaining registrar, oblivious to the connection she has with those seeking her help. There are also nuanced moments between the nurse, Caroline, and Gracie, the latter watching her father die of the genetically inherited Huntington’s Disease.

But the sheer number of characters and scenes mean that both often have a perfunctory air and—in some instances—a doubtful function. The Barton/Wiesner legacy is a fascinating one, but Mary’s Babies seems content to skim the surface of our genetic inheritances rather than disturbing the darker waters beneath to examine what it really means to be family and why blood ties so often bind tighter than any other.

Tip: if you discover a new writer and you want to keep up to date with their work, you can follow them on the Stagedoor app. The next time they have a show on in London, it will appear at the top of your personalised recommendations.