The title may be lumpy, and sometimes the plotting is too, but Lunatic 19’s: A Deportational Road Trip (Finborough) is a steely first play with a tender heart.

Gracie, an undocumented Chicana worker, has been in the US since she was five and has always worked and paid her taxes. But recovering from a serious car crash in hospital she discovers that she has fallen foul of an executive order that says that any undocumented immigrant who has broken the law can immediately be deported without trial. Gracie’s crime? Unpaid late return fees on a car rental.

Before you can say Kafkaesque, Gracie—complete with neck and head brace and still in her hospital gown—has been bundled by Alec, a government marshal, into the back of a van and is being driven towards the Mexican border. Over the course of several days, Gracie’s story emerges and it turns out that, despite Alec’s insistence that he is an all-American guy and she has an illegal alien, they have a lot in common. 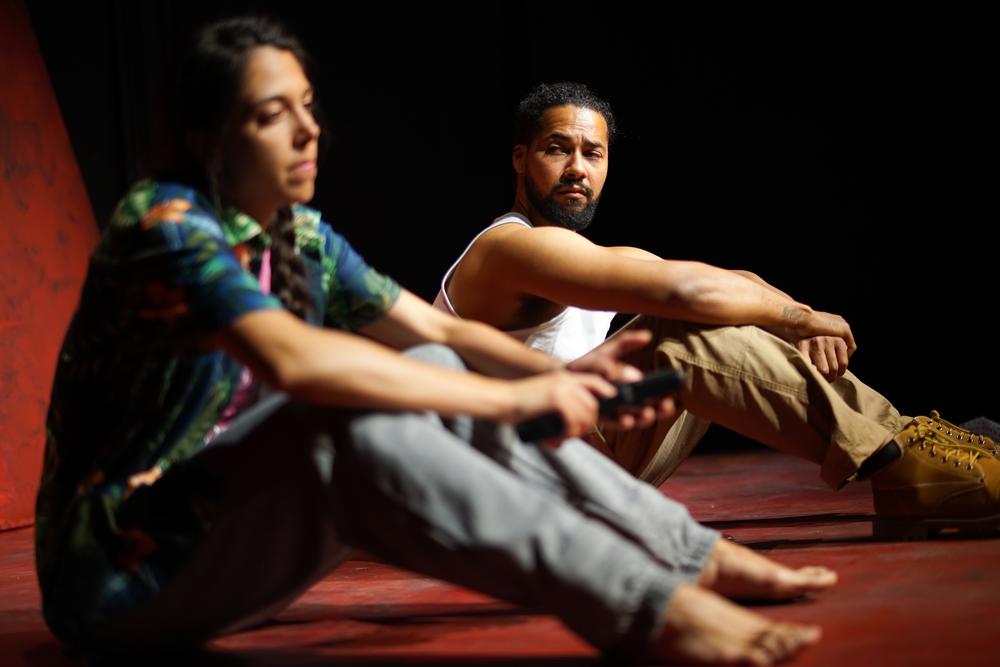 Tegan McLeod’s play is spikey on the way governments get those at the bottom of the heap to do their dirty work for them. There is a sweaty poetry in the writing that tells stories so full of loss. She is incisive too on the psychology of Gracie and Alec’s enforced relationship, even if some of the mechanics of it are not quite believable.

Jonathan Martin’s production, played out on a rusted stage (design: Carla Goodman) that makes you think of an American soaked in the blood of immigrants, never quite finds a satisfying balance between realism and something more surreal and poetic. But Gabriela Garcia captures both the brittleness and desolation of Gracie, a woman made by her past but desperately trying to forge the future. And if Alec is the more under-written role, Devon Anderson does very well to suggest the slow awakening of a man who has asked too few questions about his job and his life.