Review: Love Down the Line by New Perspectives

Love Down the Line

It takes the form of five-minute live telephone encounters written by Sophia Hatfield and Jack McNamara, and performed just for you either by Hatfield or Ollie Smith. It is the latest offering from the Midlands’ rural touring company which has been genuinely ingenious during lockdowns by using alternative ways of delivering theatre from postcards delivered direct to your home to WhatsApp dramas.

There are four Love Down the Line mini-dramas and I sampled two, both small but meaty. In the first Hatfield plays a young woman, far from home, talking down the phone to her mother in a heartfelt outpouring featuring confessions and Bakewell tarts. She tries to explain how she has realised that people, including mum, have always made assumptions about her. It is a piece which delicately suggests that real love is allowing someone to be their true selves. It comes with a clever little dramatic twist. 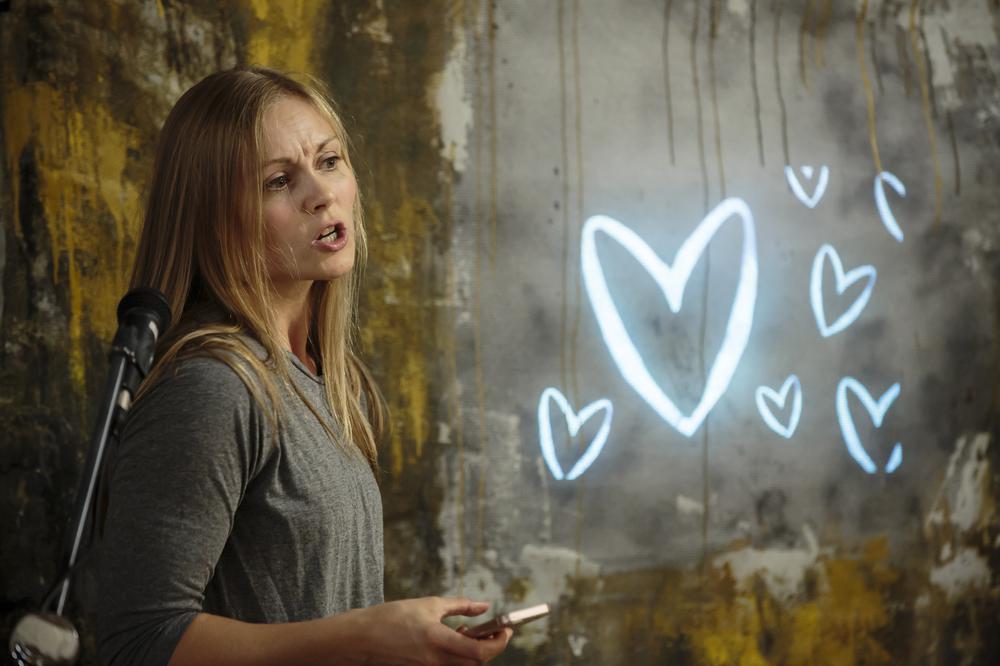 Sophie Hatfield in Love Down the Line. Photo: Lucas Smith

The second one, performed by Ollie Smith, featured DJ Eddie Sparkles spinning the discs to his local radio audience. There is some very minor audience interaction with you cast as a listener selected to help Eddie as he talks about “that pesky little thing called love.” It’s not arduous.

Eddie piles on the cheese thick, but it soon becomes apparent that he’s dealing with his own break-up and, much to the consternation of his producer, is using his radio show to send a message to an absent lover. With the divorce rate skyrocketing during lockdown, it feels pertinent. The sly, clever thing about the piece is while it makes you complicit in Eddie’s yearning to be reunited with his lover, it also makes you speculate on the break-up. Does Eddie’s carefully constructed public persona conceal something darker? Are you being made complicit?

These little telephone dramas may be morsels, but like any good piece of theatre –whether epic or bite-size—they give you a vivid glimpse into someone else’s life. Long after I pressed the end call button, I was wondering whether mother and daughter will ever really connect, and how Eddie will be spending his Valentine’s Day.

Love Down the Line is available from 13th-14th February 2021. You can find tickets here