Review: Lost Dog - In a Nutshel

Choreographer and dancer Ben Duke of Lost Dog is sitting on a red velvet seat in an empty auditorium trying to explain what theatre is—or rather was—to someone who has never been to theatre and has no concept of how it operates.

Lost Dog - In a Nutshell

Maybe that someone is from Mars? Or maybe they are from a Covid-19 future where theatres have long closed down because the idea of sitting packed closely together with strangers is an anathema.

Clever, wry and infinitely sad, In a Nutshell (available through the Place’s website) is both a love letter and a eulogy for theatre, and one that reminds that when you set out to explain what theatre is, it sounds puzzling and completely absurd. How do you describe magic? It is only when you are there in the audience and there are performers on stage that the alchemy happens. And not every night. 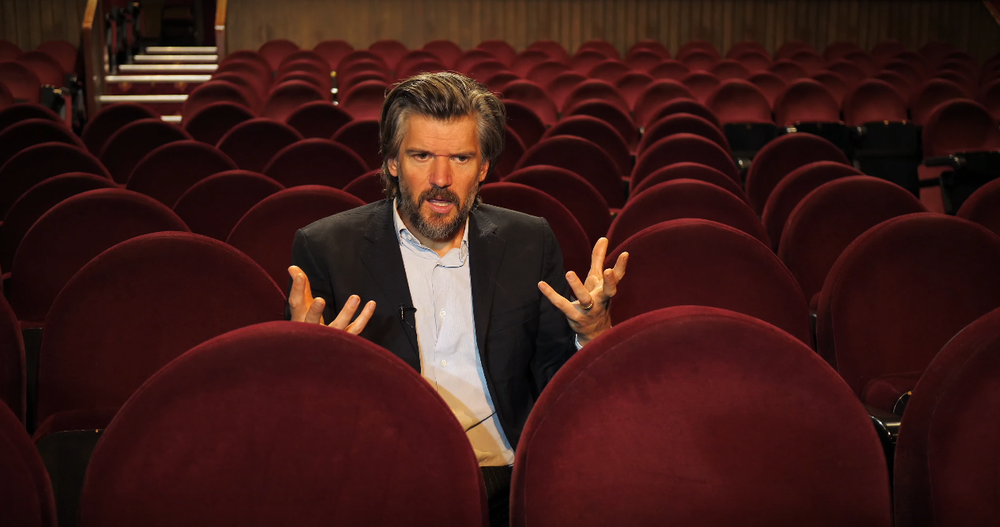 The title of this piece — filmed and edited by Rachel Bunce — is an ironic nod to the fact that it is impossible to explain theatre in a nutshell. You really do have to be there in the room for the enchantment to happen. It is something indefinable, amounting to something far more than its individual components and the two crucial ingredients for that magic are the performers on the stage and the audience in the auditorium.

Not surprisingly, in a 15-minute piece that reminds me a little of some of Forced Entertainment’s work, there is an overwhelming sense of absence. The auditorium where Duke sits is filled with emptiness. There is something Beckettian about the way he talks to the camera recalling great theatrical moments of the past (you might recognise references to Fevered Sleep’s An Infinite Line, De La Guarda, Caryl Churchill’s Escaped Alone, Pina Bausch’s Palermo Palermo and of course Hamlet. “He was there a lot.”) but unable to connect and increasingly uncertain if anybody is actually there. After a while you start to wonder whether you and Duke might be the very last people left in the world. You could slip away without him ever knowing. After all there is nobody to climb over in the adjoining seat. 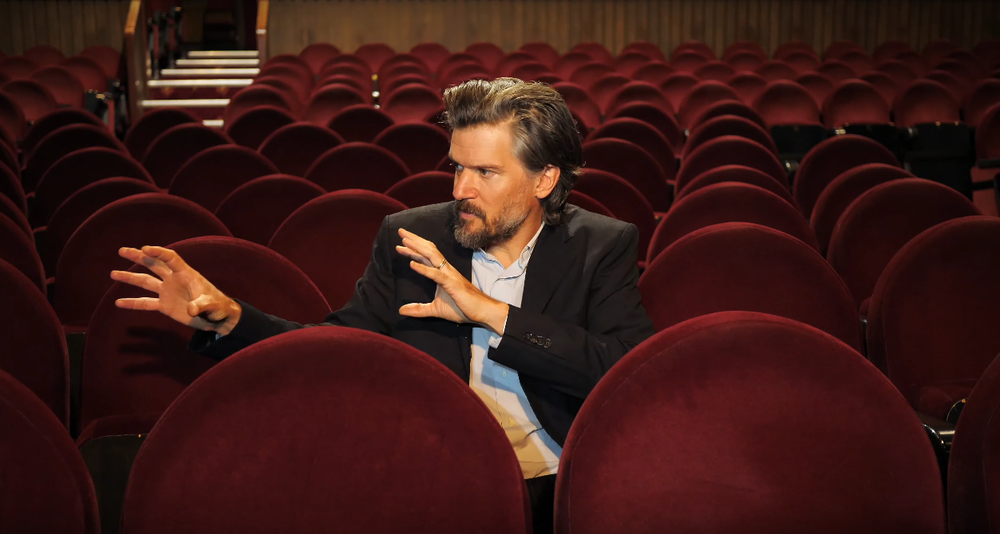 The piece is delicious on the conventions of theatre from black outs to the arrangement of seats. “You sat in a seat. Not any seat.” Pause. “It wasn’t a free for all,” he adds sternly. But most of all, at a time when theatre’s future is genuinely under threat, In a Nutshell celebrates the live experience and send up a distress flare signalling what we might lose if theatre doors remain closed, auditoriums stay empty and live performance becomes a relic of the past.

In A Nutshell is available online until Friday 23 Oct. You can watch it here.