Kelly is 27 and never been kissed. But then she meets geeky, gentle Neil who works in the arcades on the Skegness seafront she so loves.

Kelly and he strike up a friendship over takeaway chips and disputes about which is the best Marvel character. It turns to love. Kelly knows what she wants. But when Kelly tells her mum, Agnes, that she has a boyfriend, Agnes says it’s inappropriate. She is so furious she threatens to call the police. That’s because Kelly has Down's Syndrome and Neil does not.

I first saw Ben Weatherill’s Jellyfish (NT, Dorfman) in the studio space at the Bush last year where the sand actually tickled your toes. It loses intimacy—and on occasion audibility—in the Dorfman, but it is still a melting joy of a play: knotty and tender, driven by character not issues. It is one that constantly challenges the audience about our own prejudices. 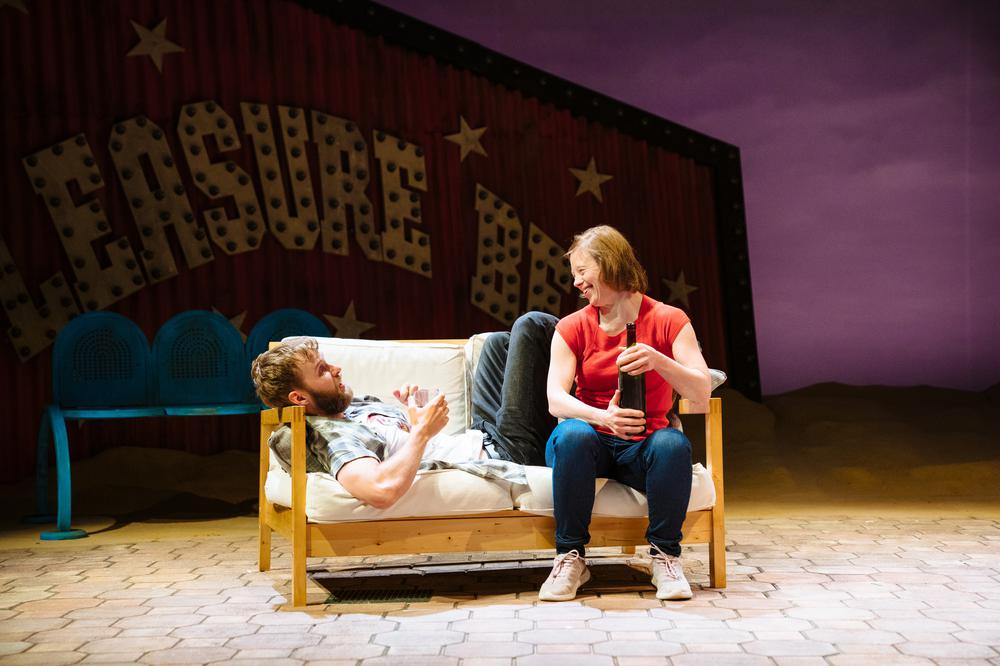 Agnes has weathered the worst, raising Kelly on her own. The strain shows in her face which is etched with constant worry. But is she right to worry about Neil’s intentions or is she simply being over-protective? Why does she think that Kelly’s relationship with Neil must be unequal and exploitative but one with Dominic–who has Asperger’s–would be perfectly acceptable to her? Or is it simply that after years of bringing up a disabled child, Agnes knows how the world will look at this relationship.

Weatherill brings these threads together with the lightest of touches. The play is conventional in many ways. The evening has an appealing seaside retro vibe that lends it charm, and the story might be described as bittersweet. But that is to underestimate the complexity of what is going on here, the layered web and weave of the play’s construction, and the way it constantly shifts attention and sympathies.

It is always directing the audience’s gaze so we see past the issue, past the disability to the person. The character of Dominic, the would-be Mastermind contestant (special subject Kylie Minogue) may primarily act as a comic foil. But his story is crucial. Dominic was not being helped enough while Kelly may have been overly supported, stunting her capabilities as an independent person. 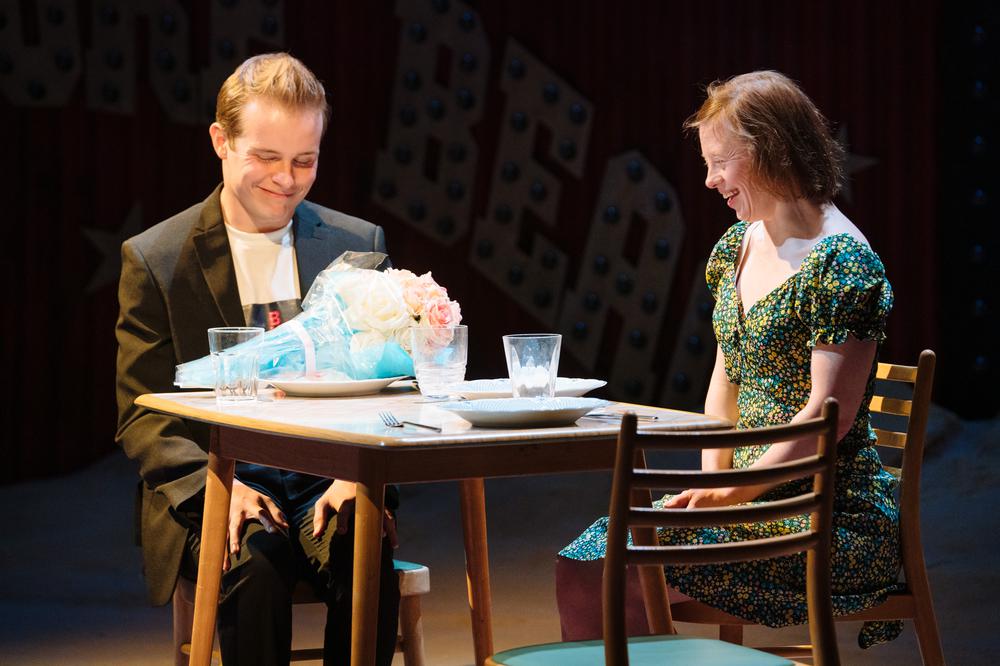 Sarah Gordy is sharp and funny as Kelly, a woman who always knows her own mind to the discomfort of those who love her. Penny Layden negotiates the tricky task of making us empathise with the complexity of Agnes’s responses to the relationship and its consequences. Sion Daniel Young brings a quiet emotional depth to Neil and Nicky Priest is very funny as Kelly’s confidant, Dominic.

All power too to Tim Hoare for a production that has a tender attention to detail, particularly in the tiny unspoken interludes that demonstrate that sometimes love simply doesn’t need words.

Jellyfish runs at the National Theatre until Tue 16 Jul.