Most of us think that we are experts on what it’s like to be in prison on the basis of having seen a few episodes of Orange is the New Black or Locked Up.

Or maybe we saw Bad Girls, the Musical. But for 40 years Clean Break, who work with women in vulnerable circumstances, have understood that the only people who are experts in what it’s really like behind bars are those with lived experience of the Criminal Justice System.

Some of those women and their experiences are live on stage at the Royal Court in Inside Bitch, an hour that gleefully explodes the preconceptions and stereotypes of popular culture. In the process it messes with the way that theatre so carefully constructs and peddles its own deceptions and false realities. It is done with a snarky joy and feels a bit like watching all the balloons being burst at a smart party. 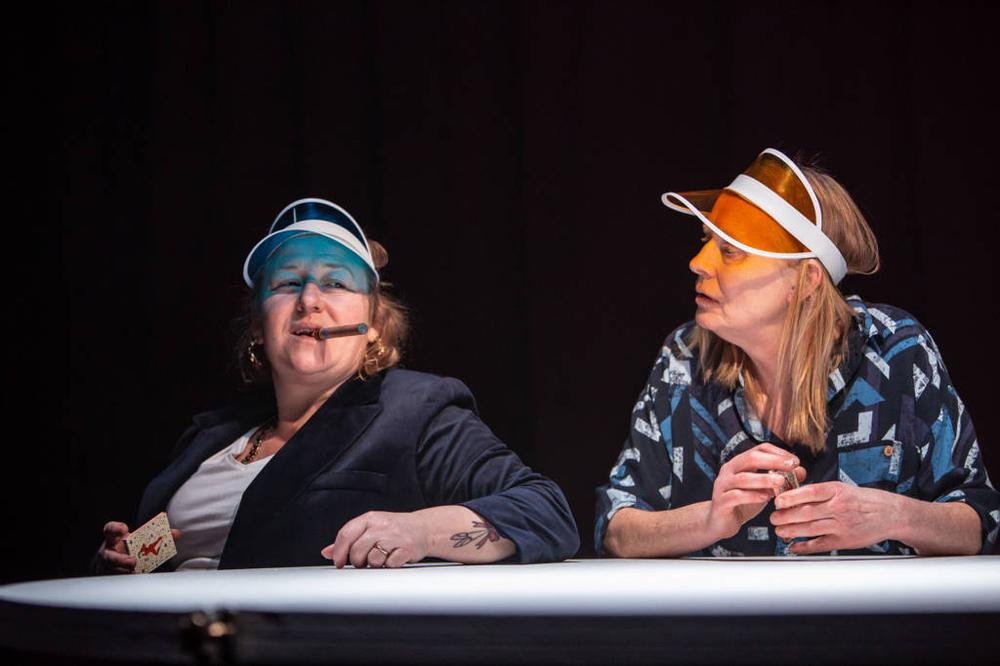 TerriAnn Oudjar and Lucy Edkins in Inside Bitch. Photo by Ali Wright.

Co-created (that word is the most important one in this sentence) by a cast of artists —Lucy Edkins, Jennifer Joseph, TerriAnn Oudjar and Jade Small– who have been to prison, and two—Stacey Gregg and Deborah Pearson— who have not, the show shows us four women coming together to create a pitch for a new TV series or Hollywood movie.

As well as a send-up of Hollywood movies, including a teasing opening sequence that references The Shawshank Redemption, there is game-playing and lists and audience participations and fantasies—I loved the section where the show has gone on an all-conquering around the world tour. There is even merchandise, pointing up the fact that there is money to be made from prison stories, but seldom for the women whose stories they are.

At its messy beating heart is the real lived experience of the women on stage, yet the great thing about this show is that it doesn’t excavate those experiences for our entertainment but rather shows us these women as they are now. The space is filled with hoots of laughter both from the stage and the audience, but it is the silence that follows a question asked in the final moments which is unbearably telling. 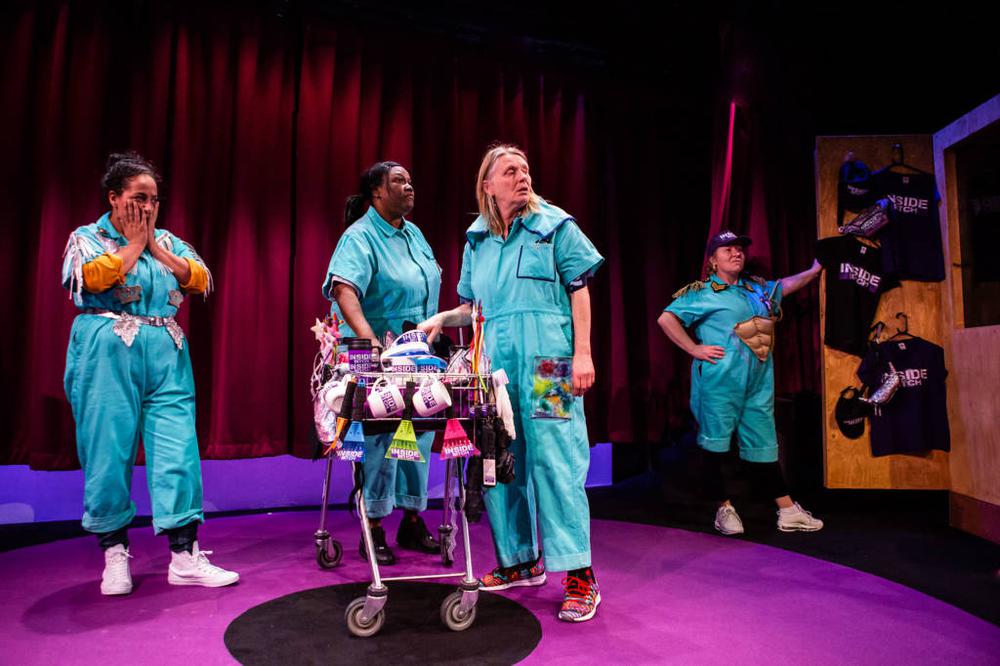 The company of Inside Bitch. Photo by Ali Wright.

Like Hole before it at this address, a piece whose very presence was about claiming a space—one with a long history of plays predominantly written and made by those from a very small segment of the population—this show is part of an on-going interrogation by Vicky Featherstone and the Royal Court.

The interrogation asks: what is new writing, how form itself can offer liberations and restraints, who gets to occupy the stage and how many different voices can be heard?

It’s always good to hear theatre talking about these things, but it is even better when we can see those issues being explored through the actual work that a theatre programmes over a period of time. Each individual show is, of course, important, but what is even more important is the direction of travel, the discoveries made along the way.

I have long been a huge admirer of Clean Break, but what this show does is also move the company into interesting new territory through a co-creation process in which the act of collaboration has influenced both form and the content. This is not a tidy show, because life is never neat, but in eschewing neatness and embracing playfulness Inside Bitch tells a truth we seldom hear.

Inside Bitch runs at the Royal Court Theatre until Sat 23 March. There's only a few tickets remaining so you'll have to move fast! You can book here.