Review: I Wanna Be Yours

There is a point when you are in the middle of falling in love when you only have eyes for each other.

But love, however all-encompassing and joyous, is still part of the society in which it blossoms and it is subject to outside pressures. On a micro scale that’s about personal tastes and whether you take a view on the superiority of North London to South London and its transport system.

In Zia Ahmed’s deceptively light but deeply felt love story, I Wanna be Yours, Haseeb, a young poet, does indeed have strong views about South London’s transport networks, but that is not the tension in his burgeoning relationship with struggling actor Ella. Instead they dance around the fact that he is brown-skinned, and Muslim and she is white and celebrates Christmas.

When she takes him to a party, all her drama school friends assume he is a drug dealer. When he takes her home for Eid her attempt to fit in by hugging his cousin displeases an aunt and causes ripples throughout the family. Is love enough to carry the pair through? Or will the elephant in the room of race, class, gender just keep getting bigger and bigger? There is a wince-inducing episode in a park; a terrific scene in which Haseeb keeps biting his tongue. 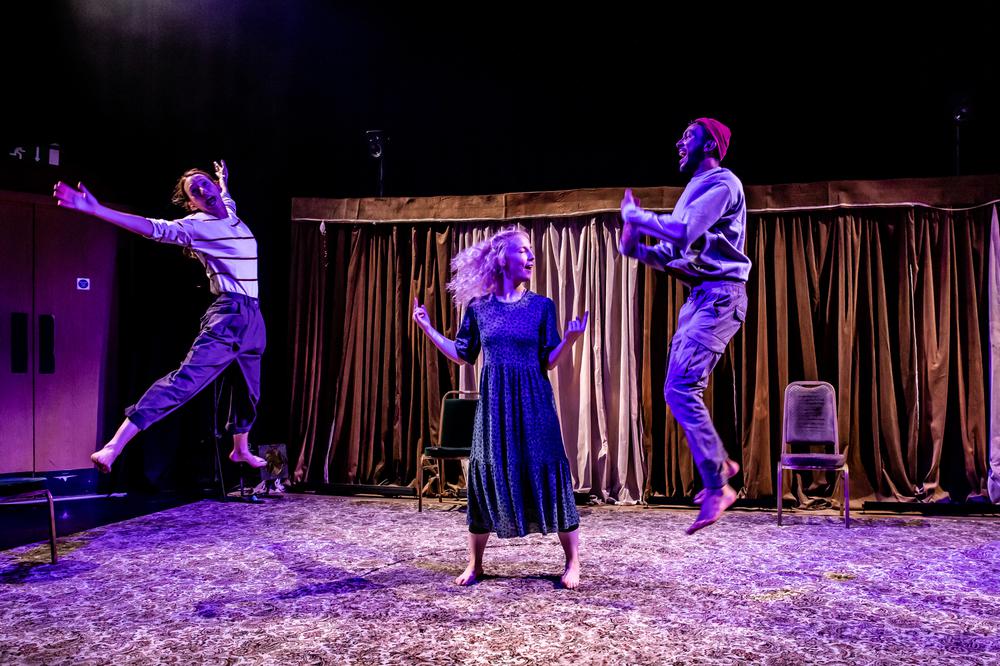 Emily Stott, Rachael Merry and Ragevan Vasan. Photos by The Other Richard.

Ahmed’s play is not Romeo and Juliet by any means, but it niftily demonstrates how hard it is to navigate public pressures in private relationships. He has fun doing it too in a script that borrows from the rom-com tradition, and which is both lyrical and buzzy and takes some entertaining—and necessary—pot-shots at the whiteness of theatre itself, its eagerness to cage writers of colour in like exotic creatures in a zoo.

This is a show that has you really rooting for its protagonists even as it delivers some home truths about othering and the harsh, exhausting day to day reality of being brown skinned in a predominantly white world. It may be far less hard-hitting than Fairview, much less likely to make its audience uncomfortable but it is no less incisive about what it does to a person of colour to be looked at and continually judged. Or what is like to be two people from very different backgrounds trying to navigate your relationship with each other as both family and the rest of the world look on. 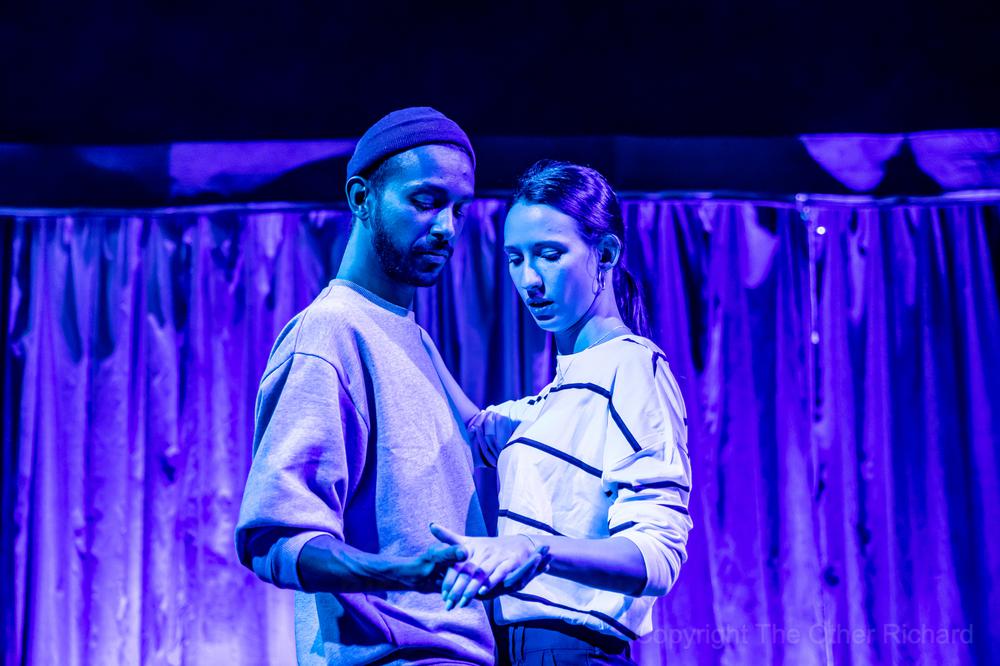 BSL interpretation is seamlessly incorporated into the action with terrific work from Rachel Merry who acts almost like an extra character, sometimes coming between the two, sometimes acting as either confidant or commentator, but always demonstrating the way what we say or do is mediated, even by those speaking the shared language of love.

The ending is still in need of a little help to make it more dramatically satisfying, but this is a terrifically engaging evening. Anna Himali Howard’s buoyant production is designed by Mydd Pharo to emphasise that private relationships are always subject to public scrutiny. Lovely playful performances too from Emily Stott and Ragevan Vasan as the lovers.

I Wanna be Yours runs at the Bush Theatre until Sat 18 Jan.

Tip: you can get your tickets to this production right here on Stagedoor for the same price as going direct