In Lucy Kirkwood’s updated version of Hedda Gabler (available via the Bristol Old Vic website), she is the daughter of an Oxford don.

Her husband, George Tesman, is an academic studying robots and consciousness who mistakenly thinks a senior lecturer post at UCL is in the bag, and the pair of them have bought a house they can’t afford in Notting Hill and are mortgaged to the hilt.

As is almost always the case with contemporary versions of this 19th century play, Kirkwood doesn’t quite solve the problem of why a modern Hedda doesn’t just go out and get a job. But she has a very good shot at it. Kirkwood even has Toby Brack (Michael Drake), the brash young lawyer with an eye to the main chance who has wormed his way in the Tesman household, observe that it’s high time Hedda stopped drinking the bloody coffee and started making it. 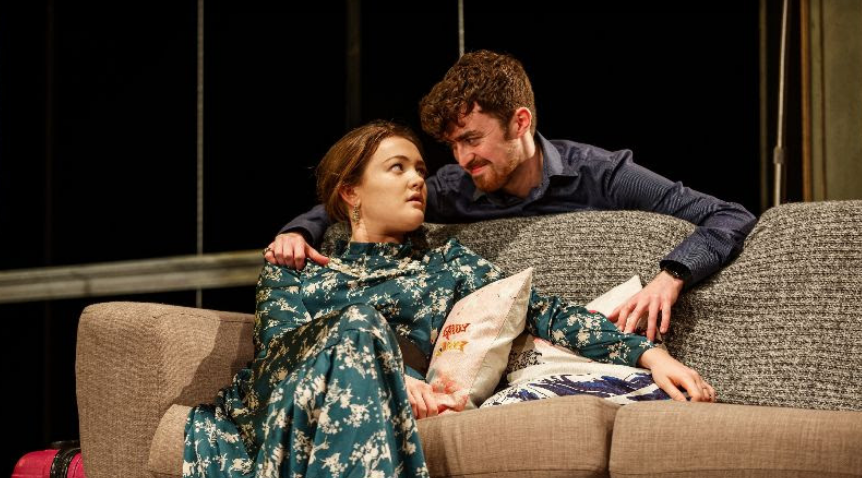 As played by Emma Hadley-Leonard this Hedda is the school mean girl, the damaged bully who has never really grown up and who basked in the reflected glory of her recently deceased academic father without achieving anything herself. Now, returning from honeymoon in Japan, married to a man she doesn’t love, unhappily pregnant, and with job rejections raining through the letter-box, Hedda belatedly realises that her options are narrowing. Hadley-Leonard gradually lets us see the panic beneath Hedda’s scornful gaze as the dangerous game she is playing both with Toby and Eli starts falling out in a way that she is never going to win. She is doomed to a life more ordinary.

Jenny Stephens’ production often lacks pace, takes a while to warm up and almost scuppers itself with an unnecessary interval. But it’s good to see Kirkwood’s consistently interesting take on a familiar classic getting another outing after its 2008 Gate premiere, and this live-streamed production offers a chance to see final year students from Bristol Old Vic Theatre School biting into it with relish. 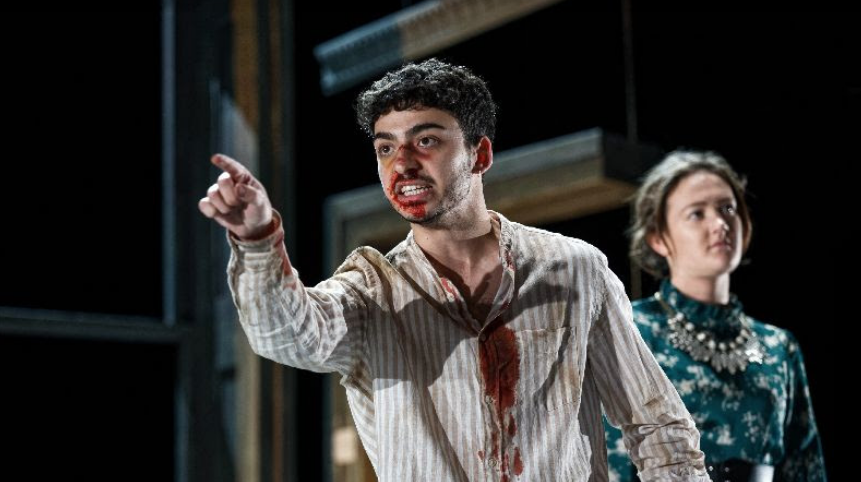 Charlie Hall’s George begins as anxious suitor to his own wife but also shows the moment when he falls out of love with her; Drake is subtle as the deeply unpleasant Toby, and when Issam Al Ghussain’s Eli and Hedda are together there is an electric mutually self-destructive chemistry.

In Kirkwood’s astute hands, Eli’s masterpiece-- theorising about the future perfection of the human race-- takes on added irony because every single character is so flawed. If the production does always manage to match the sparkiness of the writing (and Ibsen’s exquisite plotting), there are some electric moments to savour: most notably Hedda’s account of encountering a moose on the streets of Oslo as a teenager; and her and Eli’s recollection of a warped Lou Reed style Perfect Day that haunts them both.

Hedda is live streaming tonight (Fri 20 Nov) and is available on demand from Monday 30 Nov. You can book tickets here.