We keep telling the same stories over and over.

Sometimes the old stories, the fairy tales and myths can be a liberation. But perhaps sometimes they can trap us too, locking us in the same destructive patterns of behaviour like actors behind the footlights condemned to follow the same script each night.

Glass. Kill. Bluebeard. Imp. (Royal Court) by the mighty Caryl Churchill is a quartet of plays that draw on age old fairy tales, myth and superstition. Do the splinters from these stories lodge in our eyes, distorting our vision, like the fragments from the cursed mirror in the story of the Snow Queen?

Hans Christian Andersen’s story is echoed in Glass; about a girl so apparently fragile that her mother wraps her in bubble wrap and leaves her on the mantlepiece. Glass offers a snapshot of a world where bullying, abuse and self-harm are so rife that it is little wonder that they shatter, even as they try to save each other like Gerda and Kai. 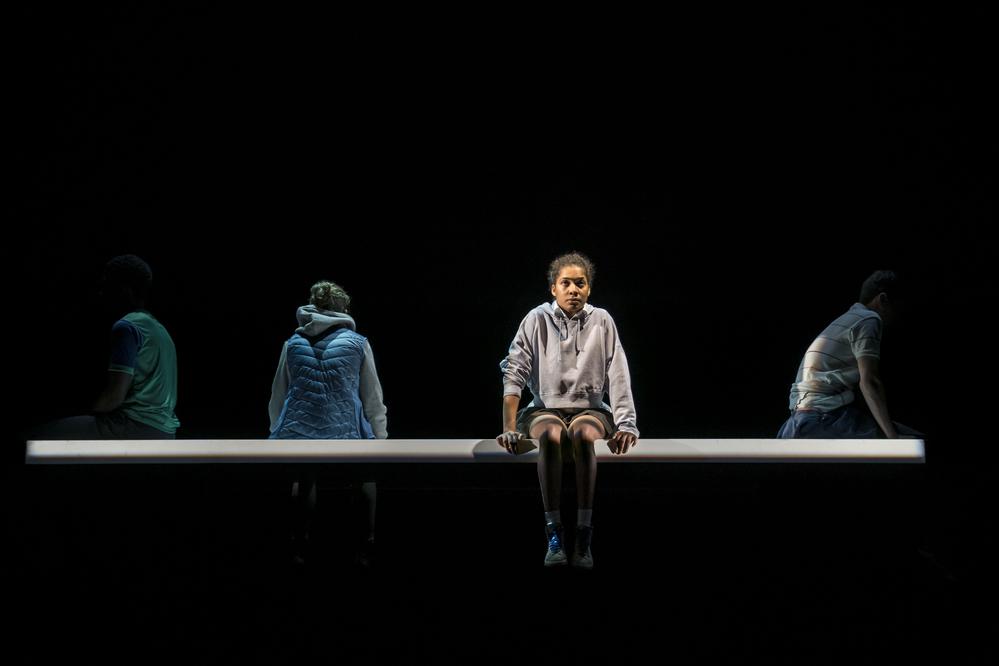 Kill offers the Gods (Tom Mothersdale) sitting on a fluffy cloud offering a whirlwind tour through many of the most famous Greek myths while the People (represented by a single small boy apparently doing his homework) sits below. “We don’t exist, people make us up,” observe the gods. And it is people who make up the stories too, the stories of murder and violence and revenge and rape that are handed down to us and that we repeat and play out in the real world. “We say stop,” say the Gods. “Please stop.”

In James Macdonald’s unshowy, effective production, framed by Miriam Buether’s design that offers a red velvet curtained music hall style stage in front of which an acrobat juggles and performs tricks, the acting always matches the deadly precision of every word. This is an evening which is often as lethally funny as it is surreal. Churchill is not afraid of making mischief. 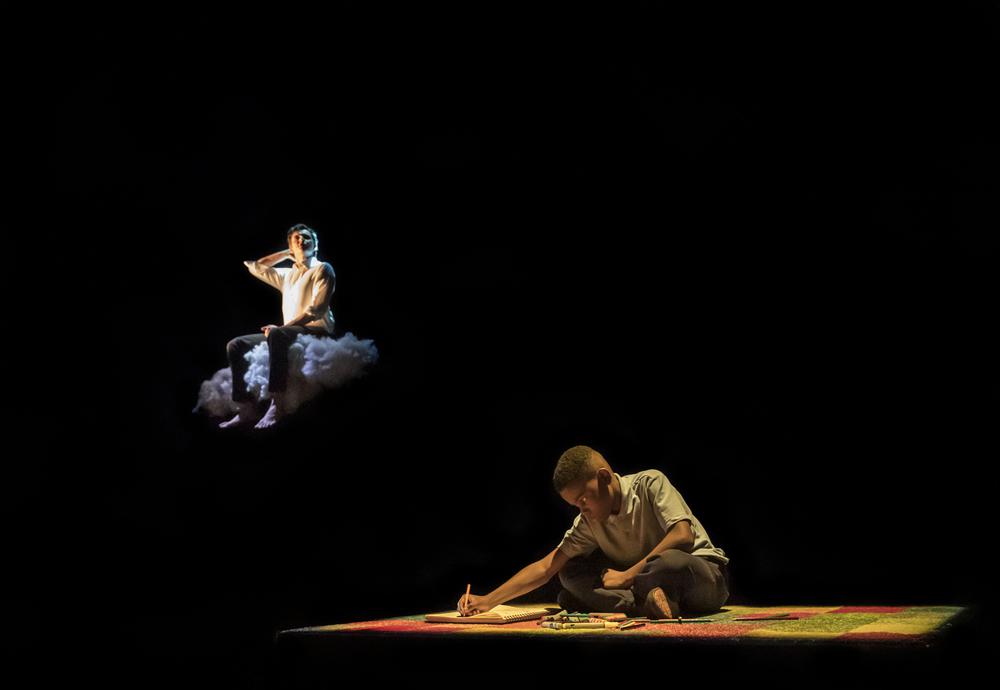 “Should we have noticed?” enquires the sublime Deborah Findlay with pointed blandness in Bluebeard’s Friends; which sees a group gather to discuss the man who they once numbered amongst their friends. Toby Jones’ character has been quick off the mark on Twitter to express his horror at discovering that his close pal was a serial killer. The friends chat, distance themselves and look to turn a profit from the situation. Meanwhile, behind them, the bloodied dresses of the victims hang like a reproach. Because of course when we tell and retell the stories of serial killers it is the female victims who are always forgotten. 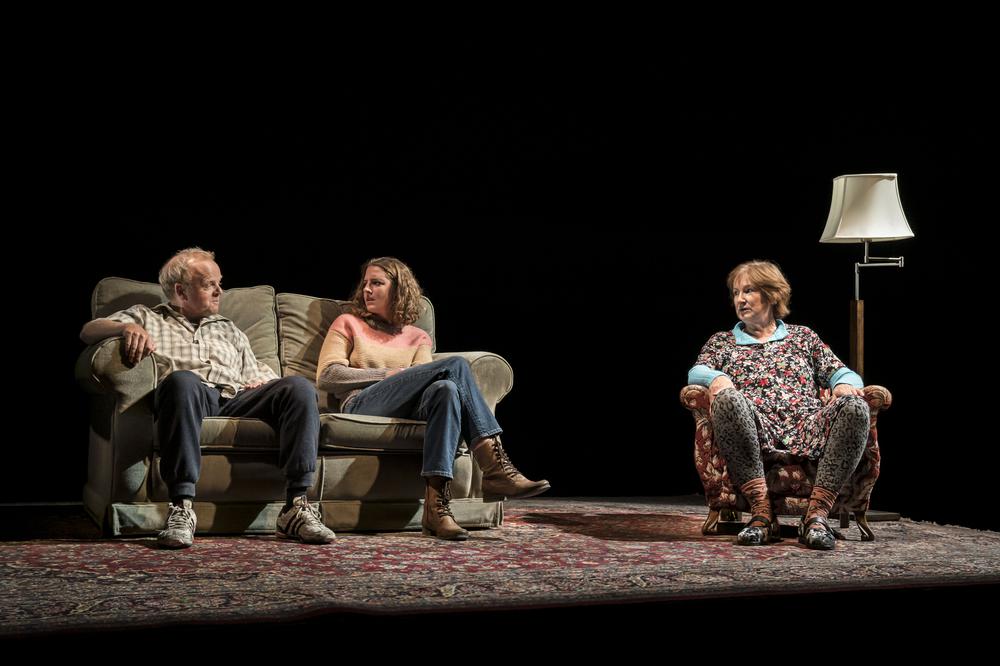 The longest piece, Imp, also features Findlay and Jones - this time as a pair of elderly cousins with health problems. She is confined to an armchair; he runs to ward off depression, collecting snippets of over-heard stories with echoes of King Lear and Oedipus. The pair take rather too much of an interest in their young niece’s (Louisa Harland) relationship with a local homeless man (Tom Mothersdale). They try to control her narrative. There are shades perhaps of old stories like The Monkey’s Paw but also of Alan Bennett in this comically creepy exploration of superstition and the stories we tell to unfrighten ourselves, but which, like the Furies, come back to bite.