If a brood of hens detect signs of vulnerability, they will peck the weakest to death.

At St Helen’s school where a group of 20 girls are selected to join the reception class there is very definitely a pecking order and Scarlett is way down on it. She doesn’t even get invited to all the birthday parties. So, there is surprise and not a little jealousy from her contemporaries when they get to go to a co-educational secondary school and it is Scarlett who proves very popular with the boys.

I saw Evan Placey’s Girls Like That when it was at the Unicorn in 2014 and it’s that production, directed with real zest by Esther Baker, which is available online. Some of the filming makes the action feel quite distant meaning some detail is lost, and even though it was just six years ago teenage behaviour on social media has moved on. But nonetheless this is still very much worth a watch and would be a terrific show to share with your teenagers. It has an appealing high voltage energy. 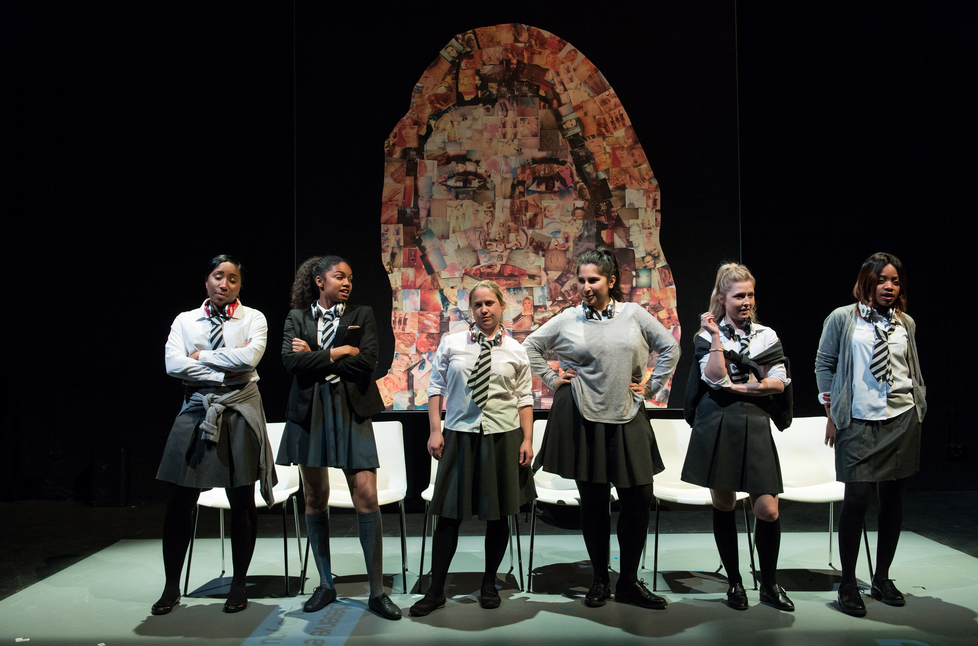 Performed by a chorus of six young women, Girls Like That looks to the past, and women’s fight for equality, as it ponders the bonds of sisterhood and camaraderie amongst teenage girls in contemporary Britain. It is neatly put together with a good sense of irony. When a naked picture of Scarlett goes viral it is during a history lesson about the Suffragettes. But of course, the St Helen’s girls will support one of their number, won’t they? Because St Helen’s girls are friends for life.

Actually, they hang Scarlett out to dry, commenting on her body to cover their own insecurities, distancing themselves from her. “I feel good because her belly button is an outie.” “If I hang out with her, I’m approving of her behaviour.” Unsisterly judgement is rife and comes in stark contrast to attitudes about teenage boys and their sexual behaviour. 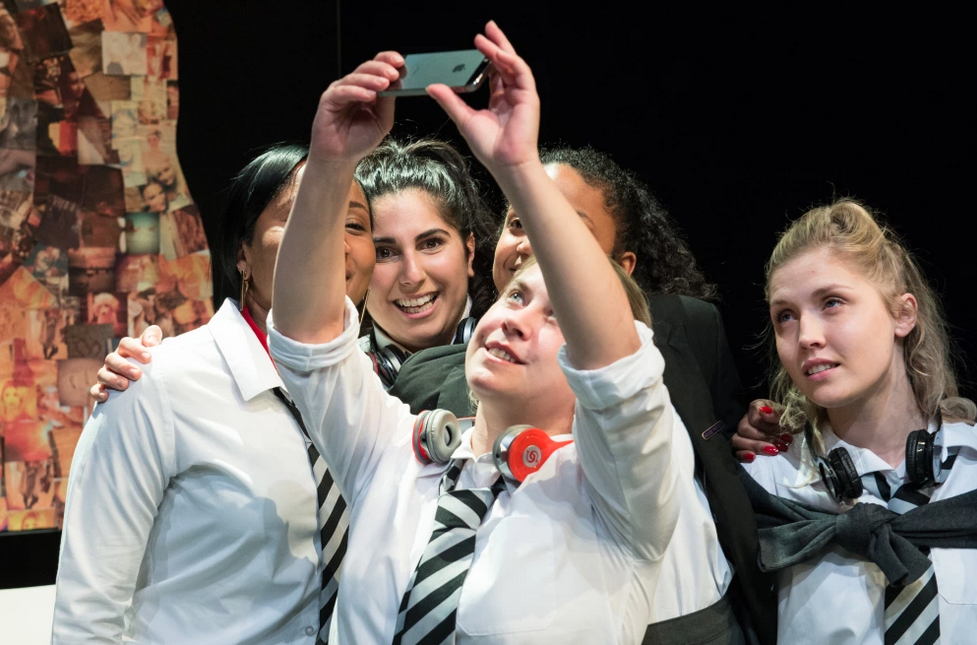 There is plenty to digest here and the show supplies some neat twists. It may not have the electrifying urgency that it had when I watched it with an audience of teenagers back in 2014, but this remains a very watchable 75 minutes which is robust in the way it interrogates the double standards that apply to girls not boys and which asks why it is when women have fought so hard for equality they are still slut-shamed not just by men but by their sisters.

You can watch Girls Like That in full here.