The new Boulevard theatre in the heart of Soho is a class joint, and its opening show, 'Ghost Quartet', certainly hits all the high notes.

The intimacy of the in-the-round auditorium is used to atmospheric effect in Bill Buckhurst’s minimal staging of this musical ghost story. It’s written by Dave Malloy whose Preludes was a knotty pleasure at Southwark Playhouse earlier this year and whose Tony nominated off-Broadway hit, Natasha, Pierre and the Great Comet of 1812, is yet to land here. 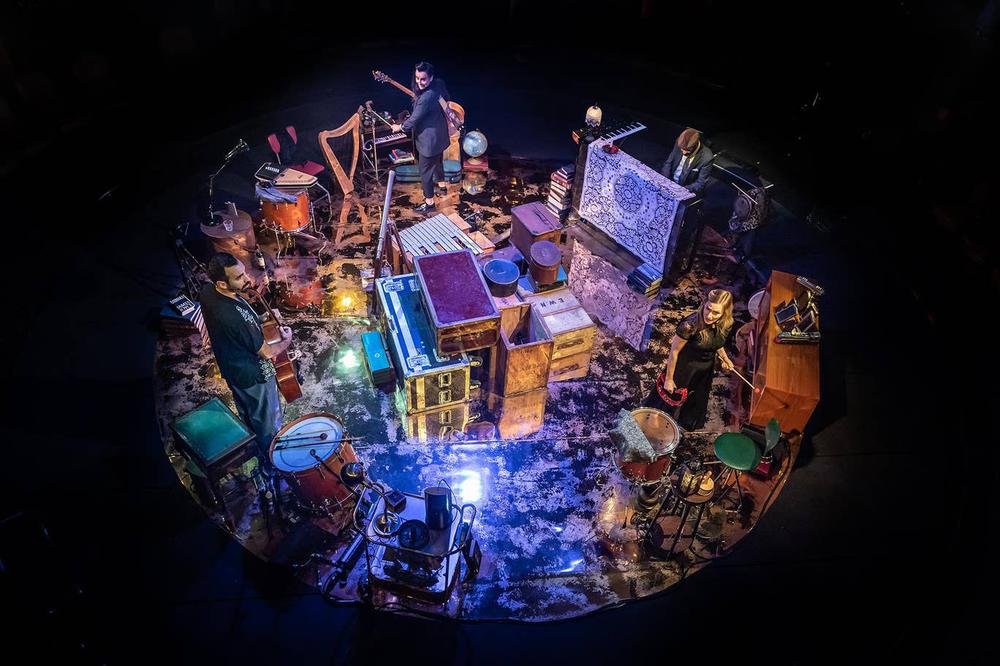 The company of Ghost Quartet. Photos by Marc Brenner.

The truth be told, Molloy’s piece, that sits closer to a concept album than any fully fledged musical, and which leaps back and forth over more than a century to tell a whisky-soaked tale of sisters Rose and Pearl (Carly Bawden and Maimuna Memon) tied by blood, betrayal, star-gazing, lost children and an Astronomer, (Zubin Varla) is not going to be remembered for its narrative impetus and clarity. But it will for its rich musical tapestry, the way it can tell a story in a single song and its ability to create moments that suddenly feel as if a cold hand has clutched at your heart. It curls around itself like a shimmering snake.

The musicianship—including Niccolò Curradi on the cello and more—is superb, and Buckhurst’s staging, aided by Emma Chapman’s lighting that delivers spools and shafts of illumination, may be restrained but very definitely emphasises the piece’s strong theatrical instincts. There are times when the fantastical tips over into the fanciful and everything is just a breath away from the fey. But it always holds back, and it acknowledges and embraces the audience with several delightful moments of participation. None better than its parting gift, a little surprise which reminds that we all have stories to tell and music to make. 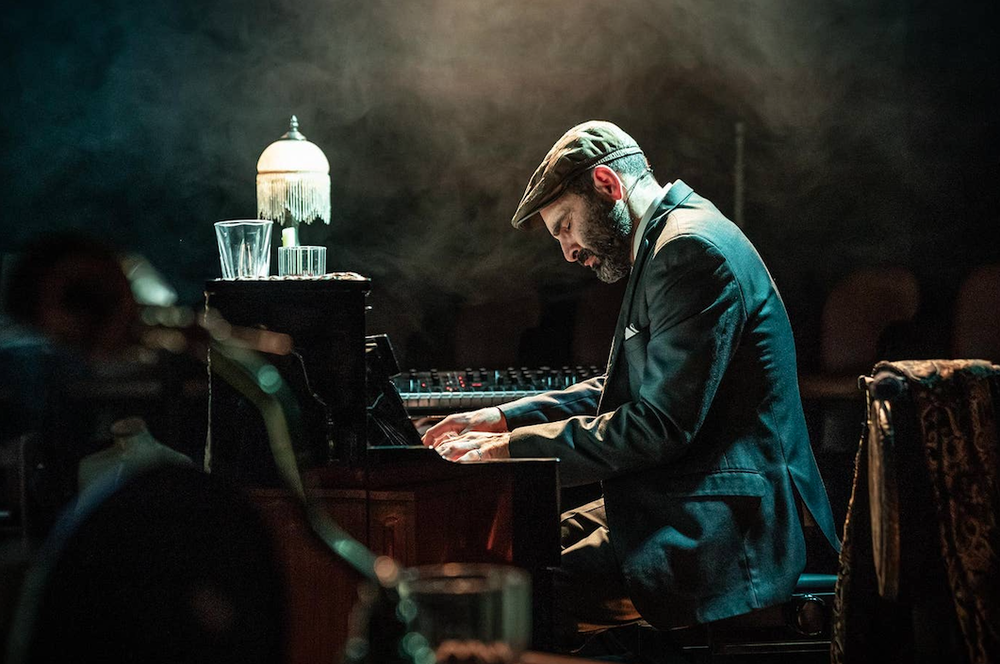 Ghost Quartet runs at the Boulevard Theatre until Sat 4 Jan.