Enough to make you want to swear to celibacy and become a hermit, Games for Lovers is an exhausting four-hander about a group of millennials in search of love.

It is directed by Anthony Banks in the style of an over-tired toddler on a design by Simon Scullion that comes in Edinburgh rock colours and has something of the nursery about it. At one point the cast (more hard-working for less return than any in London) whizz about on scooters for no discernible reason. 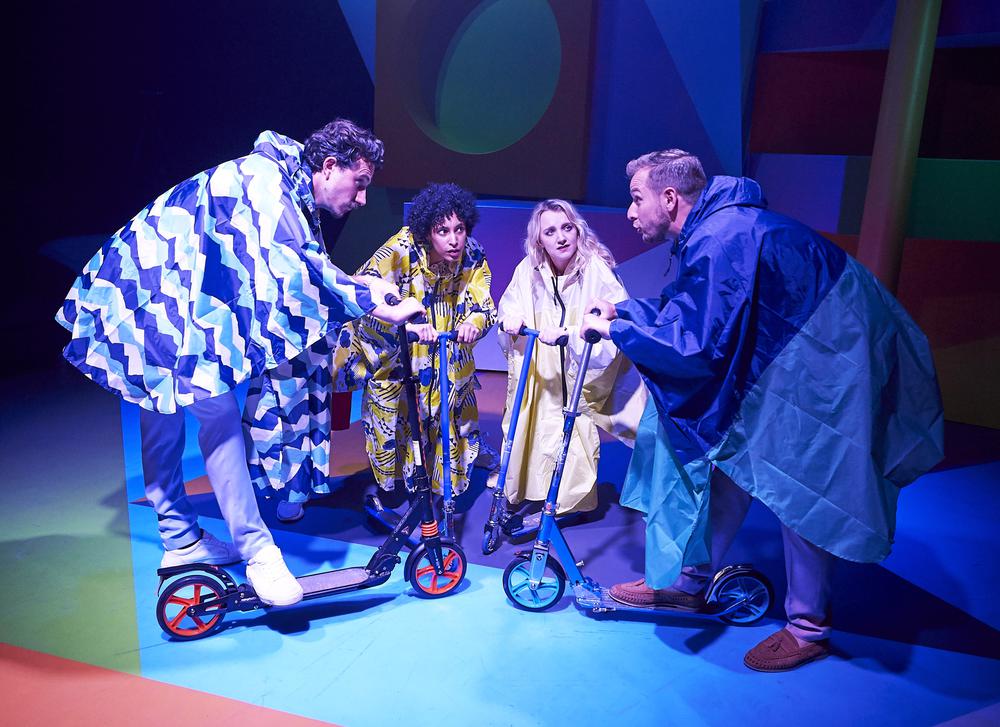 But hey, this is a production that screams FUN! FUN! FUN! With every atom of its being and it’s is certainly not going to sacrifice exuberance in favour of believable characters, story or emotional truth. Maybe because Craig’s script offers very little of any of these as it tells of Martha (Evanna Lynch) who has fallen in love with her best friend Logan (Calum Callaghan) who is trying to make his relationship with Jenny (Tessie Orange-Turner) work. Then there is Logan’s friend Darren (Billy Postlethwaite), a complete dick, who thinks he is the world’s best chat-up artist. His relationship advice for Martha—after she rents his spare room—has a comic pay-off, although why she follows it through when her heart lies with Logan remains one of the evenings’ many—but none too compelling—mysteries. 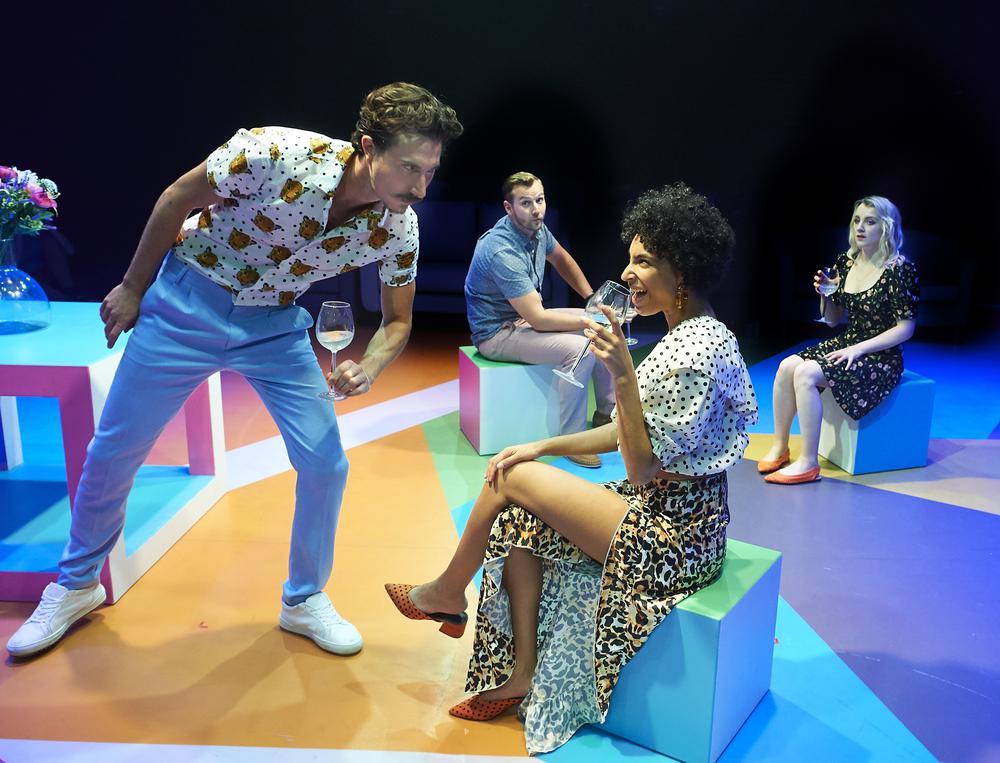 The piece seems pretty oblivious to the contemporary mores and methods of on-line dating, and the sexual politics seem to have come out of the ark (possibly further back because there is an actual caveman joke about how dating was easier when you just hit her over the head and dragged her off). The relationship between the two women is only ever one of rivalry with Jenny thinly and unsympathetically written.

The lack of robustness in the writing means it’s hard to believe in the depth of Logan and Martha’s connection, and as for Darren (or Wham as he likes to call himself), while Postlethwaite works hard to suggest the insecurities that drive the man, he is less a sad clown than just intensely irritating. The venue boasts front row “lovers' sofas” for couples but after seeing this they are likely to want to lie down. Alone.

Games for Lovers runs at The Vaults until Sun 25 Aug.