In Shakespeare’s Hamlet we last see the doomed Ophelia handing out flowers. These flowers have meaning. Rosemary is for remembrance. Pansies are for thoughts.

The flower scene is the last we see of the teenage girl who has so little voice in the play which bears her ex-boyfriend’s name. She appears in just five scenes and is given just 58 lines.

In her final scene, Ophelia keeps a daisy for herself. The daisy represents innocence. But in Funeral Flowers, written and performed by Emma Dennis-Edwards, it is lilies that represent innocence for 17-year-old would be florist, Angelique. Angelique has been dealt a difficult hand with her mum in prison and a boyfriend from college, Micky, who rolls with a bad crowd and doesn’t want to admit to their relationship in public.

But Angelique is prepared to defend him. She’s seen the photos of him as a cracked tooth little boy at his gran’s, and besides she’s got big plans for her future. Her college tutor thinks that Angelique has talent and has already got her to help out at a wedding. Who knows, maybe one day Angelique could be doing the flowers for London Fashion Week? Maybe save enough to buy a flat where she can live with her mum? 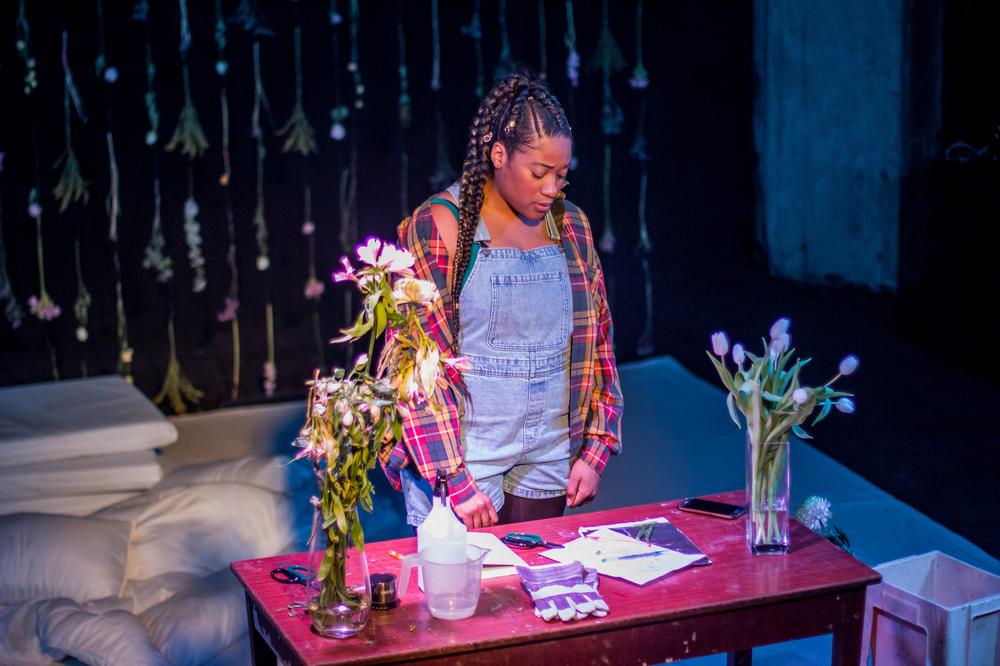 But is Angelique’s innocence about to be shattered by the machinations of men, just as Ophelia is destroyed by patriarchy and toxic masculinity? Is the intense smell of flowers that greets you as you walk into the theatre a reminder of Angelique’s aspirations for a new life? Or a reminder that something is rotten in Angelique’s life? There is a moment when lily petals fall on Angelique’s head like a blizzard on snow.

Unlike Ophelia, Angelique is given a voice and it is a wonderfully distinctive one: fresh, direct, and entirely without side. Dennis-Edwards can’t just write. She is an engaging performer too, and one who makes you root for Angelique right up to the wire. Rachel Nwokoro’s production (which comes neatly designed by Minglu Wang) breaks the fourth wall. It allows the audience to dabble in a little flower arranging and moves us about the auditorium so that you feel that you are at the party where things go so wrong, and inside both Angelique’s bedroom and her head as she deals with the fall-out. 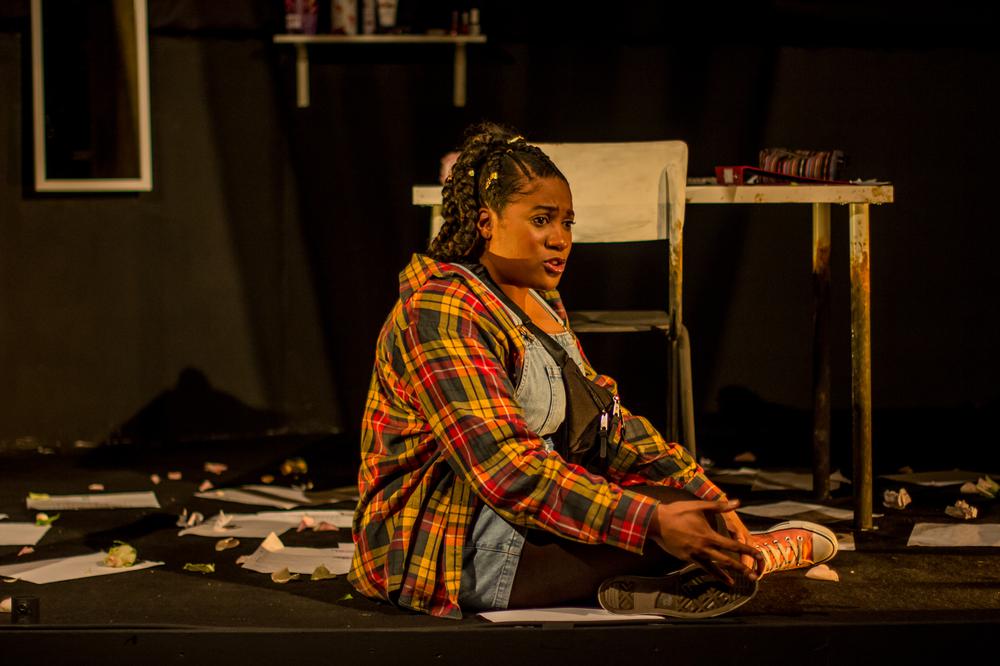 Is this sophisticated theatre? No. But there are some great scenes (one in a car with Angelique’s gay foster parent is particularly well observed) and it is so heart-felt and so true that it is easy to forgive the occasional clumsiness and simply decide that you are on #TeamAngelique.

I have often wondered about the legacy that the misogyny of Hamlet—a play constantly held up as one of the greatest of all time—has had on British theatre and how the play’s portrayal of Ophelia has led to the trope of the fragile teenage waif, and left women on stage silenced for over 400 years.

Funeral Flowers may be a small one woman show but this funny, fearless, heart-breaking piece is part of a fightback by female theatre-makers to ensure that at long last the world’s Ophelias are getting their say, getting their stories told and are no longer condemned to slide from the narrative into watery graves. For that alone, the show deserves a bouquet.

Funeral Flowers runs at the Bunker Theatre until Sat 4 May. You can find tickets here.